Lady Louise Windsor, 17, was raised outside the royal spotlight but joined her parents Sophie, Countess of Wessex, 56, and Prince Edward, 57, for a number of public outings following Prince Philip’s death in April. Louise was deeply fond of her grandfather who taught her how to carriage drive ponies – a passion she has kept alive following his passing.

Louise is understood to have inherited Philip’s beloved ponies and trap and continues to practice the sport.

Sophie and Edward revealed how their children and the rest of the Royal Family were mourning Philip in a new interview with the Telegraph.

During the sitdown with royal editor Camilla Tominey, the Countess told a touching anecdote about how her children keep expecting to see their grandfather driving arrive on their estate.

Ms Tominey wrote: “As we chat for an hour at their Grade II listed mansion, before they collect their children Lady Louise Windsor, 17, and James, Viscount Severn, 13, from school, they tell me how they keep expecting to see ‘Grandpa’ arrive in his green Land Rover Freelander.” 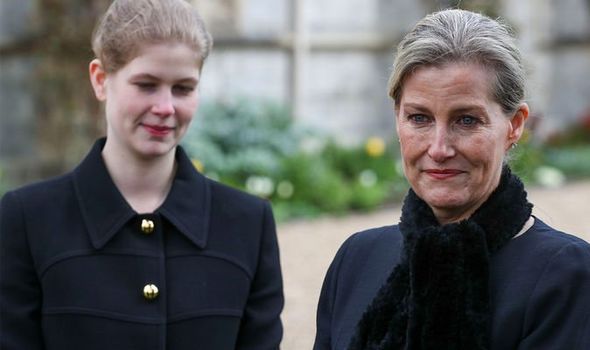 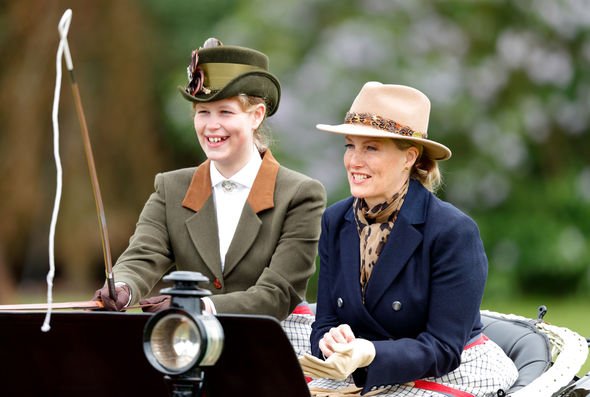 The royal expert added: “As regular visitors to Windsor Castle, which is just 15 minutes from Bagshot, the Wessexes have spent many weekends whiling away the hours riding through Windsor Great Park under the gimlet eye of its former Ranger.”

Sophie went on to reveal how Louise had felt adrift without her grandfather during a recent carriage driving session.

The Countess said: “Louise went out training the other day and I was standing there, expecting the Duke to turn up and give her a few tips or just ask her how things were going.”

According to Sophie and Edward, their daughter has also found great solace in taking part in the Duke of Edinburgh Award Scheme – arguably Philip’s greatest achievement as a working royal. 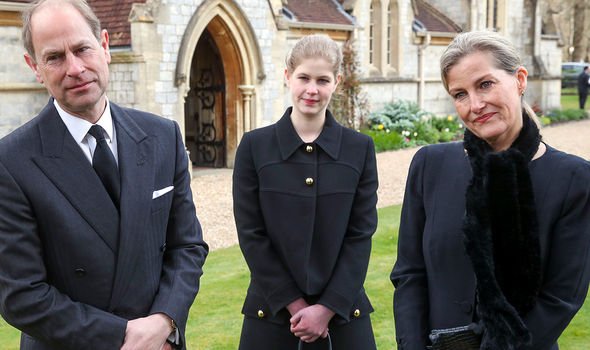 Edward took charge of the scheme following Philip’s retirement from public life in 2017, and both of his children are taking their awards.

While Louise will complete her gold-award expedition next summer, her brother James, Viscount Severn will start his bronze award next year.

Explaining how Louise had benefited from the scheme, Edward said: “Taking part has made Louise more confident.

He added: “It’s just broadened her horizons. I think she’s probably got a little focused on, especially at the school she is at, just on the academics but…”

Sophie interjected: “She’s loved it, it’s really pushed her into doing things that she’s had to schedule into her routine.

“She’s quite a committed person anyway. This is the kind of thing that really ticks the boxes for her.

“But in terms of confidence, it’s given her a huge amount.

“She’s taken up fencing again as her skill, which she has really loved.” 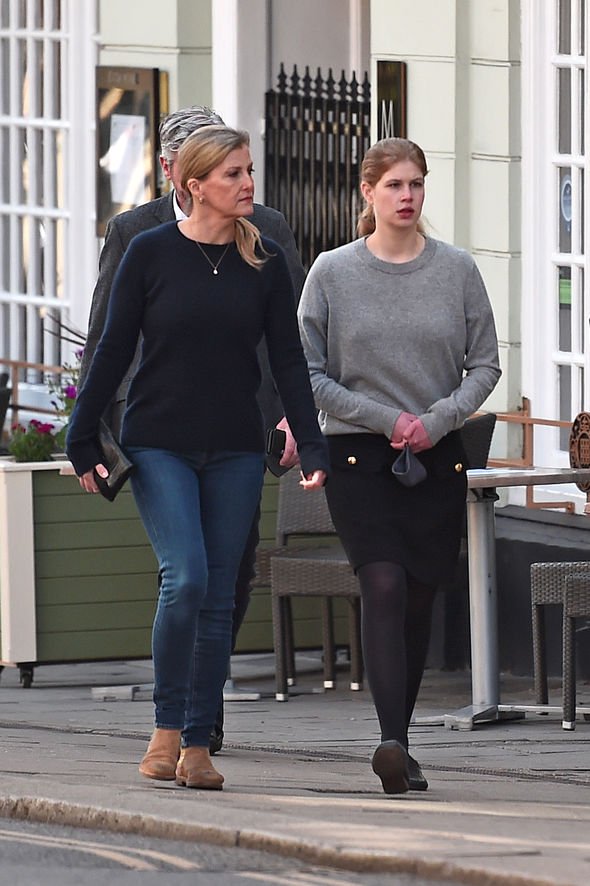 Louise is currently studying for AS-Levels in English, History, Politics and Drama.

She will get her results on August 10 but her grades are unlikely to be made public – last year her GCSE results were kept quiet and Buckingham Palace said they were a private matter.

Sophie has previously expressed her wish for Louise to attend university but said the decision will ultimately lie with her.

Louise was raised without her HRH style and princess title but will be able to choose whether or not she wishes to use them when she turns 18 in November.