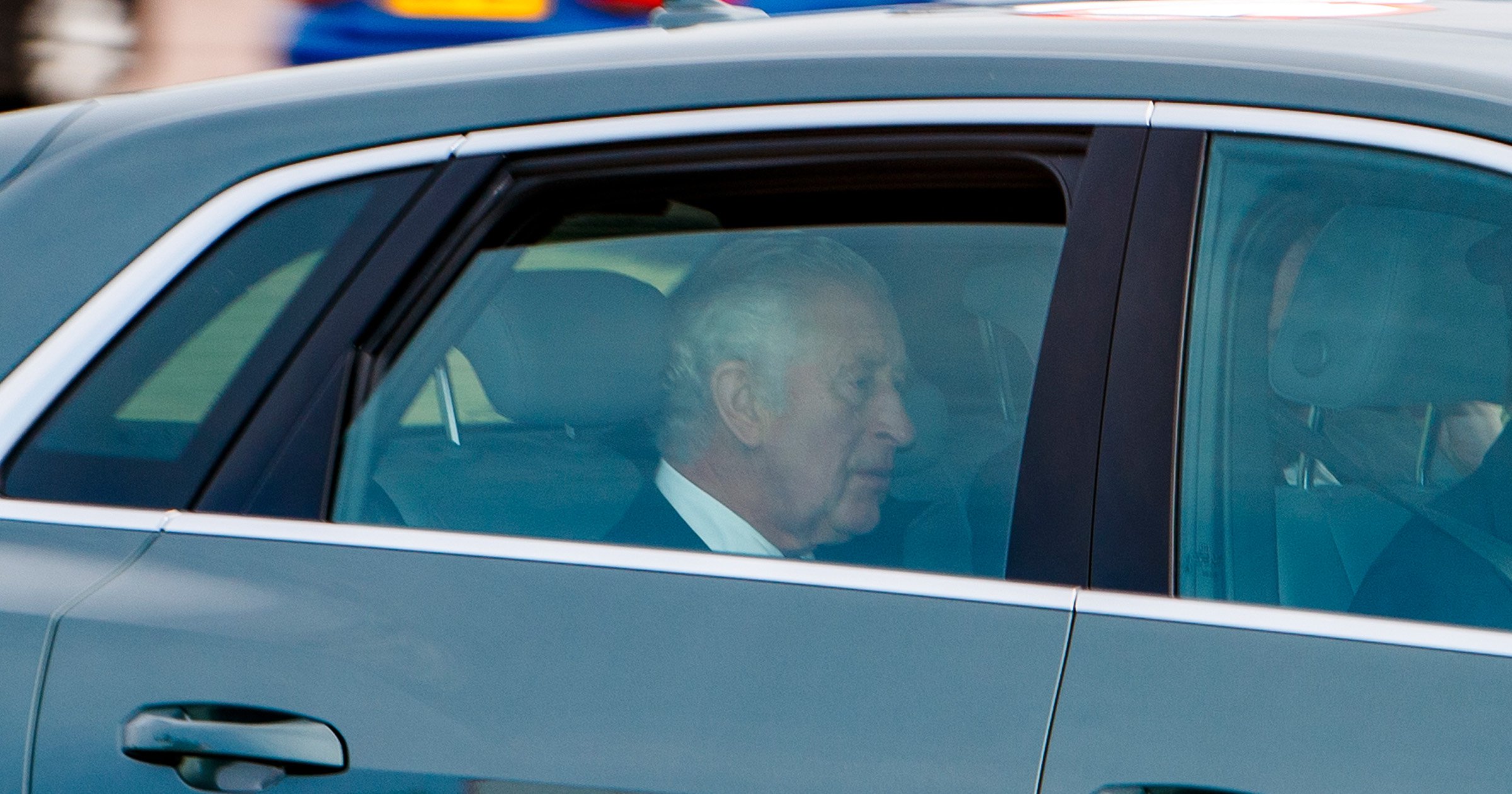 After a gruelling 12 days of public engagements, King Charles III now has some time to grieve the loss of his mother privately.

He has flown to Balmoral in Scotland, the estate in the Highlands much loved by the Queen where she died on September 8.

Along with Queen Consort Camilla, he flew by his private jet from RAF Northolt to Aberdeen Airport, and was pictured being driven away from the airport at around lunchtime today.

They are thought likely to stay at Birkhall, his own home on the estate in the Cairngorms, which is around seven miles from the main castle.

The estate was meaningful to the Queen and is where she spent many happy times.

Today, the royal family shared a photograph of her as a much younger woman walking through heathland near the estate in Scotland.

A Shakespeare quote beside the image reads: ‘May flights of Angels sing thee to thy rest.’

This is the same quote King Charles used to end his historic first television address as Britain’s monarch.

The royal family is observing another week of mourning for the Queen after her state funeral yesterday.

So far, they have been dealing with their grief very publicly, with TV cameras following each daily event.

Now the Queen has been buried alongside her husband Prince Philip, they will have a chance to come to terms with the change more privately.

There are no official engagements planned, and the world leaders, foreign royals and visiting dignitaries will be making their way home.

Prince Harry and his wife Meghan are also expected to fly back to America shortly, having stayed without their two children much longer than they initially planned as the Queen died while they were on a mini European tour.

No date has been fixed for the coronation of Charles, but it is expected that, in line with royal precedent and due to the large amount of planning involved, there will be at least several months between the funeral and the crowning of the new monarch.

Central London today was much quieter than it has been for almost two weeks, with a huge clean-up operation underway this morning.

There was a quiet and reflective atmosphere at the floral tribute in Green Park, with a fraction of people stopping to pay their respects compared with previous days.

Although the official 10 days of national mourning came to an end today after the Queen’s funeral, people from around the world have come to take pictures of the many tributes left from people who adored her.

Alexandra Brown, a 37-year-old civil servant from Brixton, London, said: ‘It’s quite emotional, It’s amazing. All the different countries and different ages. It’s amazing the impact she had on people.

‘I thought given yesterday was like the last final day of mourning, as I haven’t been down, I thought this morning is quite a nice sunny day, it’d be a nice time to see it before it all gets moved.

‘I thought just to come down and read some of the messages, see some things that people have done and take it in.’

Oriol Julie, a 26-year-old photographer from Paris, France, said she wanted to remember this moment in history by taking pictures before the tribute is cleared.

She said: ‘Because I’m a photographer, I want to remember this whole thing, because everyone is coming here to pay respects. I’ll keep (the photographs) for life and maybe show it to my children later.’