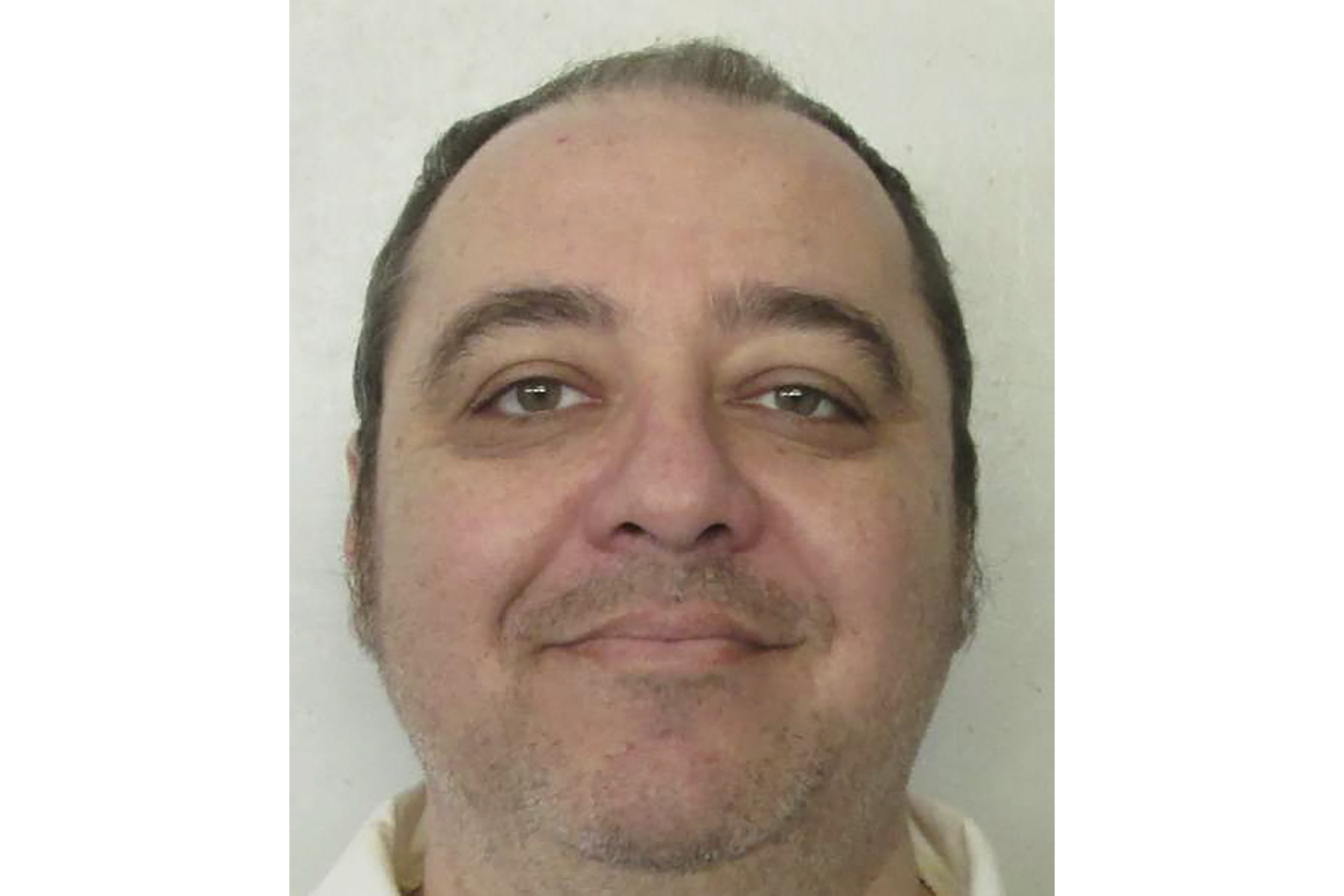 An execution in Alabama was called off after officials spent over an hour stabbing him with needles in a failed attempt to find an intravenous vein.

Prisoner Kenneth Smith was due to be executed this week 34 years after his role in the 1988 murder-for-hire of Elizabeth Dorlene Sennett, a local pastor’s wife who was fatally stabbed and beaten.

His death was postponed at the last minute due to ‘time constraints’ on Thursday.

Prison officials said they were unable to locate the vein required to administer a deadly concoction of chemicals.

Just two months ago, Alabama was forced to call off the execution of prisoner Alan Miller after subjecting him to 90 minutes of agony in a similar failed attempt to find a suitable vein.

Corrections officials left him hanging from an upright execution gurney whilst bleeding heavily for over 20 minutes before informing him that the execution had been halted, leaving the prisoner with severe injuries and suffering from PTSD.

Similarly, back In July state officials took over three hours to execute Joe James Jr, a death row inmate who died in excruciating pain after a botched injection led to him experiencing the longest execution in US history.

Prison officials have maintained the delays were the result of the state carefully following procedures.

Kenneth Smith was one of three men who were each paid $1,000 to kill Elizabeth Sennett on behalf of her husband, who was deeply in debt and wanted to collect on insurance.

‘Kenneth Eugene Smith chose $1,000 over the life of Elizabeth Dorlene Sennett, and he was guilty, no question about it’, Ivey said.

‘Some three decades ago, a promise was made to Elizabeth’s family that justice would be served through a lawfully imposed death sentence.

‘Although that justice could not be carried out tonight because of last minute legal attempts to delay or cancel the execution, attempting it was the right thing to do.’

However, Smith’s treatment drew harsh criticism from anti-death penalty group Repreive, who said the state’s botched executions were the definition of ‘cruel and unusual punishment’.

In a statement, the group’s director Maya Foe said: ‘No matter how many executions its officials catastrophically mishandle, Alabama appears determined to persist with lethal injection.

‘Alan Miller and Joe James were all subjected to prolonged suffering, but the state pressed ahead with Kenneth Smith’s execution regardless, using the same broken procedure.

‘Being prepared for execution, strapped to a gurney and stabbed again and again with needles as prison officials try and fail to kill you is torture.

‘It is the definition of “cruel and unusual punishment” and even supporters of the death penalty must recognise that it is time for Alabama to think again.’

John Forrest Parker, one of two others convicted of the slaying, was executed in 2010. ‘I’m sorry. I don’t ever expect you to forgive me. I really am sorry,’ Parker said to the victim’s sons before he was put to death.

He was joined by accomplice Billy Gray Williams, who was sentenced to life without parole, and died in prison in 2020.

According to court documents, victim Elizabeth Sennett was killed after she was beaten and stabbed eight times by the three men at her home in Cherokee, a rural town in Colbert County.

The three men were each paid $1,000 for the killing by Elizabeth’s husband and pastor of the local church Charles Sennett Sr, who later killed himself when the murder investigation began to focus on him as a suspect.