A man has died and an 11-year-old is in a life-threatening condition after a lorry collided with two cars before crashing into a house in southeast London.

The unnamed man, who was driving the lorry, was pronounced dead at the scene on Broad Walk in Kidbrooke just after 8am on Monday, while the child was taken to hospital.

Two other men have also been taken to hospital, according to the Metropolitan Police. Their condition is not currently known. 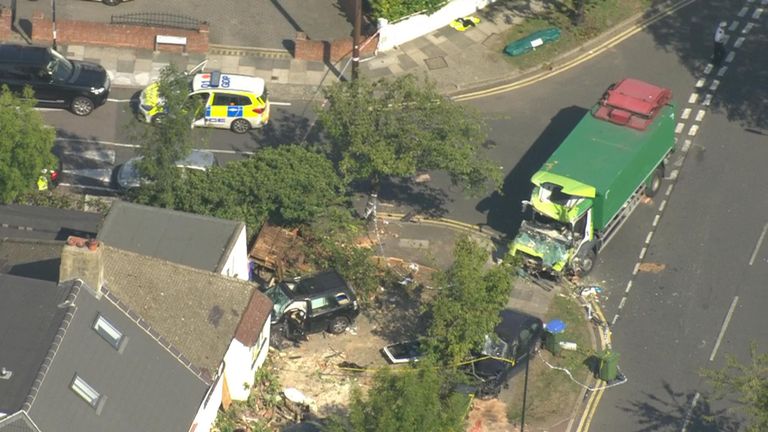 In a statement, a London Ambulance Service spokesman said it had dispatched four ambulance crews, medics in cars, an advanced paramedic and hazardous area response teams in response to the incident.

An air ambulance was also sent out.

The spokesman added: “Unfortunately, one patient was found to have died at the scene.

“Of the remaining five patients, we took three to hospital and two were discharged at the scene.” 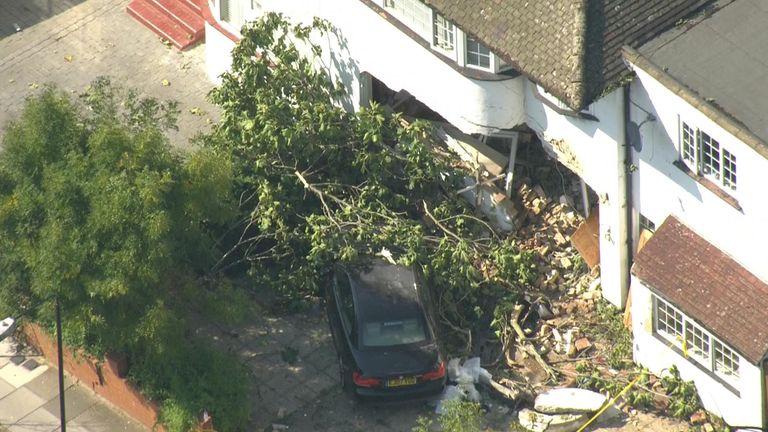 According to London Fire Brigade, the crash involved a lorry and two cars, and resulted in structural damage to a house on Woolacombe Road.

Station commander Nathan Hobson, who was at the scene, said it was a “challenging incident” which was responded to by specialist urban search and rescue crews.

He added: “Efforts were made to free the lorry driver but sadly he was pronounced dead at the scene.”