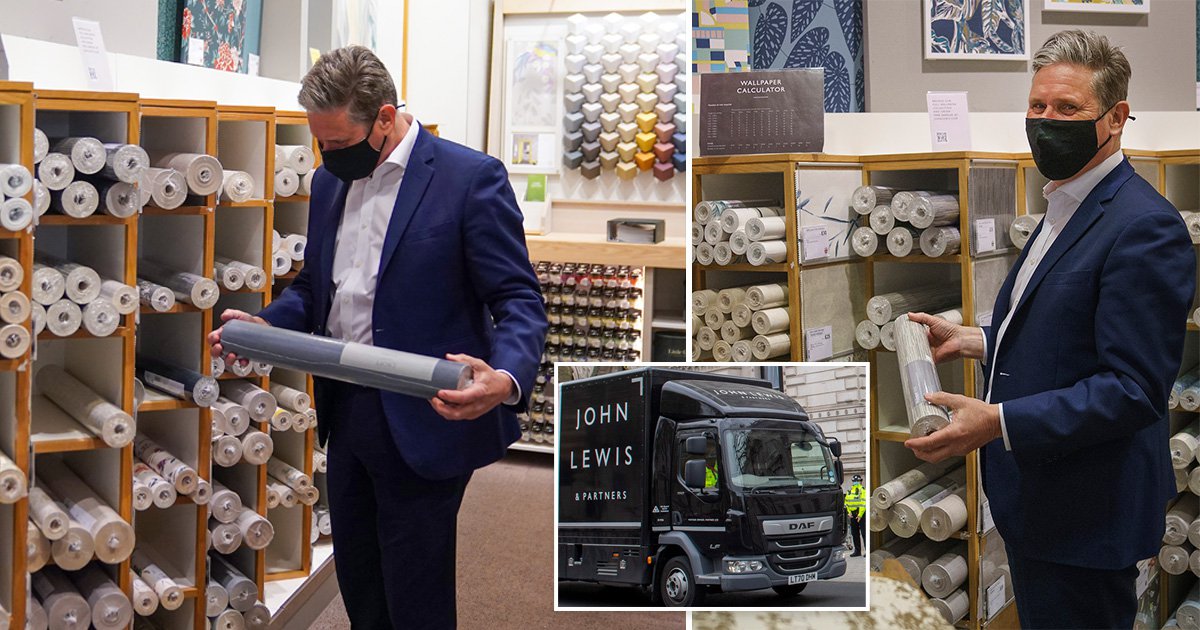 John Lewis might not be good enough for Boris Johnson but the opposition leader doesn’t seem to mind it.

The PM has insisted he loves the retailer following reports he and his fiancee Carrie Symonds decided to redecorate their 11 Downing Street flat after inheriting a ‘John Lewis furniture nightmare’ from Theresa May.

John Lewis have taken it in good spirit, tweeting that their home design service has something for ‘almost’ everyone.

Johnson is now the centre of a so called ‘cash for curtains’ scandal, with the Electoral Commission announcing it will investigate how he funded the makeover, which is reported to have cost up to £200,000.

The Daily Mail alleged Johnson – who earns £150,000 a year as PM – was becoming alarmed at the escalating bill in February last year, as the coronavirus crisis was unfolding.

He is said to have raged to aides: ‘The cost is totally out of control – she’s buying gold wallpaper!’

Reports have suggested wallpaper costing up to £840 a roll was used in the refurbishment.

Downing Street said costs, beyond those provided for by the £30,000 annual allowance, had been ‘met by the Prime Minister personally’, adding: ‘Conservative Party funds are not being used for this.’

However, this does not rule out the existence of a donation or loan arrangement, leading to pressure from the opposition for a formal investigation.

A leaked email suggested Tory peer Lord Brownlow was making a £58,000 donation to the Conservatives ‘to cover the payments the party has already made on behalf of the soon-to-be-formed ‘Downing Street Trust’.

Mr Johnson said he did not believe ‘there is anything to see here’ when asked about the Electoral Commission’s investigation, telling reporters: ‘What we are doing is focusing on the stuff that really matters.’