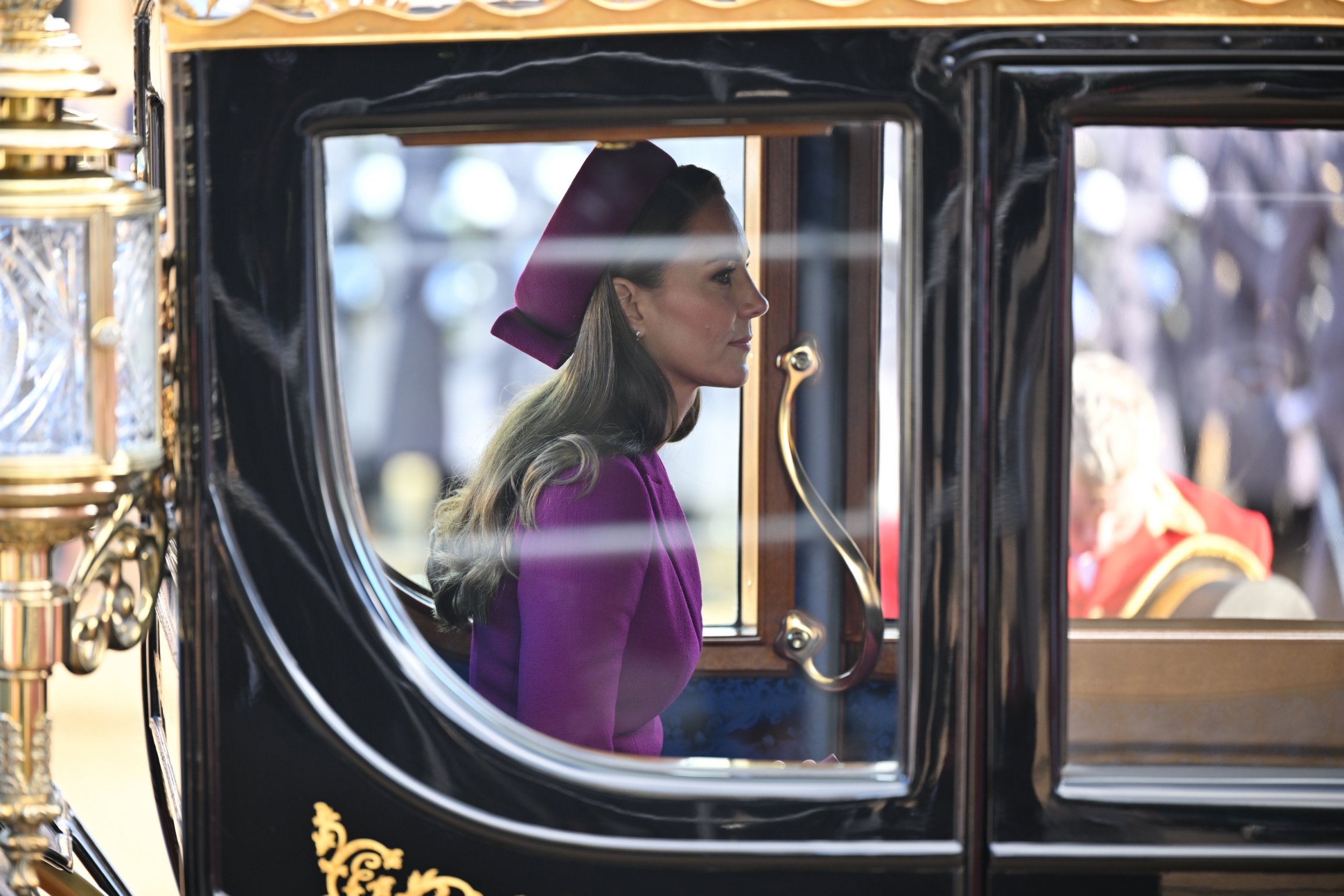 The Prince and Princess of Wales were pictured in a royal coach used to carry family on their wedding day as they welcomed South Africa’s President to the UK on Tuesday.

Prince William and Kate joined King Charles as he welcomed a foreign leader for an official state visit for the first time as monarch.

More than 1,000 soldiers and 230 horses lined up on a chilly Horse Guards Parade to mark the beginning of Cyril Ramaphosa’s two-day stay.

The pomp and ceremony marks a return to the old, after state visits were cancelled for three years during the Covid pandemic.

The Queen Consort was alongside the King as they later travelled with Mr Ramaphosa to Buckingham Palace in the Irish State Coach, which the British monarch normally takes the Palace of Westminster to formally open the new legislative session of the UK Parliament.

The Prince and Princess of Wales followed in the Australian State Coach, with Dr Naledi Pandor, the South African Minister of International Relations.

This is the carriage that carried Charles and Camilla and Carole and Michael Middleton down the Mall to Buckingham Palace following the royal wedding in April 2011.

The coach was a gift from the Australian people to Queen Elizabeth in 1988 and is sometimes used at the state opening of Parliament and other state occasions.

Kate and William had travelled to Mr Ramaphosa’s luxury hotel in central London and accompanied him for the start of the ceremonial welcome – confirming reports that they were set to play a ‘major part’ in the important diplomatic event.

Prime Minister Rishi Sunak was present at the welcome ceremony, joined by senior members of the Cabinet, as well as the Lord Mayor of London, Nicholas Lyons, and the Defence Chiefs of Staff.

As Mr Ramaphosa stepped onto the royal pavilion to be greeted by the King, gun salutes were fired across London.

Mr Ramaphosa was then joined by the King as he cast his eye over the troops.

The president will visit Westminster Abbey before attending a banquet hosted by the King at Buckingham Palace.

Former President Donald Trump’s controversial trip to England in 2019 was the most recent state visit by a world leader.

Planning was launched for his visit during the late Queen’s reign and the King was said to have been ‘delighted’ to continue with the plans.

The South African First Lady, Dr Tshepo Motsepe, has not accompanied her husband on the trip as she is said to be recovering from eye surgery.

The next phase of the UK-South Africa Infrastructure Partnership is being launched on Tuesday.

This will support South Africa’s economic growth through major infrastructure developments and offer increased access to UK companies to projects worth up to £5.37 billion over the next three years, said Downing Street.

Mr Sunak said: ‘South Africa is already the UK’s biggest trading partner on the continent, and we have ambitious plans to turbocharge infrastructure investment and economic growth together.

‘I look forward to welcoming President Ramaphosa to London this week to discuss how we can deepen the partnership between our two great nations and capitalise on shared opportunities, from trade and tourism and security and defence.’