Our End This Injustice fight scored a string of victories when the Domestic Abuse Bill was yesterday granted Royal Assent. Abuse victims had bravely risked jail to tell our readers about their horrendous ordeals. And the Government was so inspired by their stories, it has now vowed to overhaul the Family Court system and put in place extra safeguards to protect them.

The Bill will make it easier for judges to issue barring orders to stop abusive ex-partners from dragging victims back into court.

Victims will also be automatically entitled to head through separate building entrances and waiting rooms. And protective screens will be installed in courts to shield them from their abusers.

All three will be criminalised within the next year.

In an exclusive interview with the Daily Express, Countdown host Rachel Riley had branded the Family Court system “a national scandal”.

She told how the estranged husband of a friend had threatened to kill his wife and children and was able to carry on abusing them through the system. Last night the star praised all involved in the fight for justice. 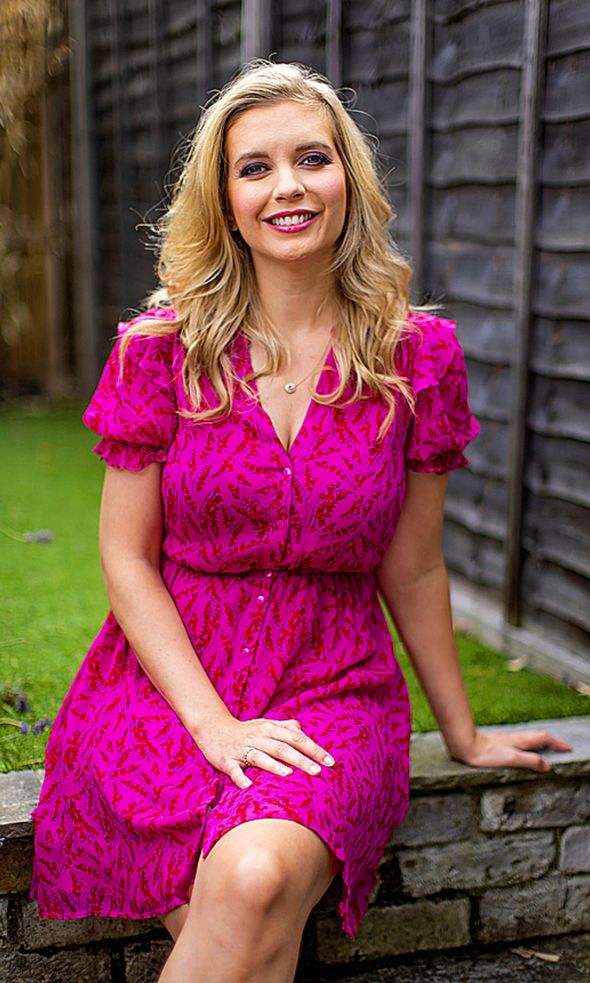 She said: “Well done to the campaigners – the Government were watching you.

“Violence against women has been on the agenda more recently following Sarah Everard’s death and the Domestic Abuse Bill. And your campaign has had an effect.

“Well done to everyone who has made a difference.”

Our campaign was inspired by a woman whose jailed paedophile ex-husband was allowed to control her life and her children’s lives through the Family Court.

He had been convicted for live-streaming their abuse to other predators.

But he used the Family Court to block the mum from selling the home where he committed his crimes. He also refused to let the children change their surname or go on holiday.

Their mum said: “It’s been a long two years. But it was worthwhile speaking out even if it was daunting.

“It’s great the Express picked up on something worthwhile and got so many influential people involved.

“The campaign will change the lives of so many people. I am really thankful.”

Tonia Antoniazzi, MP for Gower, who first told us about the family’s case, said: “To see what they’ve gone through breaks my heart.

“But it’s wonderful to see they have come through – and justice has been done. This campaign made a difference.”

Our crusade was also backed by survivor Sammy Woodhouse, 35, of Rotherham.

She gave birth to a son after being raped – and the rapist father was given information about the boy by the Family Court.

Sammy’s case had inspired The Parental Rights (Rapists) and Family Courts Bill – and prompted the Daily Express to campaign for major change.

Last night she said: “Of all the campaigns I have fought, this was the most difficult.

“A lot of haters and trolls came out – but I knew I had to get the message out there. 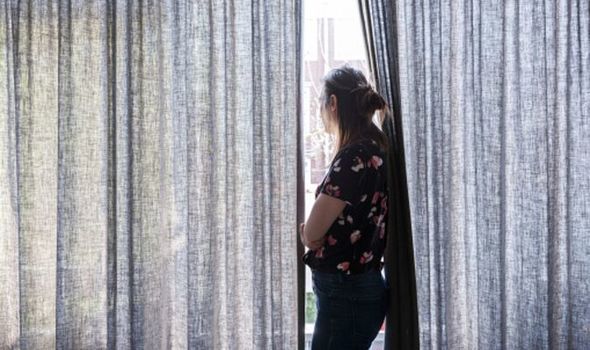 “It was really, really difficult but the fact so much goodness comes from that made it worthwhile.

Domestic Abuse Commissioner Nicole Jacobs said: “Today is a historic day, which will make a huge difference to the lives of millions of domestic abuse victims.

“The Domestic Abuse Act sets out in law for the first time what domestic abuse is. The definition goes well beyond physical violence and helps us create a shared understanding of the horrendous range of abusive behaviour, including emotional and sexual abuse, coercive control and economic abuse.”

Home Secretary Priti Patel said the “landmark” Act would transform the support Government gives victims “to ensure they have the protection they rightly need”.

Justice Minister Alex Chalk said the changes were fought for “effectively and emotively”.

He added: “This newspaper deserves huge credit for the spotlight it has shone on the Family Court.” 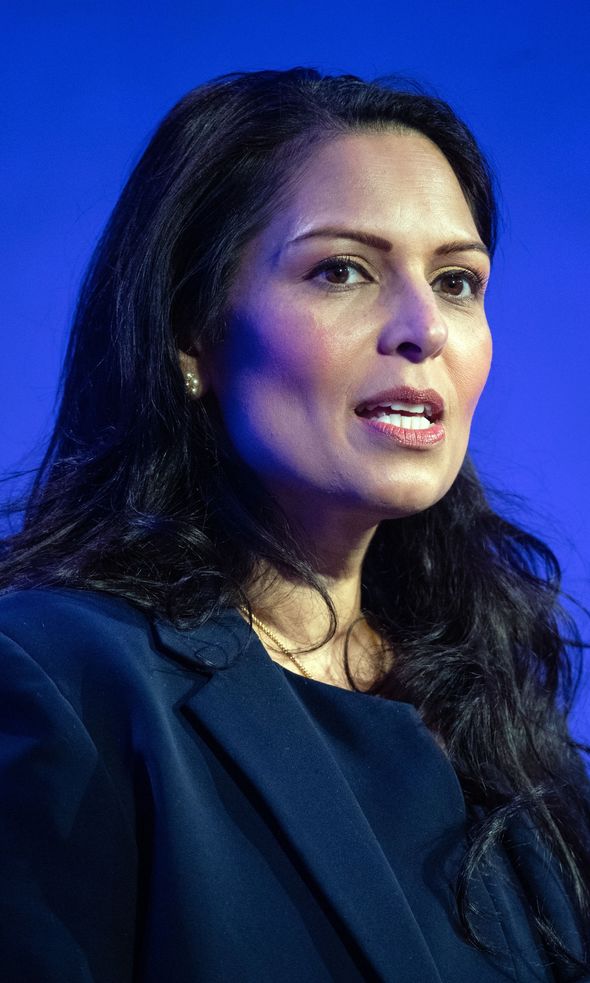 What’s in the bill?

The Domestic Abuse Bill includes a raft of new measures to offer better protection to victims.

Abusers will no longer be allowed to directly cross-examine their victims in the family and civil courts.

Police can give out notices offering victims immediate protection, while courts can hand out orders to force perpetrators to take steps to change their behaviour, including seeking mental health support or drug and alcohol rehabilitation.

The Bill was strengthened to include a new offence of non-fatal strangulation. It also extends an offence to cover the threat to disclose intimate images and it clamps down on claims of “rough sex gone wrong” involving death or serious injury.

Other measures include extending the controlling or coercive behaviour offence to cover post-separation abuse.

It explicitly recognises children as victims if they see, hear or experience the effects of abuse.

The office of Domestic Abuse Commissioner is to be established in law.

The Bill also places a duty on councils in England to provide support to victims of domestic abuse and their children in refuges and other safe accommodation. Homeless victims will be given “priority need”.

We got those in power to listen to us

End This Injustice has certainly won what it set out to achieve. The campaign supported my petitions around non-fatal strangulation and the Family Court. It also highlighted the issues around post-separation abuse and domestic abuse in general.

Being a survivor of domestic abuse, I could not believe it when my abuser was charged with “common assault” after he strangled me.

I have spoken to hundreds if not thousands of victims and survivors, and I cannot recall one who had not been throttled or strangled.

With the support of End This Injustice and others in the domestic abuse arena, finally we got those in power to listen to our voices.

To know that non-fatal strangulation will be a standalone charge and has been added to the Domestic Abuse Bill is incredible. This will save lives.

Together we got justice minister Alex Chalk to request an overhaul of the Family Court.

I handed my petition with over 200,000 signatures to stop further abuse in these courts to Theresa May when she was prime minister.

The horror stories in it were included in the inquiry and were reflected in the recent Ministry of Justice Harm Report.

It was great for us to have the Daily Express advocate for us as a national newspaper. It has helped us to achieve our victories.

Rachel is a Safelives pioneer and domestic abuse campaigner

It is just two weeks since I took the reins at Refuge, the country’s largest provider of domestic abuse services.

Refuge has been supporting survivors of domestic abuse since 1971 and has won many battles over that time, with another being won yesterday as the Domestic Abuse Bill received Royal Assent.

It contains some vital provisions. But sadly, it has also fallen short on some key areas.

It is incumbent on us to spell out those omissions and recommit our efforts to campaigning. We successfully campaigned for the Bill to make threats to share intimate images a crime – a campaign that was won in less than a year.

The Bill also explicitly recognises economic abuse as a form of domestic abuse. Our report showed that nearly two in five have experienced economically abusive behaviour, but only 16 percent of the population identify it as such.

The Bill also criminalises non-fatal strangulation and abolishes the “rough sex” defence. Women’s lives being lost to male violence must stop, now, along with the ability for men to avoid murder charges for the deaths of women.

We are also delighted that the Bill recognises the housing needs of those fleeing abusive partners. We hope this will ensure that women will no longer be faced with the impossible choice of remaining with an abusive partner or facing homelessness.

Regretfully, by failing to adopt the amendment to the Bill, which would protect all migrant women, the Government has effectively said that not all women are worthy of protection.

The Bill also represented a unique opportunity to change the way Universal Credit is paid. It is paid by default into a single account, meaning perpetrators have been able to use this to gain total control of household income.

Sadly, this opportunity was not taken.

So, while we and survivors of domestic abuse are rightly delighted to finally see this legislation come to fruition, what had the potential to be truly transformational has taken one step forward – but it needs to go much further.

Women’s rights and gender equality should never be a compromise. Our response to it must be bold and radical, if we are going to achieve our aim of ending domestic abuse in our society today.

Parliament this week has been very busy with “ping pong” to ensure that the final tranche of Bills receive Royal Assent.

The Daily Express and its End This Injustice campaign must be proud of its tireless work to provide the Government with strong evidence to make the Domestic Abuse Bill better than before.

I have heard from many crusaders who, for over a decade or two, have fought all the way to make this Bill a “landmark” piece of legislation so that other victims will be protected.

With its measures for non-fatal strangulation, post-separation abuse and threats to share intimate images and new data intelligence system, the Government must be congratulated.

Indeed as Jess Phillips, the shadow minister for domestic abuse, said: “The Bill is now a far stronger piece of legislation than when it began.”

While we have heard powerful speeches at each stage, it has not been all plain sailing. Even my emotions have personally drained and energised me at times, as I did not want to leave any stone unturned.

I am so grateful to have been able to work alongside the Express campaign with Liz Perkins and for not taking the brakes off.

As a former victims’ commissioner, I have had the privilege of meeting so many survivors who spoke of their horrific suffering at the hands of a violent partner, someone they had loved.

And yet I am disappointed that the Government knocked back the need for a stalker register.

While the Bill has been passed, there must be a Victims’ Law too. We must say this time: “Enough is enough.”