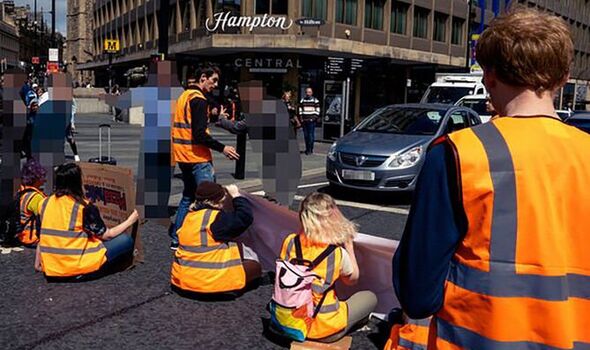 Eleven people from climate activist group Just Stop Oil held a demonstration outside Central Station on Neville Street at around 2pm on Saturday, June 11. The protesters were calling on the Government to end new fossil fuel licensing and production.

The group, which was largely made up of students, sat in the middle of the road in an attempt to block traffic and draw attention to their message.

However, the demonstrators found themselves being removed by members of the public, reports Chronicle Live.

“We have never faced a reaction quite like that before in Newcastle. It was quite shocking. We were just there for four minutes so it was quite a surprise that we weren’t prepared for.

“The demonstrators were really overwhelmed and shook up. Thankfully, they were not hurt and they are all willing to do it again which is really empowering.”

Northumbria Police confirmed that officers attended the scene and spoke to those present but that no offences were reported.

A Northumbria Police spokesman said: “Shortly after 2.20pm on Saturday (June 11) we were made aware of a protest ongoing on Neville Street, Newcastle.

“Officers attended the scene and spoke to those present, many of whom had started to disperse. No offences were reported.”