Just how far to the right is AfD? 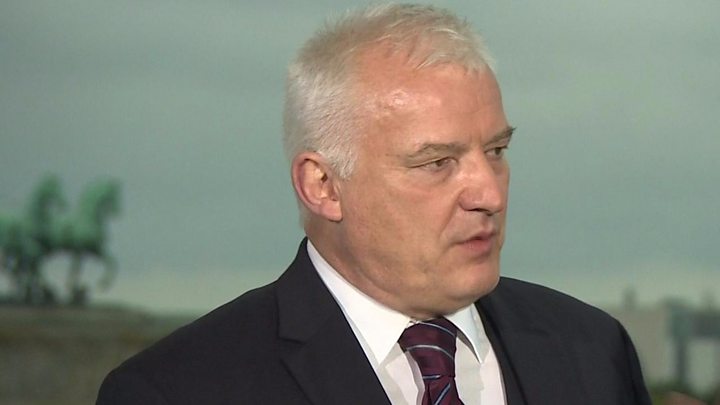 The nationalist Alternative for Germany (AfD) has entered parliament in Germany for the first time, winning 12.6% of the vote and more than 90 seats.

Founded in 2013 as an anti-euro party, it has dramatically shifted its focus to immigration and Islam and is increasingly seen as far-right in tone.

Yes. Leading AfD figures made extremist statements before and during the 2017 election campaign.

Since the vote, Alexander Gauland has talked of fighting an “invasion of foreigners” and their campaign openly focused on Islam and migration. AfD sees Islam as alien to German society. Some of their rhetoric has been tinged with Nazi overtones.

Their anti-immigrant rhetoric now puts them in the far-right camp. But their brand of nationalism is less extreme than that of Germany’s NPD, seen by many as a neo-Nazi group.

AfD has only existed for four years and its leadership has gone through regular, turbulent changes. Its best-known figures are currently Alice Weidel and Alexander Gauland.

Frauke Petry was its most recognisable face, but she has gone independent because of an internal party spat.

Alice Weidel is a 38-year-old economist who lives in Switzerland with a woman adopted as a child from Sri Lanka and their two children.

She is one of a small number of women in prominent positions in AfD and argues that her presence as one of its top candidates proves the party is not homophobic.

Alexander Gauland, a 76-year old lawyer, has made a number of remarks condemned as racist, including one on footballer Jérôme Boateng, who was born in Berlin to a Ghanaian father: “They like him as a football player. But they don’t want to have a Boateng as their neighbour.”

One of AfD’s most significant figures is eastern Germany is Björn Höcke, and many of its new MPs are linked to him.

Party leader in the state of Thuringia, he has been behind some of its biggest controversies. He once criticised the Holocaust memorial in Berlin, saying: “We Germans are the only nation in the world to have planted a monument of shame in the heart of their capital”. AfD moved to expel him, but apparently changed its mind.

Beatrix Von Storch, AfD deputy chair, welcomed the UK’s 2016 vote to leave the EU as “Independence Day for Great Britain”. She has vowed to start debates on migration, Islam and the EU.

Jörg Meuthen, another co-leader, is seen as a relative moderate. After the election result he insisted AfD did not accept racism or xenophobia, but in the same breath complained that “in some German cities, I struggle to find Germans on the streets”.

AfD’s big success has been in challenging Angela Merkel’s decision to let in around 1.3 million undocumented migrants and refugees, mainly from the Middle East, since 2015.

They have tapped into anxieties over the influence of Islam. The party wants a commission set up to investigate the chancellor’s “breaches of the law” in allowing them in.

When the numbers of migrants arriving in Germany surged in 2014-2015, AfD made that the focus of its party platform. There were contacts with the anti-immigration Pegida movement, which staged weekly marches against what it called “the Islamisation of the West”.

Pegida took hold mainly in eastern cities such as Dresden, and it is in the ex-communist east that AfD has had its biggest successes, attracting more men than any other party. Odd perhaps, in that the biggest concentrations of immigrants are not in those areas. 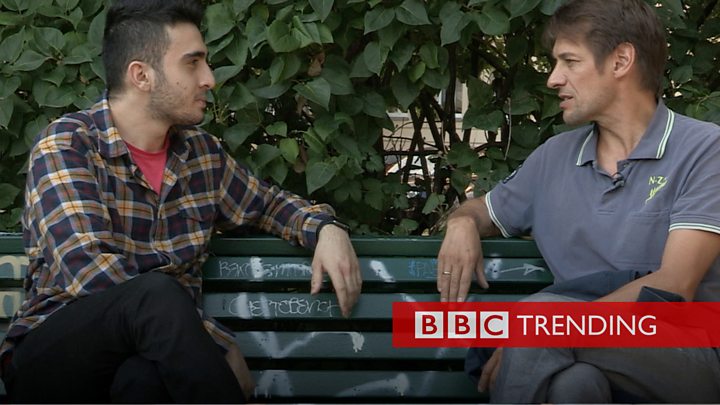 AfD adopted some of Pegida’s anti-establishment rhetoric, such as the slogan “Lügenpresse” (“lying press”), which was used by the Nazis.

Germany must reintroduce permanent border controls and the EU’s external borders must be “completely shut”, AfD says. That position contradicts Schengen – the EU’s free movement zone, covering most of Europe, where border checks are generally minimal.

AfD argues that Germany must set up a new border police force. Frauke Petry once said German police should “if necessary” shoot at migrants seeking to enter the country illegally. And she was seen as an AfD moderate.

AfD wants an end to asylum seekers bringing family members over to join them in Germany. It says a system designed to help individual refugees is being exploited by unskilled migrants, many of whom struggle to integrate with Germans.

Challenging Islam as ‘not German’

AfD adopted an explicitly anti-Islam policy in May 2016 and its election manifesto (in German) had a section on why “Islam does not belong to Germany”. “Burkas? We like bikinis,” read one of its most garish posters.

AfD would ban foreign funding of mosques in Germany, ban the burka (full-body veil) and the Muslim call to prayer, and put all imams through a state vetting procedure.

“Moderate” Muslims who accept integration are “valued members of society”, the programme says. But it argues that multiculturalism does not work.

An estimated three million people of Turkish origin live in Germany, most of them Muslims.

AfD has also built its success on challenging taboos and flirting with racism. Ahead of the election Alexander Gauland stirred controversy by saying the government’s top integration official, Aydan Özoguz, could be “disposed of in Anatolia”. Ms Özoguz is a German of Turkish origin.

Mr Gauland also drew criticism for declaring that Germans should be “proud” of their soldiers in both world wars. While SS units were notorious for German atrocities in World War Two, the regular armed forces also committed many war crimes.

Ms Petry tried to end the taboo on the Nazi-era term völkisch, which comes from the German word for people but was hijacked by the Nazis to define those they saw as belonging to the German race.

AfD has come a long way since it was launched in early 2013 to challenge eurozone bailouts in Greece and elsewhere, and reject the EU’s arguments for keeping the euro.

It still promises to abandon the euro and reintroduce the Deutschmark.

The party’s first leader, Bernd Lucke, left AfD in 2015, arguing that it was becoming increasingly xenophobic.

Its anti-euro policy echoes the Euroscepticism of other populist parties in Europe. More powers must return to the nation states, AfD says, opposing all “centralising” moves in the EU, and anything that smacks of Euro-federalism.

If the EU fails to reform and continues centralising, AfD says, the party will seek to pull Germany out of the EU.