Yesterday he was being questioned at a station. Officers also carried out a forensic search of a house near the field where Julia, 53, was found dead with head injuries. Forensic specialists were seen bringing bagged-up property out of the house on the new-build estate in Aylesham, Kent, which is close to where Julia was found dead on April 27. Julia – a married mum of two from the village of Snowdown – had been walking her dog Toby at the time of her murder on April 27. Her pet was unharmed.

The detached house being searched was taped off yesterday with two officers standing outside. Curtains were drawn and a blue car was parked in the drive.

Other officers with clipboards went door-to-door to surrounding homes to quiz neighbours.

A Kent Police spokesman said: “A search at a property in Sunshine Corner Avenue, Aylesham, is linked to enquiries being made in relation to the murder of Julia James.”

The arrest came after Kent Police said they were no longer seeking information about a man following the release of an image by the force.

Julia, a serving Police Community Support Officer for Kent Police, had been working from home on the day of her murder before taking her dog for a walk in the Aylesham Road area. Assistant Chief Constable Tom Richards from Kent Police said yesterday: “We continue to urge anyone with information, no matter how small or insignificant it may seem, to contact us. 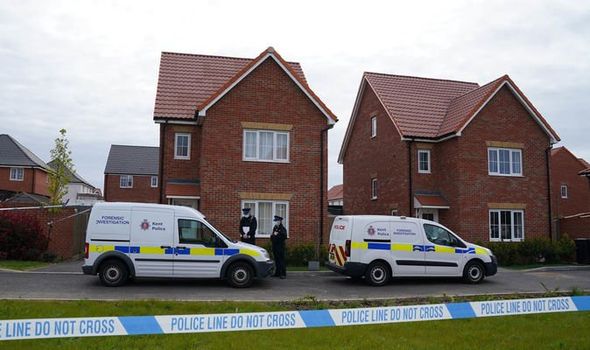 “If you were in the Snowdown area between 1pm and 4.30pm on Tuesday, April 27, please contact us. This includes anyone local who may have seen something out of place at the time, or who came across someone who made them feel uneasy – such as feeling compelled to cross the road or change the route they were walking.”

The National Crime Agency (NCA) said it was involved in the investigation, giving advice, guidance and access to specialists.

Noel McHugh, from the NCA’s Major Crime Investigative Support unit, said: “The NCA is providing a significant amount of our niche capabilities in support of this high-priority investigation led by Kent Police. While we cannot go into any further detail in order to protect the investigation, I hope outlining the breadth of our work illustrates our commitment to seeking justice for Julia.”

News of another mother of two being beaten to death also emerged on Friday. Maria Rawlings, 45, from Chelmsford, Essex, was found dead in shrubbery in Romford by a man walking his dog at 2pm on Tuesday. 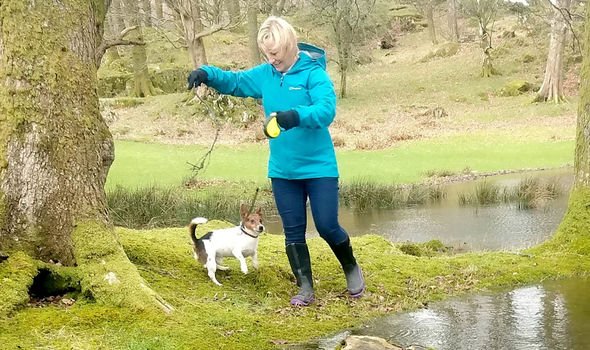 A post-mortem examination onWednesday gave a preliminary cause of death as neck compression and possible blunt force head trauma.

Detective Chief Inspector David Hillier said: “My team and I are working around the clock, following a number of enquiries to establish what happened to Maria. Her family are understandably distraught and we are doing all we can to help them.”

Chief Superintendent Stephen Clayman said: “I understand the concerns around safety that will arise from this, particularly from women, and we have increased patrols in the area from our local policing teams.

“I urge anyone who has concerns to speak to officers when you see them or contact us.”