John Lewis released a string of tweets responding to claims the Downing Street refurb was reportedly inspired by a desire to get rid of the “John Lewis furniture nightmare” left over by Theresa May. The first tweet said: “Time for an interiors refresh? We pride our Home Design Service on having something for *almost* everyone.”

Later the department store sent a delivery van to Dpwning Street, tweeting a picture with the caption : “Good thing we have a recycling service for old pre-loved furniture.”

Followers joined John Lewis to mock the Prime Minister: “Have you a recycling system for clapped out politicians ?”

A second added: “Oh John Lewis, I am loving your tweets today. Thank you for a bit of humour.”

Labour leader Sir Keir Starmer’s spokesman said: “Unlike the Prime Minister he doesn’t turn his nose up to John Lewis thinking it’s too downmarket and wouldn’t spend £840 per roll on wallpaper.” 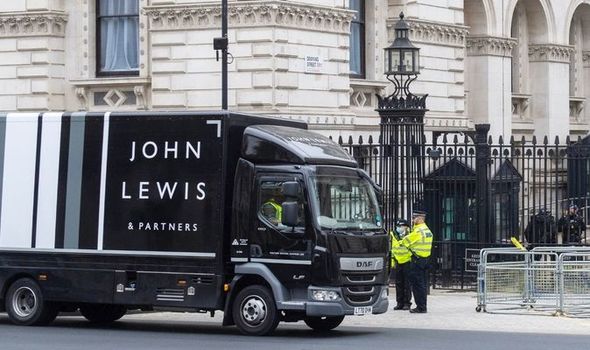 It comes as the Electoral Commission launched an investigation into how the new look was funded. The description of the flat – attributed to a visitor – was included in a Tatler article on Mr Johnson’s fiancee Carrie Symonds.

The Electoral Commission said there were “reasonable grounds to suspect that an offence or offences may have occurred” during the financing of the revamp of the Prime Minister’s flat above No 11.

The taxpayer funds a £30,000 annual allowance, but the redecoration – reportedly involving the company Soane, co-founded by designer Lulu Lytle – have stretched beyond that. 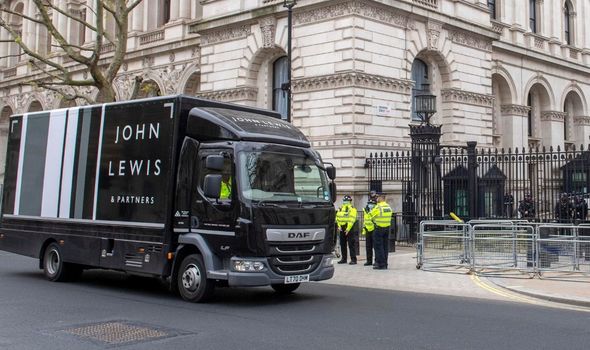 Some reports suggest the upgrades hit the £200,000 mark, while a leaked email suggested Tory peer Lord Brownlow was making a £58,000 donation to the Conservatives “to cover the payments the party has already made on behalf of the soon-to-be-formed ‘Downing Street Trust”‘.