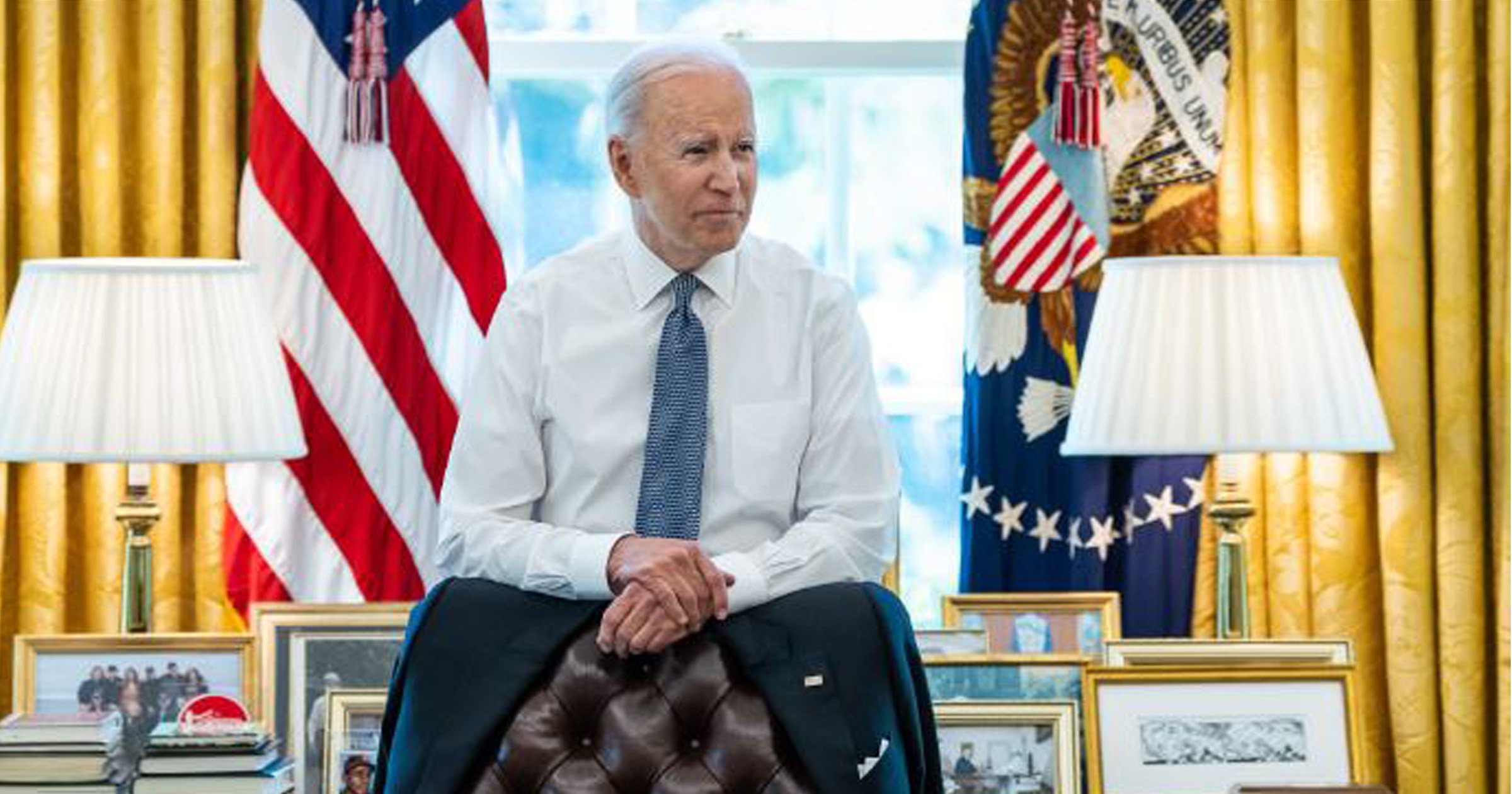 President Joe Biden accidentally posted an optical illusion of himself the day after turning 80 years old.

Biden, who is the US’s oldest president and celebrated his birthday on Sunday, tweeted a photo of himself the next day seemingly intending to assure Americans of his plans moving forward.

The image featured him standing behind his chair in the Oval Office, with hands folded and resting on top of his jacket that was draped over the seat.

‘Ready to get more done for American families,’ Biden wrote as the caption.

‘Am I the only one that looked at this and though he was sitting on the back of the chair for a second? That jacket looks like pants,’ a Twitter user wrote.

A TV director and editor with a large following who goes by TizzyEnt had a similar impression.

‘But why at a quick glance did I think he was sitting on the top of the back of the chair?’ he wrote. ‘I thought the jacket was his legs!’

But why at a quick glance did I think he was sitting on the top of the back of the chair? ð I thought the jacket was his legs! https://t.co/92UlrIG14G

Another Twitter user wrote: ‘At first glance I could have sworn Joe was sitting on the table with his legs over the back of this chair. I need more coffee.’

It is not the only picture of Biden with an optical illusion.

Overused term but this is actually Lynchian pic.twitter.com/UuFsUuSoWo

In April 2021, the president and First Lady Jill Biden visited former President Jimmy Carter and his wife Rosalynn at their home in Plains, Georgia. The four took a photo together, with the Carters each sitting on chairs and the Bidens each kneeling on the ground next to them. The Bidens looked gigantic while the Carters looked tiny in comparison.

‘That to me is an indication that the foreground was distorted by a super-wide-angle lens,’ Souza said.