Although I voted Remain, I have desperately wanted the government, in which I have been proud to serve, to make a success of Brexit: to reunite our country, our party and, yes, my family too.

At times, I believed this was possible. That’s why I voted to start the Article 50 process and for two years have backed the prime minister in her efforts to secure the best deal for the country.

But it has become increasingly clear to me that the Withdrawal Agreement, which is being finalised in Brussels and Whitehall even as I write, will be a terrible mistake.

Indeed, the choice being presented to the British people is no choice at all.

The first option is the one the government is proposing: an agreement that will leave our country economically weakened, with no say in the EU rules it must follow and years of uncertainty for business.

The second option is a “no-deal” Brexit that I know as a transport minister will inflict untold damage on our nation.

To present the nation with a choice between two deeply unattractive outcomes, vassalage and chaos, is a failure of British statecraft on a scale unseen since the Suez crisis.

My constituents in Orpington deserve better than this from their Government.

What is now being proposed won’t be anything like what was promised two years ago.

Hopes for “the easiest trade deal in history” have proved to be delusions.

Contrary to promises, there is in fact no deal at all on our future trading relationship with the EU which the government can present to the country.

Still less anything that offers the “exact same benefits” as the single market, as David Davis promised, or the “precise guarantees of frictionless trade” that the prime minister assured us would be available.

All that is now being finalised is the agreement to pay the EU tens of billions of pounds. All that may be on offer on trade is the potential for an agreement to stay in a temporary customs arrangement while we discuss the possibility of an EU trade deal that all experience shows will take many years to negotiate.

Even if we eventually secure a customs arrangement for trade in goods, it will be bad news for the service sector – for firms in finance, in IT, in communications and digital technology.

Maintaining access to EU markets for goods is important, but we are fundamentally a services economy. Many in Orpington, for example, are among the two million Britons employed in financial services, commuting into the centre of London to jobs of all kinds in the City. 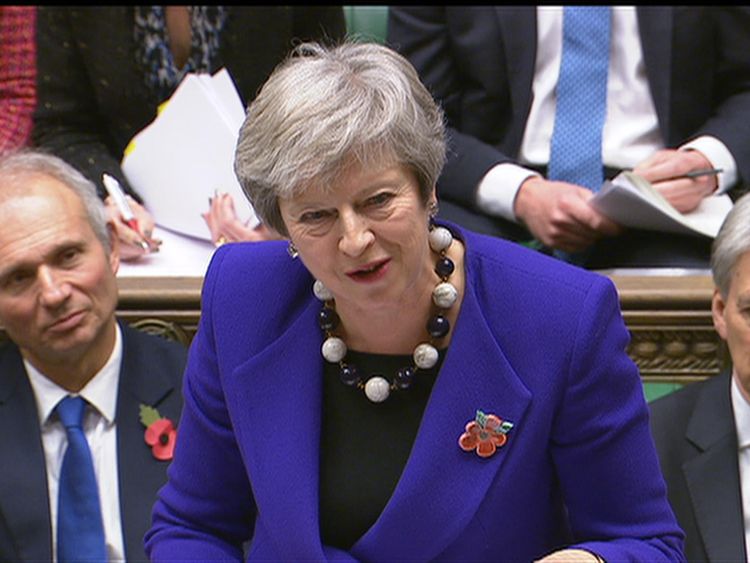 Countries across the world go to great lengths to attract financial and professional services jobs from our shores. An agreement that sharply reduces access to EU markets for financial services – or leaves us vulnerable to regulatory change over which we will have no influence – will hurt my constituents and damage one of our most successful sectors.

While we wait to negotiate trading terms, the rules of the game will be set solely by the EU. Britain will lose its seat at the table and its ability to amend or vote down rules it opposes.

Instead of Britain “taking back control”, we will cede control to other European countries. This democratic deficit inherent in the prime minister’s proposal is a travesty of Brexit.

When we were told Brexit meant taking back powers for Parliament, no one told my constituents this meant the French parliament and the German parliament, not our own.

In these circumstances, we must ask what we are achieving. William Hague once described the goal of Conservative policy as being “in Europe, but not run by Europe”. The government’s proposals will see us out of Europe, yet run by Europe, bound by rules which we will have lost a hand in shaping.

Worse still, there is no real clarity about how this situation will ever end.

The proposed Withdrawal Agreement parks many of the biggest issues about our future relationship with Europe into a boundless transitionary period.

This is a con on the British people: there is no evidence that the kind of Brexit that we’ve failed to negotiate while we are still members can be magically agreed once the UK has lost its seat at the table.

The leverage we have as a full member of the EU will have gone. We will be in a far worse negotiating position than we are today. And we will have still failed to resolve the fundamental questions that are ramping up uncertainties for businesses and stopping them investing for the future.

My brother Boris, who led the leave campaign, is as unhappy with the government’s proposals as I am. Indeed he recently observed that the proposed arrangements were “substantially worse than staying in the EU”.

On that he is unquestionably right. If these negotiations have achieved little else, they have at least united us in fraternal dismay.

The argument that the government will present for the Withdrawal Agreement ‘deal’ is not that it is better for Britain than our current membership.

The prime minister knows that she cannot honestly make the claim that the deal is an improvement on Britain’s current arrangements with the EU and, to her credit, refuses to do so. The only case she can try to make is that it is better than the alternative of leaving the EU with no deal at all.

Certainly, I know from my own work at the Department of Transport the potential chaos that will follow a no-deal Brexit. It will cause disruption, delay and deep damage to our economy.

There are real questions about how we will be able to guarantee access to fresh food and medicine if the crucial Dover-Calais trade route is clogged up.

The government may have to take control of prioritising which lorries and which goods are allowed in and out of the country, an extraordinary and surely unworkable intervention for a government in an advanced capitalist economy.

The prospect of Kent becoming the Lorry Park of England is very real in a no-deal scenario. Orpington residents bordering Kent face disruption from plans to use the nearby M26, connecting the M25 to the M20, as an additional queuing area for heavy goods vehicles backed up all the way from the channel ports. This prospect alone would be a resigning matter for me as a constituency MP, but it is just a facet of a far greater problem facing the nation.

Yet for all its challenges and for all the real pain it would cause us as we adapt to new barriers to trade with our biggest market, we can ultimately survive these difficulties. 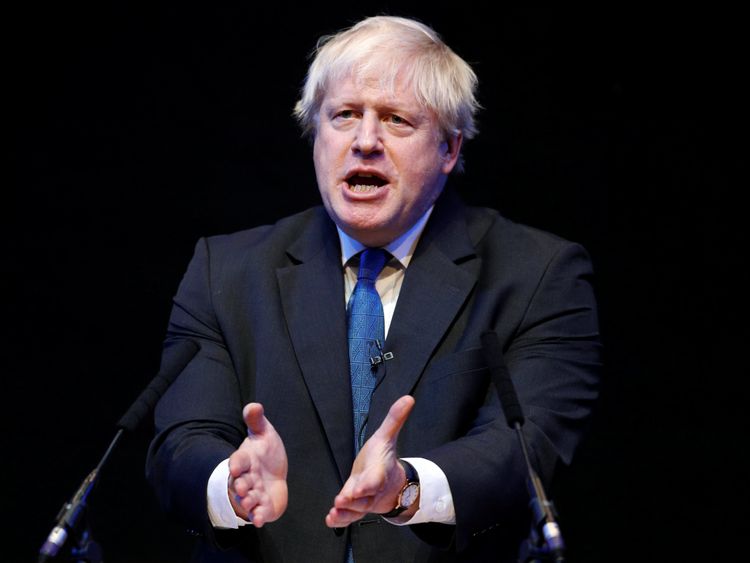 I believe it would be a grave mistake for the government to ram through this deal by once again unleashing Project Fear.

A no-deal outcome of this sort may well be better than the never ending purgatory the prime minister is offering the country. But my message to my brother and to all Leave campaigners is that inflicting such serious economic and political harm on the country will leave an indelible impression of incompetence in the minds of the public.

It cannot be what you wanted nor did the 2016 referendum provide any mandate for it.

Given that the reality of Brexit has turned out to be so far from what was once promised, the democratic thing to do is to give the public the final say.

This would not be about re-running the 2016 referendum, but about asking people whether they want to go ahead with Brexit now that we know the deal that is actually available to us, whether we should leave without any deal at all or whether people on balance would rather stick with the deal we already have inside the European Union.

To those who say that is an affront to democracy given the 2016 result, I ask this. Is it more democratic to rely on a three-year-old vote based on what an idealised Brexit might offer, or to have a vote based on what we know it does actually entail?

A majority of Orpington voters chose to leave the EU in 2016 and many of the close friends I have there, among them hard-working local Conservative Party members, are passionately pro-Brexit. I respect their position.

But I know from meetings I have had with local members that many are as dismayed as me by the course of negotiations and about the actual choice now on offer.

Two and a half years on, the practical Brexit options are now clear and the public should be asked to choose between the different paths facing our country: We will all have different positions on that choice, but I think many in my local party, in the Orpington constituency and around the country would welcome having the last word on the government’s Brexit proposals.

Britain stands on the brink of the greatest crisis since the Second World War.

My loyalty to my party is undimmed.

I have never rebelled on any issue before now. But my duty to my constituents and our great nation has forced me to act.

I have today written to the prime minister asking her to accept my resignation from the government.

It is now my intention to vote against this Withdrawal Agreement. I reject this false choice between the PM’s deal and no-deal chaos.

On this most crucial of questions, I believe it is entirely right to go back to the people and ask them to confirm their decision to leave the EU and, if they choose to do that, to give them the final say on whether we leave with the prime minister’s deal or without it.

To do anything less will do grave damage to our democracy.