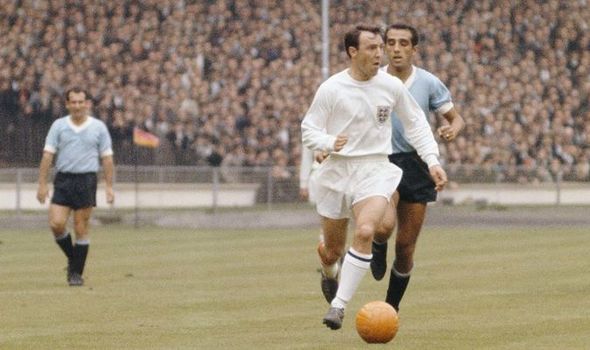 The former England, Tottenham, Chelsea, West Ham and AC Milan striker, who died last month at 81, was one of the game’s greatest goalscorers.

At the private service at Chelmsford Crematorium near his Essex home, wreaths spelled out Dad and Grandad.

Tottenham sent a floral club crest with the message: “We have lost a dear member of our Spurs family. The greatest goalscorer the world has ever seen. Always in our thoughts. With love from everybody at Tottenham Hotspur.” Spurs greats including former bosses Harry Redknapp and Ossie Ardiles attended the funeral.

Andy, youngest son of “Greavsie”, said: “We would have golfing weekends, where Dad would regularly win the trophy much to Mum’s horror…he would always be the first at the bar to buy a round of several beers and one Coca-Cola for himself.”

Norman Giller, a journalist, said his football star friend was more proud of his career as a broadcaster. From 1985 to 1992 he presented TV’s Saint and Greavsie with Liverpool’s Ian St John, who died in March.

It was Greaves, a recovered alcoholic, who had asked for the Lonnie Donegan song to be played yesterday.

Born in Newham, east London, he holds the record for the most goals in England’s top flight with 357 while his 44 for England give him the fourthbest record for the national team.