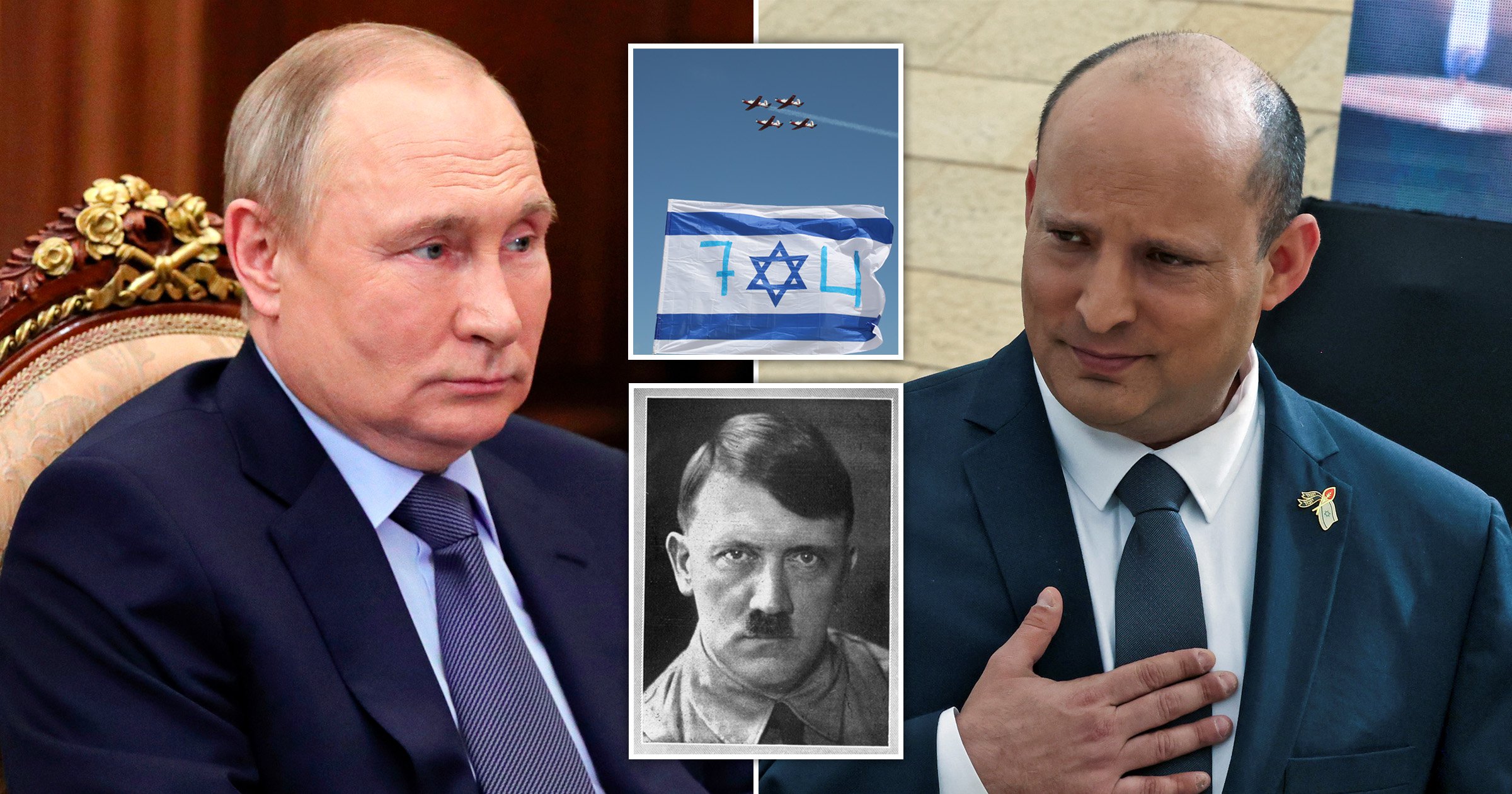 Mr Bennett, after a call with the Russian President, said he accepted the apology over Sergei Lavrov’s comments during a TV interview last weekend.

Asked in an interview about Russian claims it invaded Ukraine to ‘denazify’ the country, Mr Lavrov said it could still have Nazi elements even if some figures, including President Zelensky, were Jewish.

He was quoted as saying: ‘So when they say “How can Nazification exist if we’re Jewish?” In my opinion, Hitler also had Jewish origins, so it doesn’t mean absolutely anything.

‘For some time we have heard from the Jewish people that the biggest antisemites were Jewish.’

The comments sparked fury and have been condemned by Israel, with the country’s foreign minister calling them ‘unforgivable’, ‘scandalous’ and a ‘horrible historical error’.

Mr Bennett said he thanked Putin for clarifying the position.

He said he also asked the Russian leader to consider allowing the evacuation of the besieged Azovstal steel works in the Ukrainian port of Mariupol.

Mr Bennett said he made that request following an earlier conversation with Volodymyr Zelensky, and added that Putin promised to set up a corridor for civilian evacuation.

Heavy fighting is raging at the shattered steel plant in Mariupol as Russian forces seek to finish off the city’s last-ditch defenders and complete the capture of the strategically vital Ukrainian port.

The bloody battle came amid growing speculation that Putin wants to present the Russian people with a major battlefield success — or announce an escalation of the war — in time for Victory Day on Monday.

That is the biggest patriotic holiday on the Russian calendar, marking the Soviet Union’s triumph over Nazi Germany.

Some 2,000 Ukrainian fighters, by Russia’s most recent estimate, were holed up in the tunnels and bunkers under the sprawling Azovstal steelworks, the last pocket of resistance in a city largely reduced to rubble over the past two months.

A few hundred civilians were also believed trapped there.