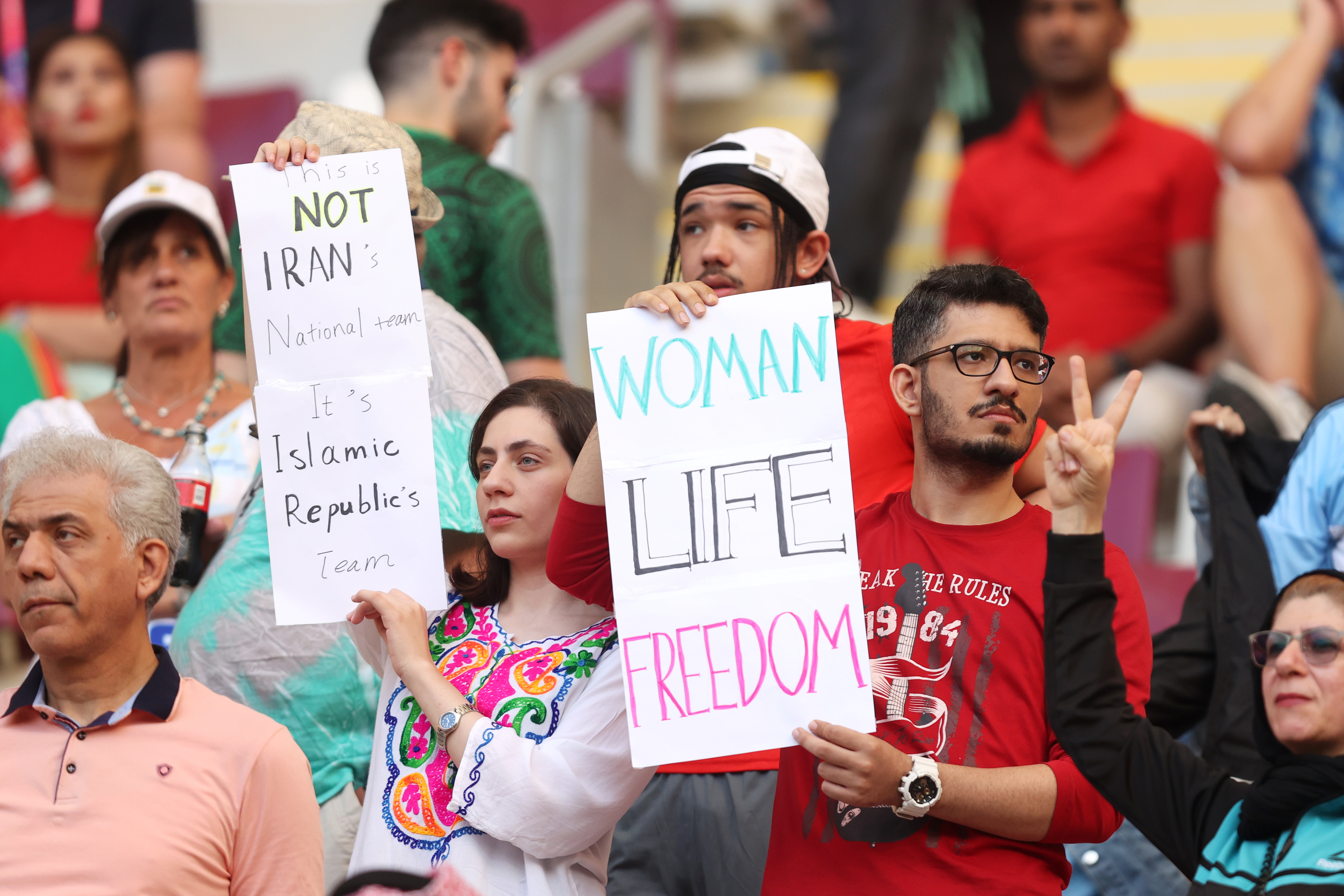 England’s Three Lions kicked off their World Cup campaign with a historic 6-2 victory – but it was opponents Iran who won praise for their courageous protests over human rights violations at home.

Skipper Harry Kane backed down from his vow to wear a rainbow-coloured OneLove armband supporting gay rights in host nation Qatar after Fifa told FA bosses he could receive a yellow card. But Iran’s team – nicknamed The Lions – risked their safety by refusing to sing the national anthem and fans booed it or made thumbs-down signs.

Female supporters were also pictured with banners they had smuggled into the Khalifa stadium in Doha to protest at the crackdown on women refusing to wear the hijab. Footage of their defiance was censored by Iran’s state TV on the day five people were shot dead in an anti-government protest.

Fan Delara Jahani, 37 – at the match but not allowed to attend men’s matches at home – said of the players: ‘Their actions were good for all Iranians who are against this regime. They showed they are supporting the people and now the people will feel different about them.’

There have been two months of protests in Iran over the death of 22-year-old Mahsa Amini while in police custody for not wearing a head-covering.

Sixteen of Iran’s 25 squad members play for foreign clubs and celebrations of their consolation goals were muted.