KIRUNA, Sweden — The path to the reindeer herder’s spring home took him across four frozen lakes and countless snowy hilltops. Arriving to a light dusting of snow, the herder, Aslak Allas, switched off his snowmobile, and the overwhelming silence of Sweden’s Arctic settled in.

His reindeer, thousands of them, were nowhere to be seen. “They are very scared of noise,” Mr. Allas, explained, pointing to his vehicle.

He then motioned toward the distant hills dotted with birch trees, their buds swelling with the warming spring sun. “Now, the noise coming from there, that will be something else,” Mr. Allas sighed.

That noise is expected to arrive with a roar next year, when Sweden is scheduled to complete construction of a rocket-launching complex in the frozen lands north of the Arctic Circle and jump into the commercial space race, the first country in Europe to do so. 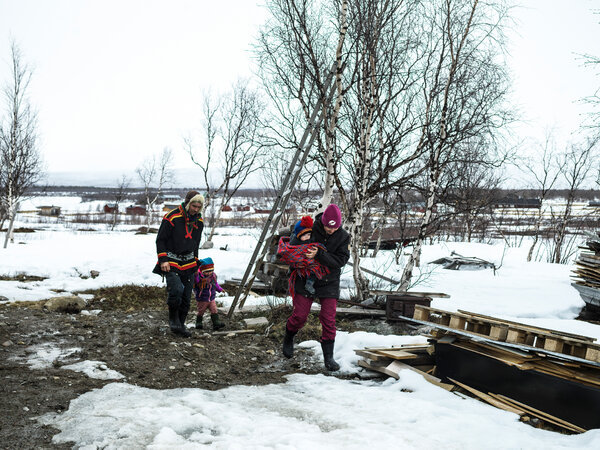 With the crystal-clear air of the Arctic night and a decent telescope, it’s easy to pick out some of the thousands of shoebox-size commercial satellites orbiting the earth. Their numbers are set to explode in the coming decade, powered by the use of light, reusable rockets developed by innovative U.S. companies like Elon Musk’s SpaceX. He and several competitors are planning to send up to 50,000 such satellites into space in coming years, compared with fewer than 3,000 out there now.

While the United States, China, Russia and several other countries already have spaceports, Sweden’s would be the first orbital launch site for satellites in Europe — capable of launching spacecraft into orbit around Earth or on interplanetary trajectories. Currently, the intergovernmental European Space Agency launches its traditional single-use Ariane rockets from French Guiana.

Several private European companies are designing spaceports in Europe to host a new generation of smaller rockets. Portugal is looking into building one on the Azores Islands, two remote sites have been allocated in Britain and Norway is upgrading its Andoya Space Center.

But none are as far along as Sweden, which is transforming an old Arctic space research center into a complex featuring several new pads for orbital launches and landings. The Esrange Space Center will be a testing ground for Europe’s first reusable vertical rocket in 2022, and it can conduct engine tests as well. 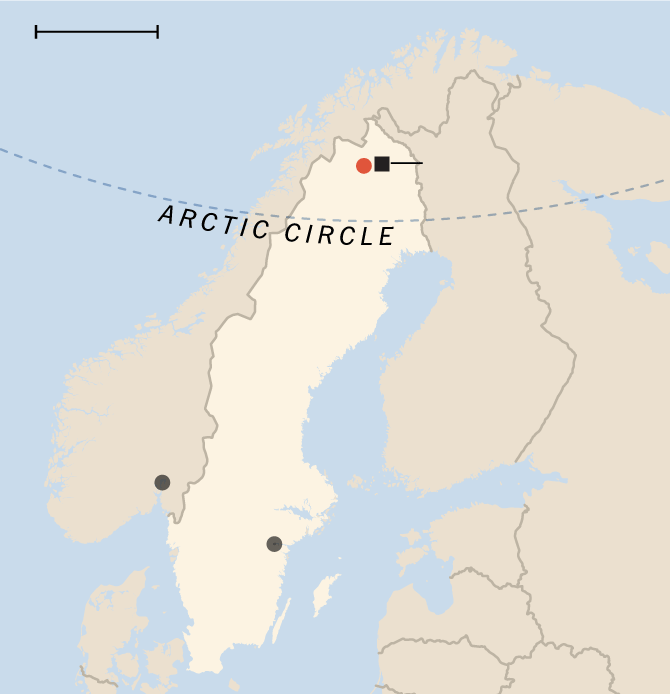 In 1972, the Swedish government took over the base from the European Space Agency, which no longer needed it. For decades, the Swedes hired out the site for smaller, slower research rockets, satellite ground-control services and the launching of stratospheric balloons. But with the commercial space race promising new revenue, the government-owned Swedish Space Corporation, which manages the site, is offering launch services to private ventures wishing to send satellites into space.

“We are a bit of a unicorn in the space business,” said Philip Pahlsson, vice president for strategy and innovation of the Swedish Space Corporation, referring to the government ownership of the site. “But we do plan on being the awesomest company in the government’s portfolio.”

Esrange shares a landing zone that is more than 2,000 square miles — more than twice the size of Rhode Island — with a local population of mostly bears, wolves, reindeer and a handful of herders like Mr. Allas. If a launch should fail, it would be highly unlikely to cause any damage to human settlements.

For certain satellites — those launched into polar orbits — an Arctic location offers key advantages. These orbits, passing over the North and South Poles, are ideal for Earth-observing satellites, because as the Earth rotates, the entire surface of the planet passes underneath. And it takes less energy to launch to a polar orbit from higher latitudes.

“Europe really needs to build infrastructure to get to space,” said Stefan Gustafsson, a senior vice president at the Swedish Space Corporation, in an interview at its Stockholm headquarters. “We can provide a proper space base.”

That base lies close to Kiruna, Sweden’s northernmost city and home to the largest underground iron ore mine in the world. It is so huge, in fact, that several neighborhoods are being moved, as the city is slowly sinking into the excavated caverns below.

A 50-foot rocket stands at one of the main intersections, a testament to Sweden’s space ambitions. Space is woven into the fabric of the city.

The Swedish Institute of Space Physics is based in Kiruna, as is the Space High School for gifted teenagers. The space engineering program at Lulea University of Technology, also in Kiruna, attracts Ph.D. students from across Europe. An enormous satellite receiver dish, sticking out from the woods in a vast white valley, serves as a geographical landmark.

Esrange has many of the attributes of other space ports — high fences and warning signs, and some used rockets on display. But it also has a church, a visitor center and the Aurora hotel, named for the northern lights that color the winter skies. Snow is everywhere, of course, and reindeer roam the terrain (no one knows how they get past the fences), but astronauts and moon landers are nowhere to be found.

Leading a tour of the grounds, Mr. Pahlsson became slightly agitated when a photographer began snapping pictures. “We have contracts,” he said. “Some of our customers don’t like their equipment to be photographed.”

The launchpads for the orbital rockets, mostly piles of construction equipment and materials at this point, are rising four miles from the central site. Pointing at a pile of sand during a tour of the grounds, Mr. Pahlsson said this was the site of their future “launch-vehicle integration building.”

By the end of next year, he said, they hoped to use the launch site to test Europe’s first reusable rocket, called Themis, after an ancient Greek Titaness who was the personification of divine order.

“You can actually call me a rocket scientist,” said Josef Fleischmann, 30, one of three founders of ISAR. In 2017, he and fellow students won an award by building the fastest pod in Elon Musk’s competition for ultra-high-speed transport in hyperloop, or travel in a vacuum tube. That caught the attention of Bulent Altan, a former vice president at Space X, who decided to back Mr. Fleischmann and his friends.

“Now, we have $100 million in investments and we are building rockets.”

“The location seems remote, but for space this is the place to be,” said Rene Laufer, a professor of space technology at Lulea University of Technology. “Also, you don’t want to test rockets in your own backyard.”

So far, Esrange has not elicited criticism from environmentalists, but that could change. Solid rocket fuel can leave a heavy carbon foot print, and liquid fuels pose a threat of toxicity. The exhaust clouds that form after liftoff and during flight are also concerns.

Sweden’s space minister, Matilda Ernkrans, in an interview said that she expected the base to play a key role in helping to map global climate change.

Back at his modest dwelling, Mr. Allas, the reindeer herder, would second that notion, and he is planning to do something about it, even if his backyard is one of the few not attached one way or another to the space industry.

Mr. Allas is more than a man with a snowmobile and lots of reindeer. He is chairman of the Talma sameby, one of the larger Sami districts in Sweden. The Sami are the last Indigenous people of Europe and live in Finland, Sweden, Norway and Russia.

In 2019, after an appeal by his district, Mr. Allas managed to block some of the expansion plans for the base, and now his sights are set on the coming noise pollution.

“They might say we need to launch or else we lose our customers, but reindeer herding has been around here long as you can imagine,” Mr. Allas said, adding that a legal battle seemed inevitable. “For us, the Space Corporation is the oldest intruder of our lands, but we have much older rights.”