How an astonishing coincidence put my attacker behind bars 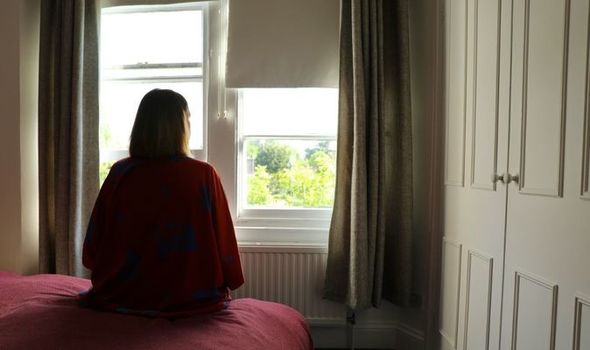 But thanks to an incredible coincidence nearly a year later, Helen helped police catch the culprit, who turned out to be a serial sex attacker. And last month Domenico Anselmo was jailed for 17 sexual offences, committed on footpaths along the River Lea in Hertfordshire and Essex.

Helen’s ordeal began in July 2020 during lockdown. She wanted to go for a walk, but her partner was watching football on TV, so she went alone, a decision she would come to regret.

As she strolled down a towpath near her home in Broxbourne, a man on a bicycle rode up behind her and shouted: “Hello beautiful”.

Initially she didn’t feel threatened, and he rode on past, so Helen shrugged it off and continued on her way. But then the cyclist reappeared. “He must have circled round to ride up from behind me again,” she says.

“This time, he smacked my bottom and started saying in broken English, questions like, ‘What’s your name?’ and ‘Where are you going?'” When a couple appeared on the path, he disappeared but when the coast was clear he came back, and was even more determined. This time he demanded: “Come into the bushes with me.”

Helen says: “He kept trying to grab my bottom. I was pushing him away. I was really scared, but trying hard not to show it. There was nowhere to escape off the towpath, so I pulled out my mobile phone and dialled my mum. I told her exactly where I was, and said that a strange man was bothering me.

“But even that didn’t put him off. He kept on talking to me and trying to grope me. Finally we reached a river lock and a car park, where there were people around and he rode off.”

Badly shaken, Helen ran into a cafe and called the police. Her mother came to collect her and several hours later she gave a statement to police.

She says now: “He was extremely persistent, and I’m not sure whether someone more vulnerable than me would have been able to get away. He was so confident and practised at what he did, I thought then that I couldn’t be the first person he’d done this to, and I knew I wouldn’t be the last.”

But as far as Helen knew, she was the only woman who had actually reported the bike pervert to police.

Months went past, with no arrest or progress in the investigation, and she came to the reluctant conclusion that he might never be traced and punished.

But a few months later, on the Facebook page for her hometown of Broxbourne, Helen spotted a post from a woman describing a similar incident on a footpath beside the River Lea.

She sent the second victim a private message, urging her to go to the police, so they could link the two sexual assaults. The woman took her advice, and reminded police that Helen had been targeted in a similar way.

In May 2021, ten months after her ordeal, Essex Police got back to Helen, asking her to meet with officers at the scene of the crime and retrace the route she took that day.

They wanted to know where to install CCTV cameras, which they hoped would act as a deterrent.

Helen recalls: “By then it seemed such a very long time since being indecently assaulted, that I wondered if there was much point. But I agreed. I arrived at the arranged meeting point and saw several officers waiting with different women.”

For the first time Helen realised there must be more victims of the attacker helping police that day.

As requested, she walked a section of the towpath with an officer, pointing out exactly where she was attacked. Her boyfriend was waiting to take her home and, as she walked back towards him, she turned to wave goodbye to the policeman… and could not believe what she saw over his shoulder.

“There was a cyclist on a distinctive red bike, behind the officer, riding towards me,” she recalls. “My first thought was, ‘I recognise that bike’.”

Then as the cyclist drew closer, she realised it was her attacker. “I told my partner, ‘That’s the man who groped me.’ I was flabbergasted – what were the odds of him returning to the scene of his crime, when I was there with a load of police officers? It was such a coincidence!”

Helen and her boyfriend were so surprised they hesitated to act, but the officer had spotted that she seemed distressed and walked over to check on her.

“That’s him, that’s the attacker,” she hissed, telling the initially sceptical officer that she was absolutely positive.

As the cyclist drew closer, he was stopped and arrested.

“That man was so brazen, after getting away with it so many times, he just thought he could ride straight past a load of police officers, without anything happening to him,” says Helen.

“Even now, I still find it completely unbelievable that it turned out as it did.”

The cyclist was Domenico Anselmo, 27, of Nazeing, Essex, and the clothes he was wearing that day matched those seen in earlier CCTV footage showing another of his offences.

Several months later at Chelmsford Crown Court, he pleaded guilty to 17 offences committed between January 2017 and May 2021.

The judge was told that he’d targeted 13 women on paths along the River Lea, subjecting them to physical assaults, indecent exposure, and sometimes both.

Last month Anselmo was sentenced to four years in prison.

Helen says: “The court heard that his many crimes were committed over a long period of time.

“But the gap between each of them was getting less and less. Because he was predatory and prolific, I’m pretty sure that if he hadn’t been caught when he was, he’d have escalated to becoming a full-blown rapist.”

She fears there could be other victims of Anselmo out there, who didn’t go to the police at the time.

Helen says: “It’s great knowing that this pervert has finally been stopped from doing his sick stuff to anyone else. I feel proud knowing that I played a part in finally bringing him to justice. But being sexually assaulted has left me feeling upset and angry because walking has always been my favourite pastime. Until that day, I felt quite confident about walking on my own.

“Now, although I still go for walks by myself, I get anxious if I see a man coming towards me.Anselmo has robbed me of some of the pleasure of walking. But I’m very happy with how the police handled the case.

“I want to tell other women, if you’re reading this and a similar thing has happened to you, pick up the phone and report it to the police. Don’t let these men get away with it.” DC Clair Ward of Harlow CID, investigating officer said: “I’m proud that the work of my team has helped put Anselmo behind bars, but most of all, I’m happy that justice has been delivered for all of the 13 women he assaulted. It’s difficult to put into words just how much courage and determination the victims have shown.

“Their strength has ensured that he answered for his crimes and ultimately prevented him from doing this to anyone else.”

A spokesman for Essex Police added: “Investigations into reported sexual offences are extensive and complex. Anselmo targeted women not known to him and often fled the scene of his offences on a push bike. He was also not previously known to police.

“Our teams worked closely with colleagues at Hertfordshire Police, and with local businesses and authorities to disseminate a suspect description and recover CCTV footage. Proactive patrols were also carried out in the area. It was during one of these where Anselmo was identified by a victim.

“Anyone wishing to report an offence can contact us on 101 or submit a report online at https://www.essex.police.uk/.