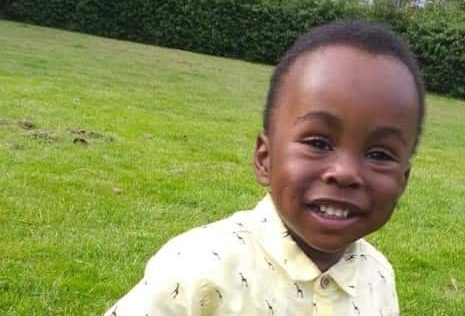 A housing boss has refused to resign from his cushy £185,000 job after his mouldy home resulted in the death of a two-year old boy.

Awaab Ishak died from a respiratory condition caused by black mould just a week after celebrating his second birthday in December 2020.

The youngster was living in a one-bedroom flat in Oldham with his parents Aisha Aminin and Faisal Abdullah, who had previously complained to Rochdale Boroughwide Housing (RBH) about the mould.

Earlier this week a coroner concluded that the boy ‘died as a result of a severe respiratory condition caused due to prolonged exposure to mould in his home environment.’

RBH chief executive Gareth Swarbrick today announced he will not be resigning from his role despite facing an intense public backlash and criticism from housing secretary Michael Gove.

Mr Swarbrick, who was paid £170,000 the year of Awaab’s death, confirmed his position in a statement which said: ‘I want to start by saying how sorry I am to Awaab’s family for their loss – no apology will ever be enough.

‘The conversation around my position has begun to overshadow the most important part of all of this, which is that a family has lost their child.

‘Having spoken to the board, I can confirm that I will not be resigning.

‘They have given me their full backing and trust to continue to oversee the improvements and changes needed within RBH.’

RBH received a staggering 600 complaints in a month from tenants complaining of damp and black mould in their properties.

An investigation by the Manchester Evening News into the estate where Awaab’s family lived revealed a slew of mould problems, children hospitalised with breathing difficulties and medical professionals writing concerned letters about their housing situation.

But while tenants suffered, five members of RBH’s senior management team received pay packages of over £100,000, including salary and pension contributions.

Four of those executives remain at the housing association and benefitted from another pay hike the following financial year, coming into effect less than five months after Awaab’s death.

During the inquest, Coroner Joanne Kearsley told the court that when Mr Abdullah reported the mould issue back in 2017, he was told by management to paint over it.

After outlining a narrative conclusion for Awaab’s death, the coroner confirmed the boy had died from a medical cause of acute airway oedema with severe granulomatous tracheobronchitis, due to environmental mould exposure.

Ms Kearsley said the toddler’s death should be a ‘defining moment’ for the housing sector and Number 10 called the circumstances in which the youngster died as ‘unacceptable’.

As she gave her conclusion, Ms Kearsley said: ‘I hope we have been able to provide you with some of the answers to the questions that you had about your son’s death.

‘But I do appreciate that nothing I say or do can bring Awaab back. More than anything, I hope you know that Awaab will – I am sure – make a difference for other people.’

Following the hearing, Awaab’s family said: ’We cannot tell you how many health professionals we’ve cried in front of and Rochdale Boroughwide Housing staff we have pleaded to, expressing concern for the conditions ourselves and Awaab have been living in.

‘We shouted out as loudly as we could, but despite making all of those efforts, every night we would be coming back to the same problem.’

In a statement, RBH said they would ‘investigate’ the coroner’s findings but has not sacked any of their executives.

Alison Tumilty, RBH Board Chair, said: ‘As an organisation, we would again like to extend our deepest sympathies and say sorry to Faisal and Aisha. We let them down.

‘This is a tragedy of the highest order, and we are devastated that it happened in one of our homes. We have made mistakes and we are endeavouring to correct them.

‘Having spoken to the Board, I can confirm that we have full confidence in Gareth’s leadership.

‘He has the trust of the board. He has extensive knowledge of the sector and the communities of Rochdale.

‘Together, we will work to restore the trust of the people of Rochdale and demonstrate that we are a mutual landlord that cares, and cares deeply about our tenants.