Horse trainer sues vets for £350,000 over death of winning racehorse 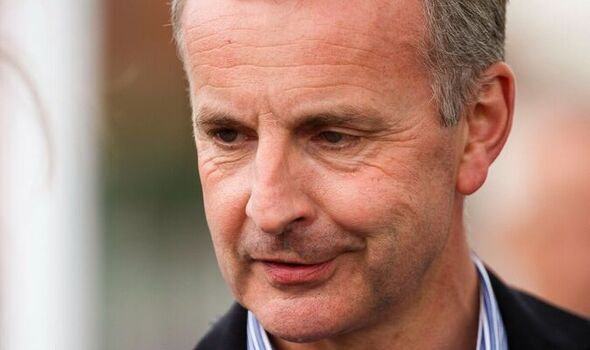 A racehorse trainer is suing vets for £350,000 as he blames them for the death of one of his prize horses. Peter Crate is suing Surrey-based vets Shotter & Byers Equine Veterinary Services after his horse Sand Diego developed a mystery lump in his hind leg and was put down. Mr Crate claims the vets failed to notice the infection after a vet from specialist equine medic partnership Shotter and Byers Equine Veterinary Surgeons examined the horse and concluded he had ‘probably knocked himself’.

Lawyers for Mr Crate argue the horse would have survived if he had received the correct and prompt antibiotic treatment while defence lawyers say the horse was a “goner” and could not be saved.

Mr Crate said Sand Diego had a “bright and rosy” future ahead of him after the horse won his first race.

He told the court: “She saw the horse every day until Wednesday 26th February 2020 when it was transported to Liphook Equine Hospital, where it was euthanised on 28th February 2020,’ said Mr Mylonas.

“The horse was in fact suffering from an infection of the hind leg. (Our) evidence is that the blood results available on the Friday [21 February] confirmed this and mandated treatment with antibiotics by Saturday morning at the latest.

“Dr Portal did not start antibiotic treatment until the Sunday night. The horse did not recover.

“The claimant’s expert evidence is unanimous that with timely administration it would have recovered and returned to full pre-infection form.’

Dr Portal argues she did consider infection as a potential after lawyers accused her of “fixing on a traumatic cause of the injury”.

Defence lawyers say the horse ‘would have died anyway’ even with intensive antibiotic treatment from February 23 onward.

Mr Mylonas said vets returned to check on Sand Diego on February 25 where he was “panting and unable to move” and was rushed to hospital the following day.

He told the court the horse was put down “because further treatment was futile and would not benefit the horse Mr Crate took the decision that he be euthanised.”

He argued the horse would have “probably returned to racing at its previous level” if given the proper antibiotic treatment.

A trial date has been set for March, 2023 at London’s High Court.