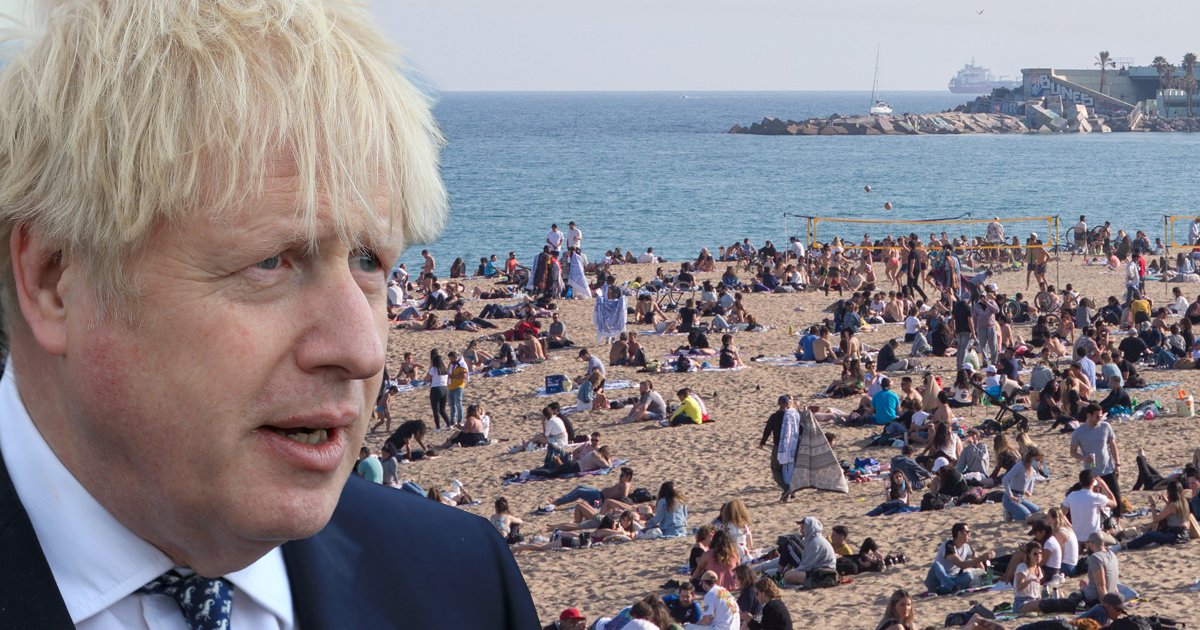 UK tourists may be allowed to travel to France, Greece and Spain before the end of June in a ‘big bang for summer holidays’.

The Government is set to release its ‘green list’ of countries this week, which citizens will be allowed to travel to from May 17 without having to isolate on their return.

Although the complete list is still being finalised, reports suggest around 10 or 12 countries could be on the list.

The Times and The Guardian said the destinations could include Portugal, Malta and Gibraltar, and The Telegraph claimed Spain, Greece and France could be added by the end of June.

It also depends on whether the European Commission agrees to ease restrictions on travel, which is looking more likely as its vaccination rollout progresses and coronavirus infection rates start to fall.

Yesterday Boris Johnson said he expected there to be ‘some openings up’ on May 17, but warned the UK will need to be ‘cautious and sensible’.

Asked if people should be planning foreign holidays, the prime minister said: ‘We will be saying more as soon as we can.

One Downing Street source told The Times holidaymakers need to be patient before the ‘big bang for summer holidays’ in the next few weeks.

‘June will look a lot more like normal, many of the traditional holiday destinations will be on the list by then,’ they said.

This suggests holiday islands in Spain, Greece and possibly Portugal will also be on the ‘amber’ quarantine list at first, even though they have lower infection rates than their mainland countries.

She told Sky News: ‘Well, we won’t have much longer to wait to get the full announcement from the travel taskforce.

‘I would suggest that people wait for that announcement. Of course we’re doing all we can to make sure that we follow our road map, that we open up the economy and travel gradually.

‘But the really important thing is that we don’t move too fast and jeopardise the progress we’ve made, so people will have to wait a bit longer, I’m afraid, to be able to hear the news on exactly what’s happening on the travel front, but I can assure you the Government’s working very hard.’

She added: ‘We need to be cautious and we need to make sure that we’re not simply importing the virus after we’ve successfully dealt with it in Britain.’

Another Government source told The Telegraph the list will ‘start off cautiously’ and will then be updated every few weeks.

‘It’s a rolling, evolving list that is going to start off cautiously but could start to change quickly,’ they told the publication.

‘It is not like a one-off list that affects the totality of the summer. It will update and other countries will be added.’

It has been suggested the US and the Caribbean are also likely to be added to the list by the end of June.

The European Commission said it is proposing ‘to allow entry to the EU for nonessential reasons not only for all persons coming from countries with a good epidemiological situation, but also all people who have received the last recommended dose of an EU-authorised vaccine’.

It was not revealed which countries would be on its list, but one unnamed EU official said the UK remains a ‘question mark’.

It comes after health secretary Matt Hancock hailed the coming of a ‘great British summer’ ahead as he confirmed a total of 50 million Covid-19 jabs have been given out across the UK.

And official data from yesterday showed the UK has recorded just one death from coronavirus within 28 days of a positive test in the past 24 hours.

But yesterday was a bank holiday, which has in the past affected the number of deaths recorded, making the total lower than usual.