Robert Wilson was stabbed and slashed more than 100 times by teenagers Kiyran Earnshaw and Luke Gaukroger in an unprovoked sadistic attack after the pair had spent the day drinking vodka and taking prescription tranquilliser drug Xanax.

The 53-year-old, his friend John Badejo and a colleague had asked the teenagers to leave the grounds of the Thornton & Ross pharmaceutical plant where they worked in Linthwaite, West Yorks.

Speaking about the murder for the first time, John, 40, said: “I wholeheartedly support what Elaine is doing and will do anything I can to try to help. I was glad that those responsible for taking his life were jailed and possibly will never come out, because they deserve to be there and not to be integrated in society.”

John, a team leader at the plant, was seriously injured as he tried to stop the attack. Robert, a supervisor, was struck on his head and body with the sword by Earnshaw, 19, who had produced the weapon from his trousers.

Father-of-three John sustained injuries to his left hand as he tried to prevent Earnshaw from inflicting any further blows on his friend. He suffered damage to the bone, nerves, tissues, tendons and veins of his hand and can no longer use it properly, ten months on from the savage January 16 attack.

The three workers had asked the teenagers to go away from the factory at about 11.30pm after seeing them on CCTV.

Gaukroger, 16, claimed to have lost his phone and the three were helping him look for it using the torch from one of their mobiles when events escalated.

John said: “They shouted, ‘Are you filming us?’ We were not warned or even given the chance to explain why the phone was used as a torch to find his phone. 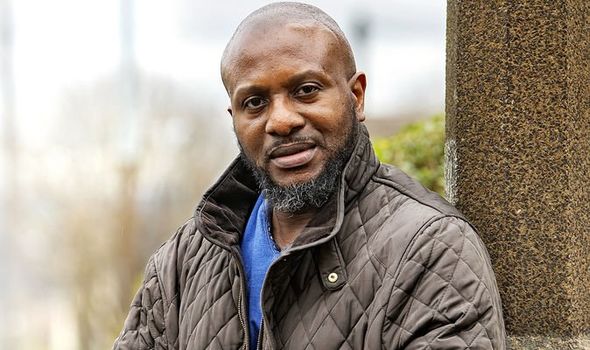 “Suddenly, Kiyran brought out a samurai sword from his body and started striking it on Robert’s head and body area.

“When I was badly hit by the samurai sword I withdrew back and was bleeding badly with a massive cut right through my hand.

“Suddenly I ran and fled for my life knowing I couldn’t do anything to save Robert.”

While John and his colleague ran to get help they could hear Robert screaming as the two teenagers continued their sickening attack. Passing the blade between them, the pair repeatedly stabbed and slashed and tried to decapitate him. 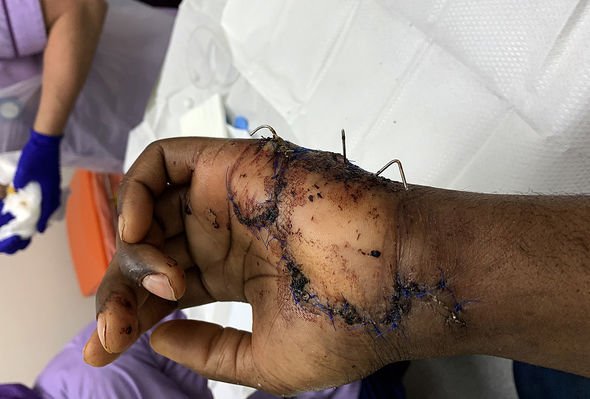 The two men jumped into a watercourse to escape but were unable to get out on the other side, so had to call the police from the water.

John said: “I told my colleague to call the police and help me stop my bleeding.

“He managed to get through to the emergency services and started to explain what was happening.

“At that time we could still hear Robert screaming for his life.

“We were trapped in the river- canal and couldn’t find a way out, suddenly we heard someone running towards us. 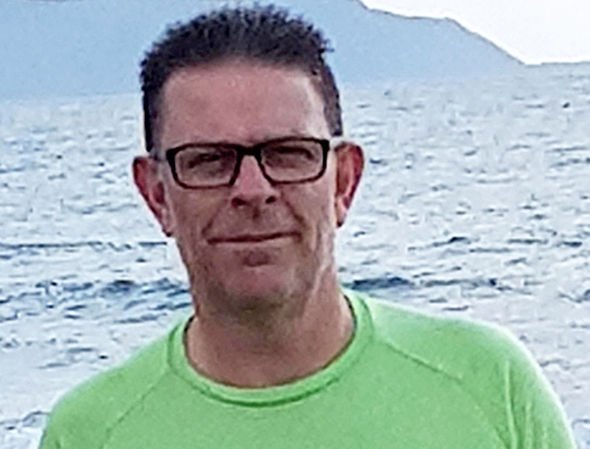 “I don’t remember how I got out but when I got out I ran across the road to the 24-hour shop.

“At that point there was no significant method or better option to try and save Robert’s life, due to the injury that I sustained during the attack and also the fact that I got trapped in the river canal.”

He saw a former colleague in the shop and asked him to also ring the emergency services, who soon arrived.

John said: “[Paramedics] took the jacket from my hand and I remember one eye witness vomiting when he saw the state of my injury.” 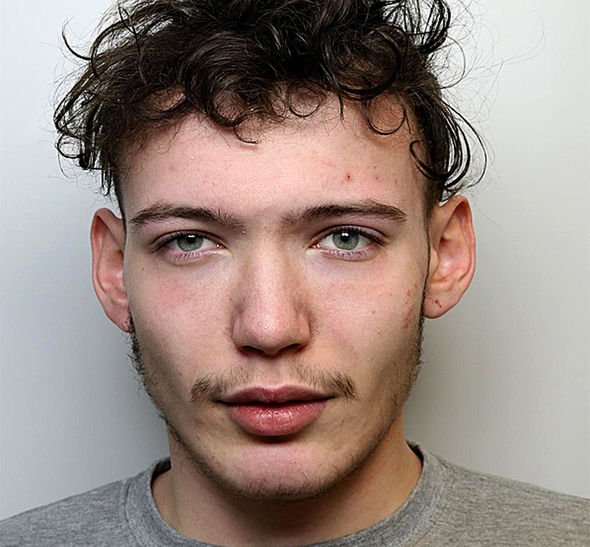 He was taken to Huddersfield Royal Infirmary, accompanied by a police officer and two paramedics. In the ambulance, he was told Robert had died at the scene.

“I remember crying hard and banging on to the ambulance with my legs, I was very upset,” he said. In A&E he had to wait more than two hours with just painkillers and oxygen. By about 4am he was transferred to Bradford Hospital, where he underwent 12 hours of surgery under general anaesthetic.

He said: “I was relieved when I saw my family waiting for me and was taken to a ward where I spent three weeks before being discharged.

“It was a horrible experience and I am glad to still be alive to see my family.”

Earnshaw and Gaukroger were jailed for life for the murder and will have to serve a minimum of 22 years and 16 years, eight months, respectively in September. 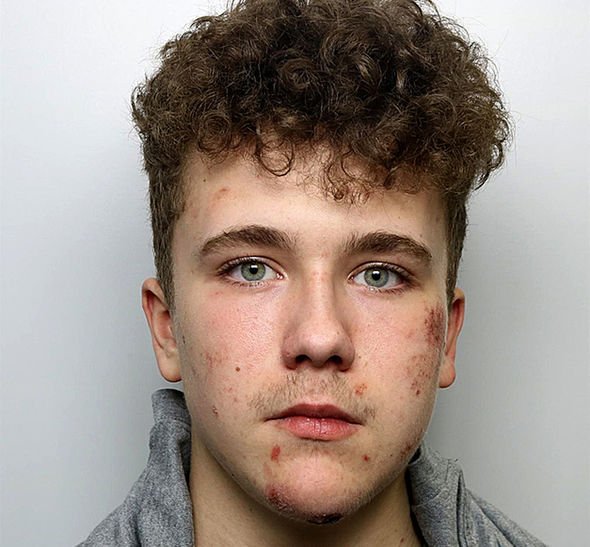 Leeds Crown Court heard the pair had both previously been in court for violent offences, but had escaped with community sentences. John is backing the campaign by Robert’s widow Elaine, 61, to get tougher sentencing for violent youngsters in the hope it will prevent them from becoming killers.

As previously reported in the Sunday Express, she also hopes to work with police to educate primary school pupils about the dangers of knives and has already had a pledge from Justice Secretary Robert Buckland and Prime Minister Boris Johnson that her husband’s murder will be taken into account as sentencing guidelines are drawn up.

John, who damaged his other hand in an earlier car accident, is still trying to recover from the ordeal which affected him physically and mentally, as he still suffers with flashbacks.

The regular gym-goer, who dreamed of becoming a personal trainer, has become a virtual recluse. He is still unable to work, rarely leaves the house, has been irritable and could sleep only two hours a night for the first six months after the murder. 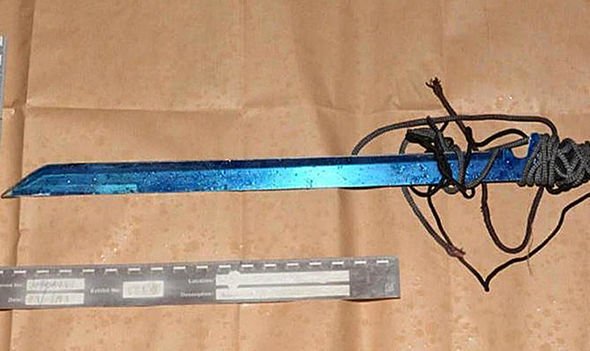 His mood swings and anger also caused him to separate from his family.

He said: “There are no words to describe the pain I was in. I am still suffering from pain now and may suffer the rest of my life.

“I can barely straighten my fingers and can no longer clench my fist and struggle to grip things.

“My loneliness has destroyed my relationship with my family. I have no identity or focus towards life any more.

“I feel very scared and nervous when I see groups of youths gathered together.”

Despite his attempts to save his colleague and friend, John has suffered from guilt that he was unable to help him.

He still has bottles of alcohol given to him by Robert that he says he will never drink. He said: “I think about what I could have done differently to save Robert’s life. This still gives me guilt and regret. I could have lost my life too.

“Not a day goes by that I don’t think about what happened and what I could have done.

“The attack came out of nowhere. Rob was killed for no reason.”

But Elaine said: “I will always be grateful to John for what he tried to do to save Robert and I have said to him, ‘Please don’t feel guilty’.”