Here is everything you need to know about the Queen's crown 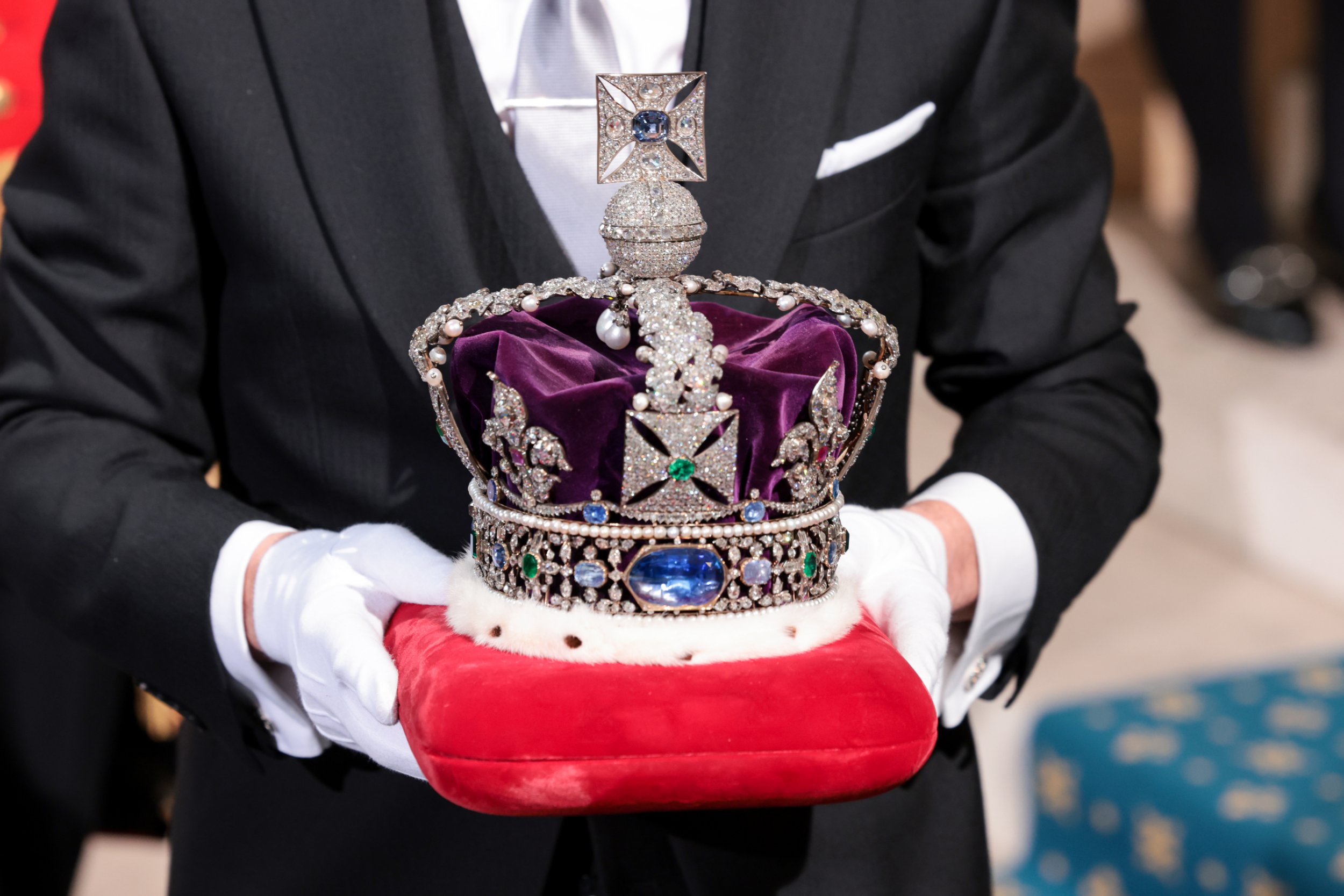 Although Queen Elizabeth II had to miss the State Opening of Parliament today, with Prince Charles taking her place, a prized possession of hers has made an appearance.

The Imperial State crown, identifiable by its purple velvet cap and large ruby, was carried into Westminster Abbey by the royal jeweler.

But why is there a crown in Her Majesty’s place – and how much is the iconic piece of jewellery worth?

Here is everything you need to know.

Why is there a crown at the State Opening of Parliament?

The Imperial State crown’s presence in Parliament is down to tradition.

The prime symbols of the sovereign’s authority must be present in order for the State Opening of Parliament to take place.

This year is no different – even if the crown is on top of a velvet cushion carried by the royal jeweler, rather than Her Majesty.

The Imperial State Crown travels from the Jewel House at the Tower of London to Westminster in its own carriage.

Inside Westminster, the monarch usually dons robes and the crown before taking their place on the throne in the Lords’ Chamber.

In the BBC documentary The Coronation, the Queen revealed she is unable to look down to read the speech.

She said: ‘You can’t look down to read the speech, because if you did it would fall off. There are some disadvantages to crowns but otherwise they are quite important things.’

The crown is a rare sight, as it is only worn at State Openings of Parliament and coronations (worn by the monarch after the coronation – the St Edward Crown is used during the ceremony).

How much is the Queen’s crown worth?

The Crown Jewels as a whole are said to be priceless, because they are not insured, they haven’t been officially appraised.

However, there is an estimated value of between three and five billion pounds.

It was originally made for Charles II back in 1661, as a replacement for the medieval crown which had been melted down in 1649 by the Parliamentarians.

The second version of the crown was commissioned from the Royal Goldsmith, Robert Vyner, in 1661.

The current version was made in 1937.

The crown, fitted with a velvet cap, is formed from an openwork gold frame and mounts three very large stones.

At the front of the crown, set into the cross is the Black Prince’s Ruby.

The Ruby is actually a balls or spinel, a semi-precious stone, said to be the same stone owned by Pedro the Cruel, King of Castile.

He then gave it to Edward, Prince of Wales in 1367 to reward him for helping the King defeat a rival in battle.