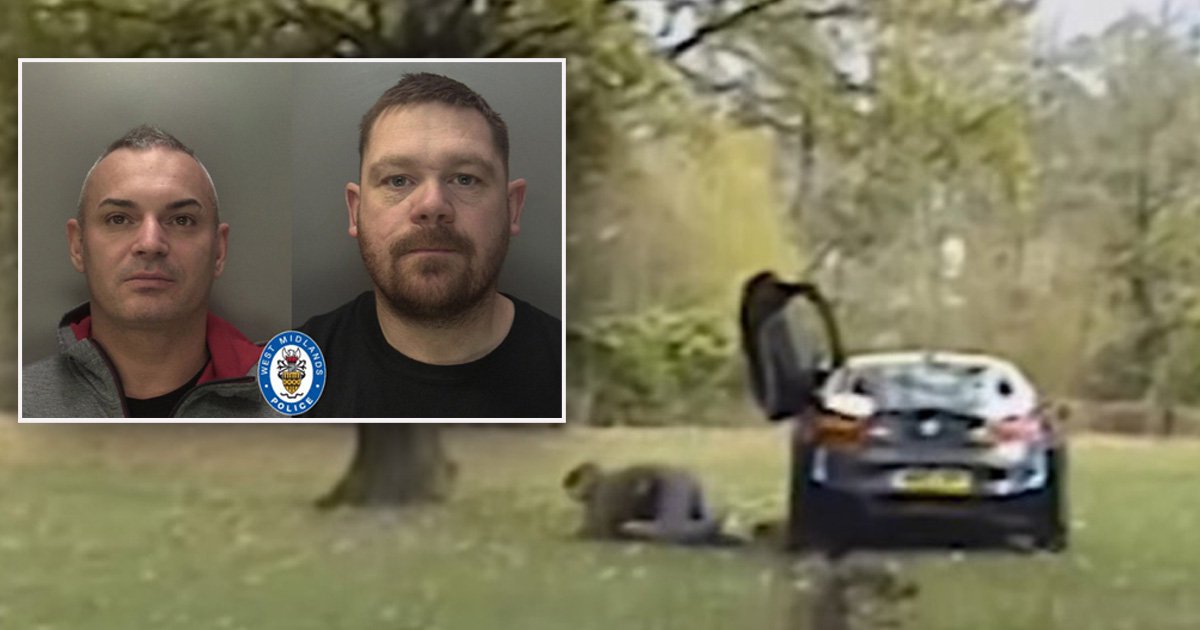 Drug dealers undertook a police car on the motorway and then one jumped out of a moving vehicle during a hapless attempt to avoid being caught with £500,000 worth of cocaine.

Officers were only alerted to the dealers’ presence when they tried to dodge a traffic queue on the M6 near Birmingham last year.

Driver Simon Pagett, 39, initially signalled to pull over on the hard shoulder, but then floored the accelerator, reaching speeds up to 100mph.

The incident unfolded near junction seven of the M6, at Great Barr, West Midlands, on November 5.

Pagett is eventually seen turning off onto the A34 main road towards Walsall, hitting the central reservation, weaving in and out of cars and jumping red lights.

He went off-road onto a park and his passenger Dean Stone, 40, jumped from the still-moving car clutching a rucksack full of drugs.

Stone, of Burgh Way, Walsall, was arrested a short time later trying to get into a taxi, while the rucksack was found in bushes.

#WATCH | Two drug dealers sped down a motorway hard shoulder to avoid queuing â but unwittingly undertook one of our officers who caught up with the pair and found them with Â£500,000 of cocaine.

Meanwhile, Pagett – now alone – pulled over, even using his indicators to signal his intent.

During an examination, the bag was found to contain five 1kg slabs of high-purity cocaine with a street value of £500,000, police said.

The pair admitted possession of cocaine with intent to supply while Pagett, of Dartford Road, Walsall, pleaded guilty to a separate charge of dangerous driving at Birmingham Crown Court on May 27.

Pagett was jailed for seven years and Stone six years.

Detective Constable Mandy Dorrington, said the pair’s belief they were ‘too important to waste time in a traffic queue’ led directly to their downfall.

She added the men’s finances would now be forensically examined and any criminal assets identified as a result would be seized.