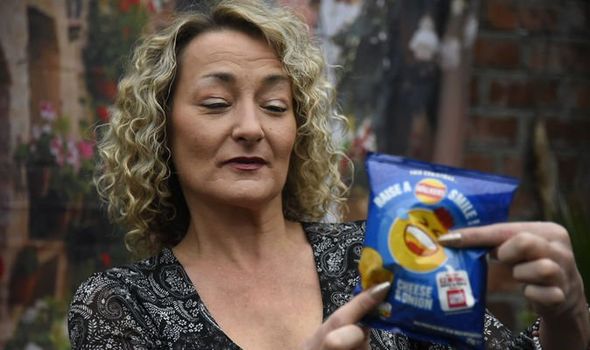 Yarna Davies purchased a multipack of the snacks from a Sainsbury’s store last week, opened one packet and found no crisps in it at all. To her shock, there was “not even a crumb” in the packet.

Yarna said: “I can’t lie I was about annoyed when I realised [there were no crisps in the packet].

“Now I just think it was one of those things.

“It’s a once in a lifetime thing and this is never going to happen to me again.”

And, due to its rarity, the hairdresser and barber intends to keep the packet in a drawer in her home in Cathays, Cardiff.

She bought the multipack from a Sainsbury’s Local in Cathays, reports Wales Online.

Yarna continued: “I shook the pack, and though ‘ooh, that’s funny’. And I said to my friend ‘have a look at this’. Obviously no noise or anything when I shook the packet.

“My friend said ‘oh my god that’s amazing – you need to do something about that’. I thought ‘don’t be silly’. But my friend said ‘honestly now, it’s a once in a lifetime thing’. So I thought ‘yeah I’ll share it’.

Yarna said Walkers saw her Facebook post on the subject and that she was very pleased with their response.

“They saw it and said they’d reimburse me with vouchers and they apologised,” Yarna explained.