Marcio Gomes made the remarks in an “extremely distressing” 999 call that was played to the inquiry into the disaster on Friday.

The hearing in central London was the last day of evidence when survivors or victims’ relatives recalled events on the night of the fire.

Mr Gomes’ wife and two daughters survived the blaze that left 72 dead in June 2017, but his son Logan was stillborn in hospital as a result of the smoke.

The father called 999 as he made his way down from his flat on the 21st floor with his family. 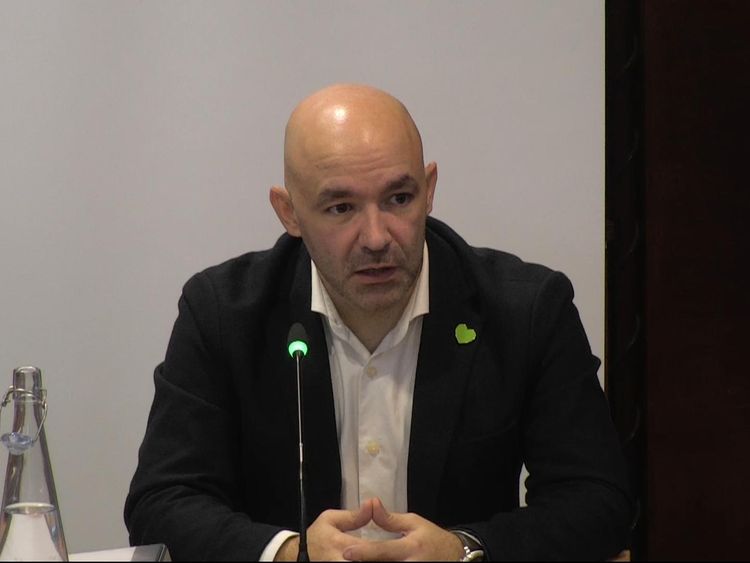 The 33-minute call covered their descent through the tower, with Mr Gomes separated from his family for part of the ordeal.

He told the inquiry how he stepped on bodies on his way out of the building and feared they were his wife or one of his daughters.

Mr Gomes added that his children “suffered an event of such magnitude” that its impact on them “will probably scar them for the rest of their lives”. 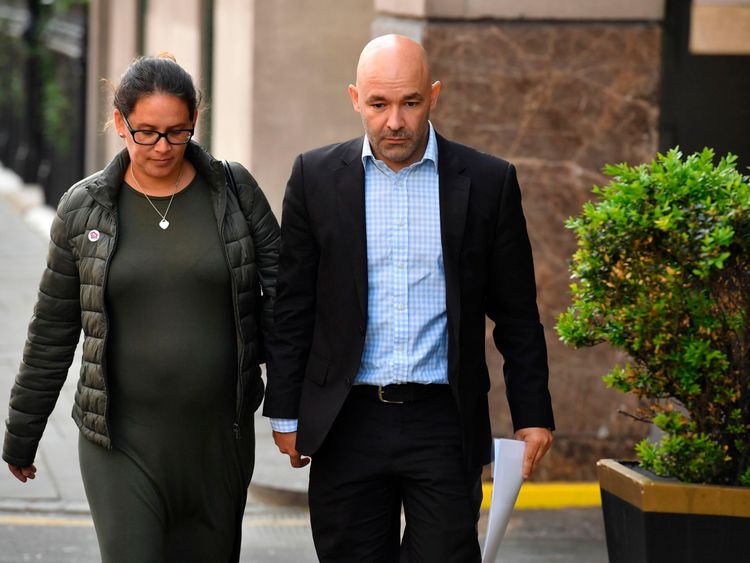 Richard Millett QC, counsel to the inquiry, issued warnings before the 999 audio was played so that people could leave the room if they wanted to.

He told the inquiry: “I was trying to shout and breathe at the same time.”

The 999 operator could be heard telling Mr Gomes: “Don’t give up.”

At one point he realised his girls were behind him when they were initially in front. 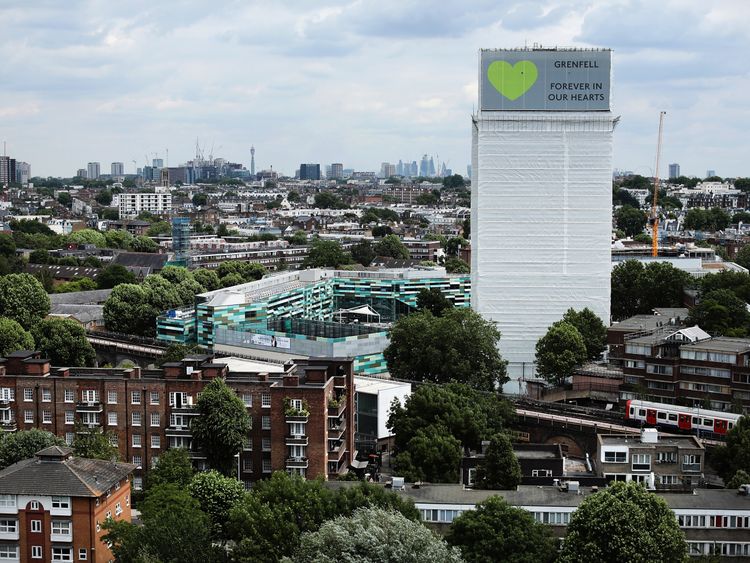 He could be heard shouting: “Girls, come on, follow my voice.”

Mr Gomes, who said his family was “devastated” by the events of that day, had to pause a few times during the hearing as he appeared visibly upset.

He recalled turning around and starting to make his way back up to find his daughters.

The operator on the call could be heard saying: “You’re doing so, so well. So well.”

She continued: “You need to go back and get them as a dad.” 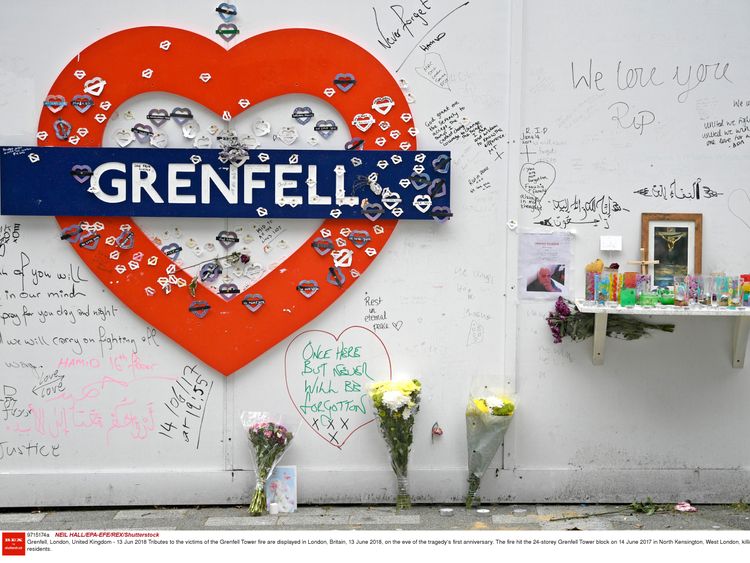 Mr Gomes told the inquiry: “I was panicking at that point because on the way down on the stairwell we had to go over bodies.

“I stepped on some. I tripped… I tripped up on some.

“So I started thinking that… that the bodies that I stepped over was my wife and my daughter.

“So that’s why I kept shouting for my wife and wanted to go back up the stairs and find them.

“I didn’t know where they were.”

In a transcript of his conversation with the 999 operator, Mr Gomes says: “Please God, take me, not my girls.”

The moment he said those words was not played in the inquiry.

His wife Andreia Perestrelo was seven months pregnant at the time of the fire and baby Logan was due on 21 August 2017.

Mrs Perestrelo, who is pregnant again and expecting a baby girl, told the inquiry: “I strongly feel that the people who consented to the modifications to Grenfell Tower are responsible for the death my son.

“If it had not been for the fire, Logan would still be here.”

Mr Gomes, who had made earlier calls to the emergency services during the fire, told the inquiry he wishes that the 999 operators had been honest and more knowledgeable about the situation from the first conversation.

He said had he known that no help was coming, he would have handled the situation differently.

Mr Gomes pointed out his wife is asthmatic.

At the conclusion of his evidence, Mr Gomes described NHS staff as “amazing” and thanked the firefighters.

He added: “But mistakes were made.

“You can’t change the past but you can influence the future.”

Mr Gomes went on: “I truly believe that a lot more lives would have been saved if things were done quicker.”