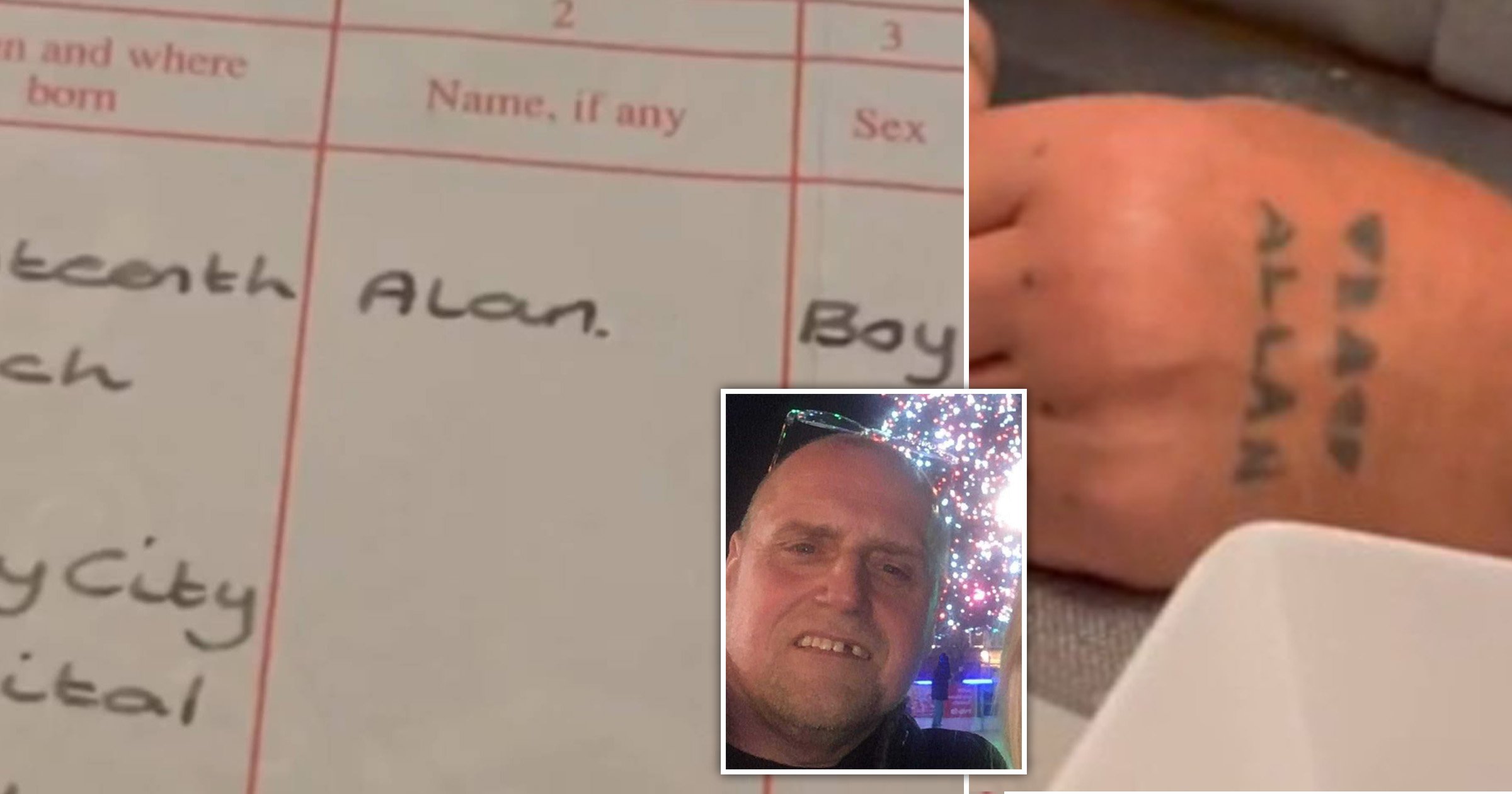 A granddad has been left ‘dumbfounded’ after discovering he’s spent six decades using a slightly different version of the name he was given at birth.

Allan Grainger’s family teased him for ‘spelling his name wrong his whole life’ after finding he was named ‘Alan’ Grainger on his birth certificate.

The 61-year-old used the double-L version on his wedding certificate and driving licence and even has two tattoos of the name on his body.

His daughter Mya, 22, filmed the moment she pointed out the original spelling to him after they unearthed the old document for the first time in decades.

The camera pans to a confused-looking Allan before zooming into his hand tattoo.

But the 61-year-old suspects the error was made by whoever wrote the birth certificate.

He thinks his parents wrote his name with two Ls and would not have let him misspell it as a child.

Allan told MailOnline: ‘I couldn’t believe it. I’ve been spelling my name like that all my life. When my daughter said that I thought she was winding me up.

‘I was dumbfounded and just couldn’t believe it. I think it was a mistake on the birth certificate because my mum wouldn’t let me go through school spelling my name like that.

‘I’ve got two tattoos with my name on it, one on my arm and one on my hand. I’m not going to start changing it, I don’t see what difference it would make.’