‘Heroic’ patrons confronted a gunman who killed five people at a gay nightclub in the US – hitting him with his own weapon.

At least 25 other people were injured, with seven in a critical condition, when the 22-year-old suspect, named as Anderson Lee Aldrich, opened fire with an AR-15-style semi-automatic weapon.

At least two people bravely grabbed the handgun and hit Aldrich before pinning him to the ground until police arrived.

The nightclub called the shooting a ‘hate attack’ on its Facebook page.

But investigators are still determining a motive and what charges should be made.

The charges are likely to include first-degree murder, according to the El Paso County district attorney, Michael Allen.

Aldrich is now in custody and is receiving medical treatment for injuries. 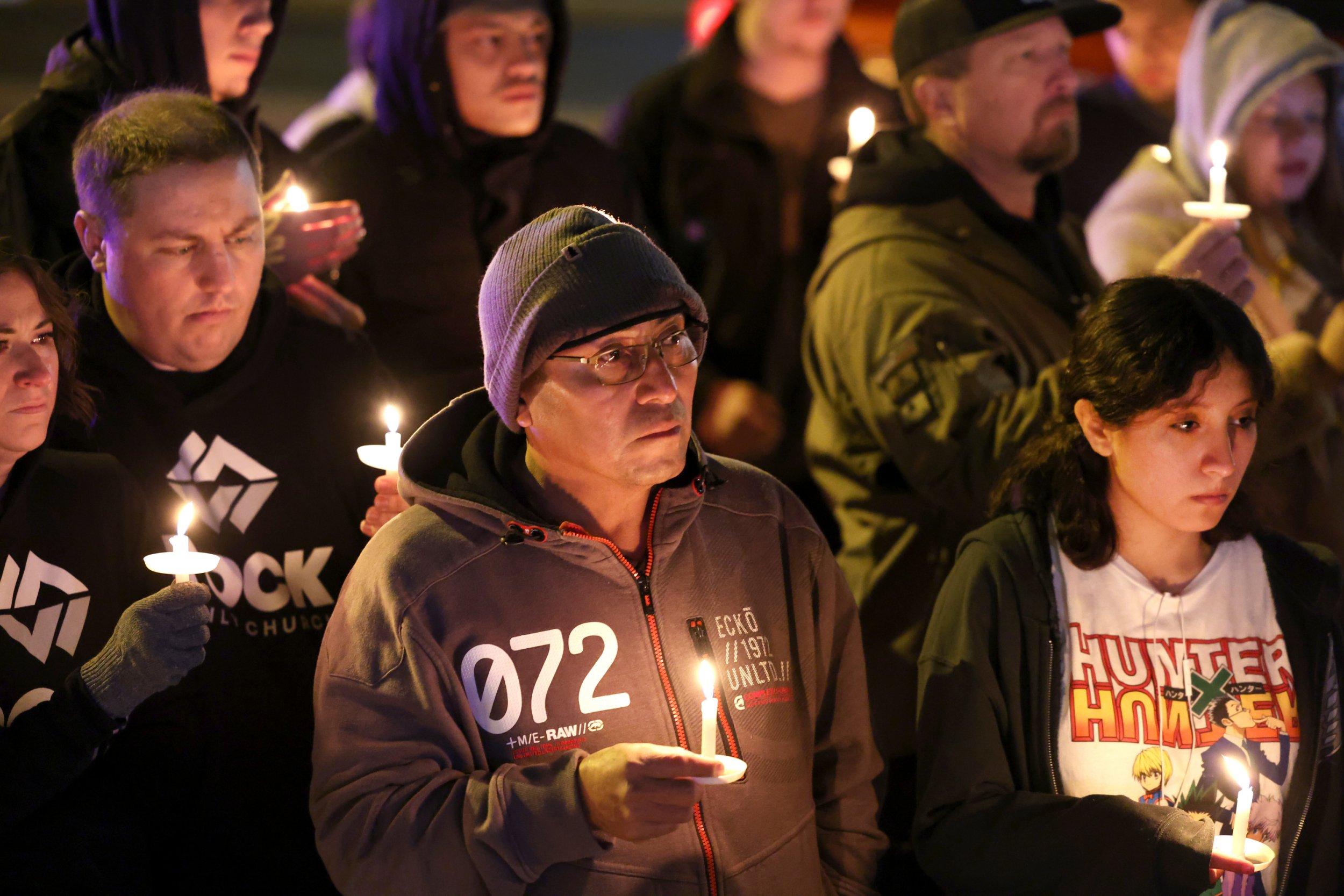 The city’s police chief, Adrian Vasquez, said: ‘At least two heroic people inside the club confronted and fought with the suspect and were able to stop the suspect from continuing to kill and harm others.

‘We owe them a great debt of thanks.’

‘This could have been exponentially more tragic’ had they not intervened, he said.

It has emerged Aldrich was arrested in 2021 after his mother reported he had threatened her with a homemade bomb and other weapons, authorities said.

No explosives were found at the time and local reports said prosecutors did not pursue any charges.

Some of the 25 people hurt were trying to flee the scene of the shooting on Saturday, although it is unclear if they were shot.

The attack is the sixth mass killing in the US this month and comes six years after the 2016 massacre at Pulse gay nightclub in Orlando, Florida, which claimed the lives of 49 people.

Got a story for Metro.co.uk?

Get in touch with our news team by emailing us at [email protected] For more stories like this, check our news page.