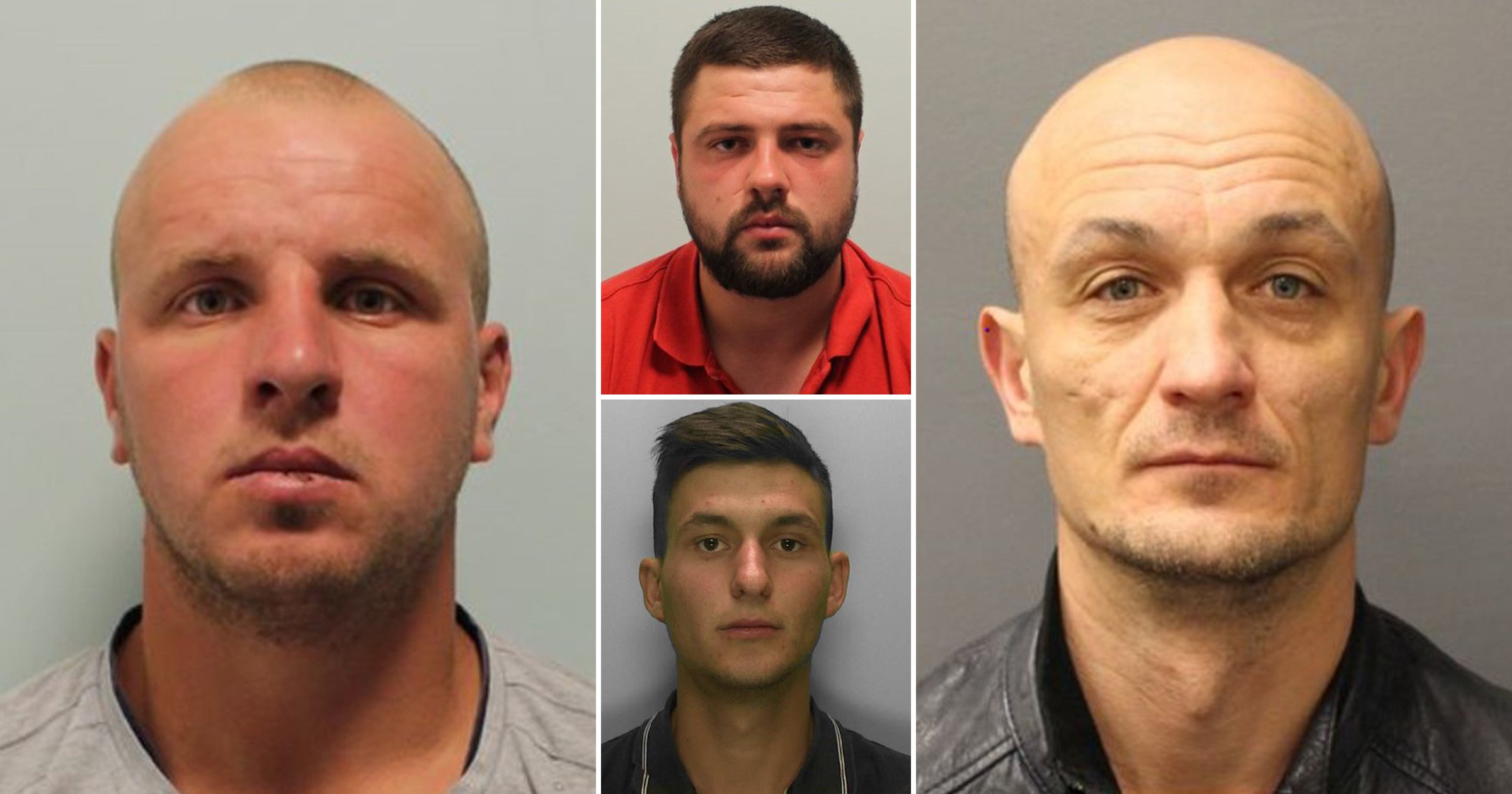 Four men who repeatedly raped a woman after targeting her in a nightclub have been jailed for more than 70 years.

Octavian Lupu, 31, was filmed approaching several women at the club in Ealing, west London, before finding the victim and plying her with drinks.

She had planned to get a taxi home but her mobile phone was not working and left with Lupu who offered to help her get a lift.

But she was put in the back of a car with Lupu and his three accomplices – Andrei Rotaru, 25, Alexandru Cimbir, 40, and Dmitri Ceban, 28.

She was then taken to an address in Northolt where she was raped repeatedly for 90 minutes.

The brutes returned the victim’s clothes after the ‘prolonged’ attack in August 2017 and called a taxi to take her home.

She managed to get to a hospital where she contacted police who launched an investigation.

After trawling through the club’s CCTV and ID entry system, police tracked down the four men.

They continued to deny the allegations and showed ‘no remorse’ over the sickening assault, which one senior detective said was ‘one of the worst’ in her career.

Lupu was jailed for 20 years after being convicted of rape at Isleworth Crown Court.

Rotaru was jailed for 17 years, while Cimbir was sentenced to 18-and-a-half years, and Ceban was caged for 16 years.

Detective Constable Angie Meadows said: ’The victim was on a night out with her friends when she was subjected to a horrific ordeal by these men who have expressed no remorse for their actions throughout the course of the investigation.

‘I hope that the conclusion of the case gives the victim some closure that she can begin moving forward with her life.

‘She has shown great courage and bravery in standing up to her attackers and supporting the investigation.’