G7 police cruise ship: How much does it cost to rent a cruise liner to house 1,000 cops?

Joe Biden arrives in the UK for G7 summit

The Devon and Cornwall Police confirmed it would use MS Silja Europa, owned by Estonian cruise firm Tallink, to house officers for the G7 Summit taking place between June 11 and 13. The ship, which usually cruises the Baltic Sea, arrived in Falmouth Harbour last weekend and has been chartered for a 10-day period over the summit.

How much would this have cost?

The exact figures of the cost of the charter are confidential, however, Devon and Cornwall police confirmed to Express.co.uk that all costs will be met by the Government, while the G7 Cabinet office said that all “decisions on the operations themselves – including police accommodation – are made by D&C Police”.

Joyce Landry, CEO of Landry and Kling who brokered the charter between the police and Tallink for the summit, is on board for the event and spoke to Express.co.uk from MS Silja Europa about the logistics of an event of this scale and why it was opted for by the police.

In terms of the general cost of charting a ship like this, she said: “Cruise ships all have their daily charter rate – when you charter a ship you actually buy the whole ship whether you use it or not.

“What a cruise ship would typically do is take what they would charge you on a per-day basis to be one of their passengers and then multiply it by the number of rooms that are on board.” 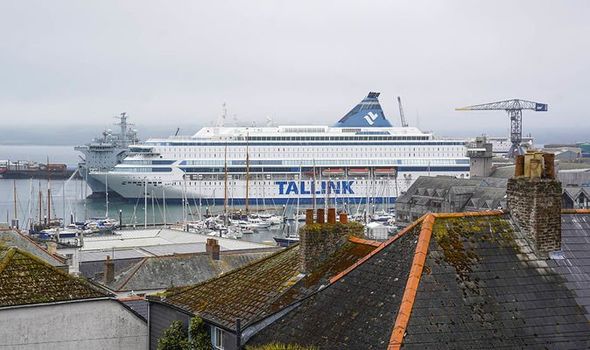 MS Silja Europa has the capacity to sleep 3,000, but under Covid restrictions, only 1,000 guests are permitted.

If we were to look at the lower-end estimates provided of £150 per person per day, we could be looking at a total cost of £1.5million, and on the higher end of £500 per day, up to a total of £5million for the 10-day stay.

There would be “a lot of other negotiations to be done” in agreeing a final price, Ms Landry said, and this event was no different. 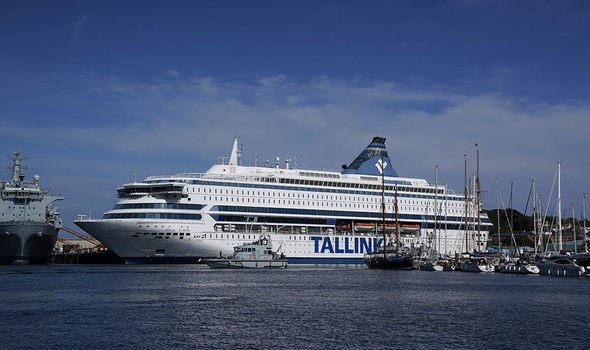 She said that, given the force is publicly funded, the charter needed to be cost-effective and make financial sense.

Indeed, a search of hotel rates in the area for the weekend ahead and summer beyond shows that putting up 1,000 police officers onshore might not have made financial or logistical sense given the number of people descending on the small coastal town this weekend.

Already, more than 5,000 extra officers on top of 1,500 from the Devon and Cornwall force are helping police the summit, with more than 4,000 rooms in separate accommodation such as hotels booked, the force said.

Ms Landy said that, while MS Silja Europa is “comfortable”, it’s actually “not a cruise ship, it’s a cruise ferry so it’s basic.

Other logistics which played a factor in the deal included some unexpected perks of a travel season pummeled by the coronavirus pandemic.

Ms Landy said that, as the ship was sitting in Estonia rather than undergoing its usual busy summer season, “they hadn’t crewed up yet”.

This meant that hundreds of crew members for a total of 3,000 passengers who would usually be on board under contract weren’t there, so a scaled-back crew kept costs down.

Other factors that kept the cost down was the fact that MS Silja Europa wasn’t too far away, “a mere three days” sailing, Ms Landy said. 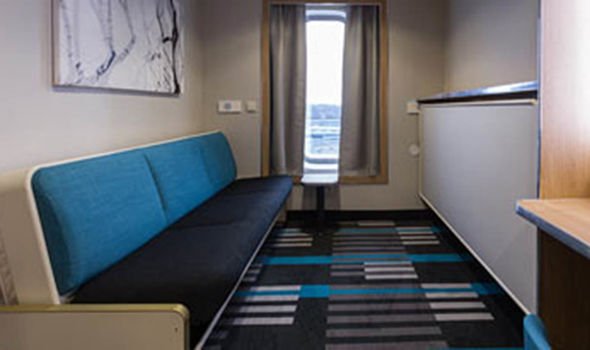 These “mobilisation” days are all included in the cost of the charter, and the less the better.

Ms Landy added that Covid had “actually helped” this charter due to the disrupted summer season and ship bosses being willing to charge a reasonable rate given the lack of revenue this year.

A police spokesman said using the ship took into account “impacts to the environment, community, the operational needs, and those of our officers and staff”.

Ms Landy said: “We wish we could put more people on board, I mean we see the need out there.” 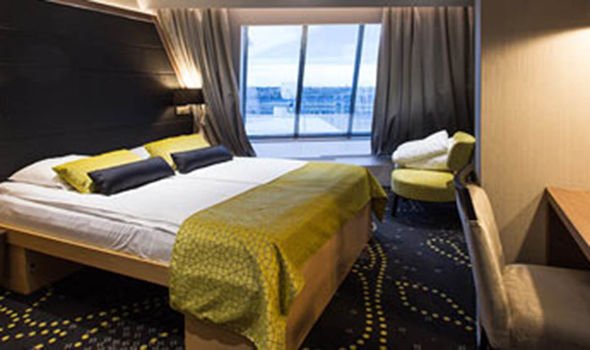 She added: “Right now I think everyone is settled, but it’s the first couple of days.

“This large of an operation has not been done here before, so there are just learning curves to be made.”

Tallink CEO Paavo Nõgene said the company was “pleased to work with the Devon and Cornwall Police team on this charter and happy to provide accommodation to the officers working with the summit”.

He said: “I know our crew will do their best to ensure the officers’ stay on our vessel will be safe and comfortable.”