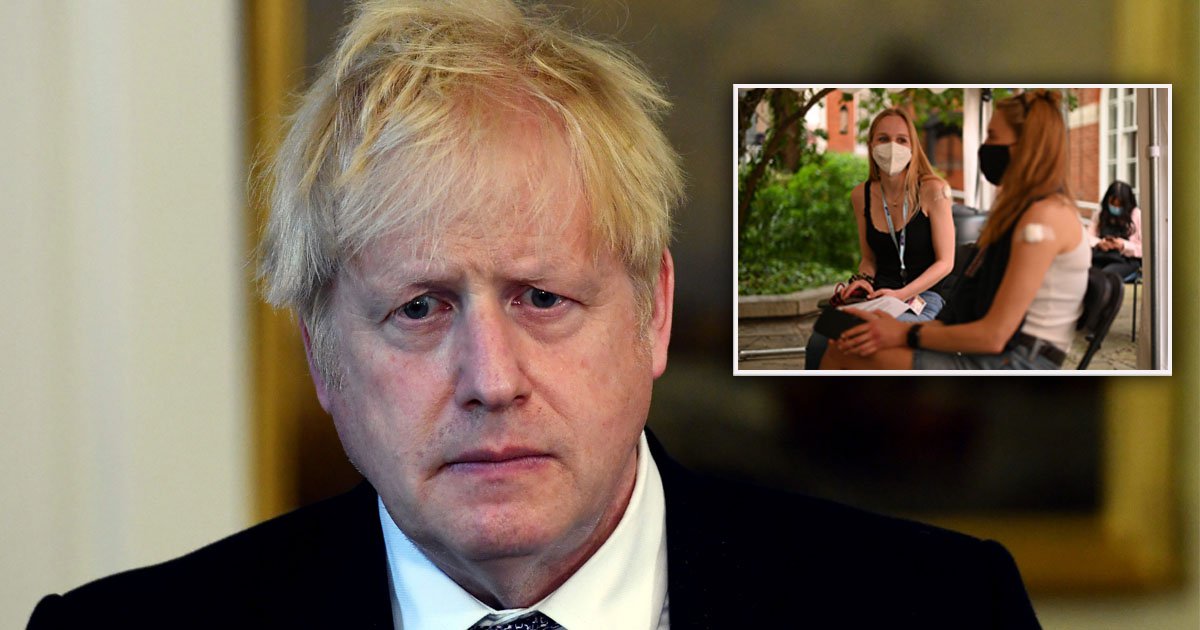 The final step of Boris Johnson’s roadmap’ out of lockdown could be delayed by a fortnight after a ‘downbeat’ briefing with ministers, according to reports.

Hailed as ‘freedom day’, June 21 is the earliest date that all remaining limits on social contact could be lifted.

It means nightclubs could open again for the first time in over a year while restrictions on large events would no longer apply.

But as concerns grow over the spread of the highly-contagious India variant — recently renamed the Delta strain — the Government is said to be considering a two-week delay.

This would allow all over-50s to be fully vaccinated and leave more time for jabs to take full effect before restrictions are ended.

A source told the Times: ‘They emphasised again that the vaccine did not provide 100 per cent protection and there were real concerns about the transmissibility of the new variants.

‘I think you’re looking at a delay of between two weeks and a month. As long as we have fully opened things up by the school holidays then I don’t think the political damage will be too great.’

Another cabinet source said the mood in Whitehall was ‘downbeat’ and that a two-week delay, followed by a full reopening as planned, would help minimise confusion.

Is is thought the Government is privately aiming to get all over-50s their second doses before June 21, but they can take up to three weeks to take full effect.

A spokesman for the Prime Minister said there is ‘nothing in the data’ to suggest that freedom day needs to be delayed, but that the Government will be watching case numbers and hospitalisations closely.

On Sunday Health Secretary Matt Hancock said No 10 is ‘absolutely open’ to pushing back the unlocking if necessary.

Insiders said the decision will be based on data showing the impact of the Delta variant on hospitalisations, which have largely remained steady and flat.

However, Public Health England suggested there could be an increased risk linked to the strain.

Of the 12,383 cases of the Indian variant that have been identified, 126 have led to hospital admissions. Out of those, 83 hadn’t had any doses of the vaccine while 28 had received one.

Hancock said the latest advice is that the Delta strain is 40% more transmissible than the Kent one.

Under current plans, the Government hopes to do away with social distancing, meaning the one metre-plus rule would no longer be needed in pubs and restaurants.

The rule of six on indoor gatherings would be ended, nightclubs would be able to open their doors again and the 30-person limit on events including weddings would be lifted.

However, rules around social distancing, the use of face masks, and guidance on working from home are unlikely to be lifted as planned on June 21, according to The Telegraph.

Health minister Lord Bethell has also signalled that the twice-weekly tests for children in schools may continue after summer.

The PM’s spokesman said: ‘There is nothing in the data to suggest Step Four can’t go ahead at the earliest date.

‘But we do need to look very closely at the data over this coming week, which will be crucial, particularly on hospitalisations and whether or not the excellent vaccine rollout programme has sufficiently severed that link between the increase in cases, which we always expected to happen, particularly after Step Three, and that subsequently leading to hospitalisations and deaths.’