Fox trashes kitchen, takes a nap on counter and refuses to leave 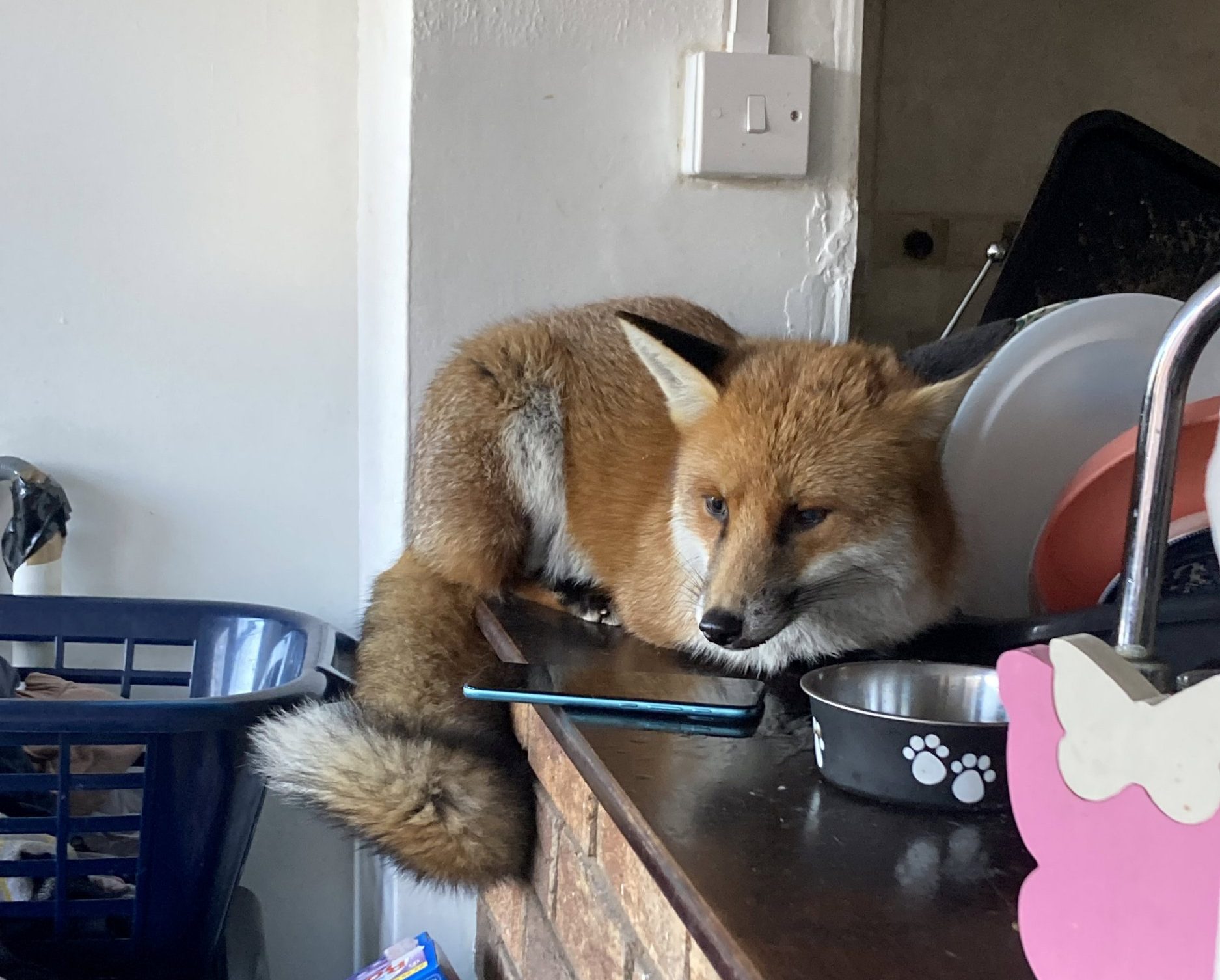 Have you ever blamed an adorable fox for the mess in your family’s kitchen?

Especially as teenagers, we all came up with unbelievable excuses for not cleaning up, but Emma Slade has the video to prove it.

Bins toppled over, rubbish scattered all over the floor, and fresh laundry scattered – this is what the 39-year-old woke up to in her house in Canvey Island, Essex.

Walking into her kitchen, the mum-of-three discovered the animal napping on the counter.

Footage taken on her phone shows the fox curled up above the sink, and refusing to leave.

Emma had left the door open in the early hours of the morning to let her dog into the garden.

Hours later, she heard loud bangs but thought it was just her daughter returning home.

The cleaner was ready to blame the pet dog until she spotted the cheeky fox was the culprit.

Thankfully, Emma’s daughter’s boyfriend, Mason, bravely picked up the invader and carried it outside.

It took three hours to clean up the mess, including a pile of poo the animal had left as a parting present.

‘Next time I hear banging in the night I might get up and check,’ Emma said after the incident on Friday.

‘I thought it was my daughter and her boyfriend coming in, but it was actually a fox.

‘I was quite scared at first, but it didn’t even flinch or want to move at all.

‘The door was closed when I came down in the morning so it must have blown closed in the night and the fox had gotten stuck.’

Unfortunately for Emma, in a probable attempt to escape, the fox had trashed most of her kitchen.

She said: ‘There was no real damage but all the washing was on the floor, bins on the floor and a lot of poo.

‘There were flowers all over the sofa. It took three hours to clean up everything.

‘I’m not the biggest fan of foxes as the night I moved in my rabbit was eaten by a fox, so maybe it’s the same one.’