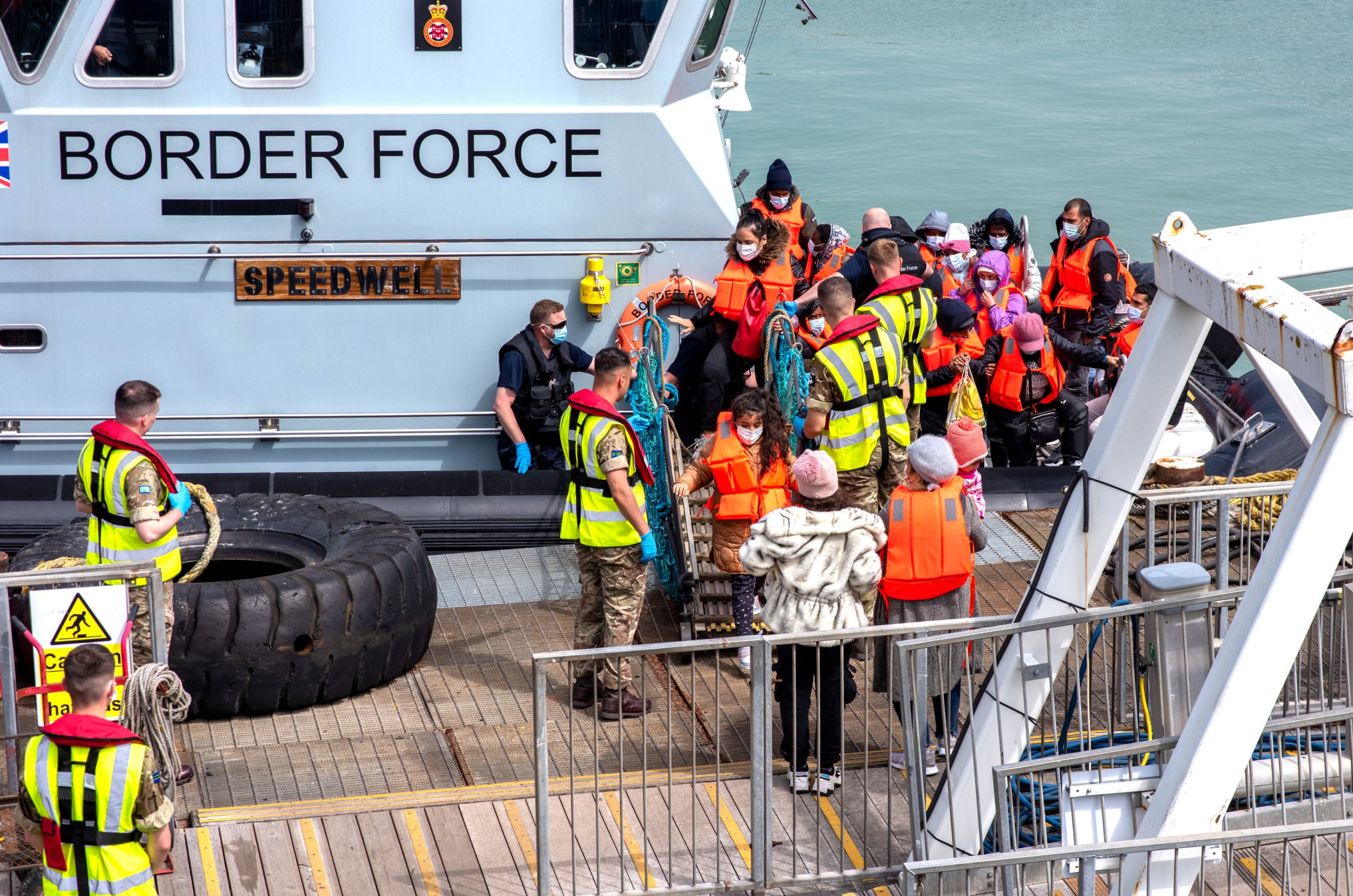 The Home Office has confirmed that the first group of people deemed to have arrived in the UK illegally will be told this week that the government intends to deport them to Rwanda.

Rejected asylum seekers who crossed the Channel in small boats will be among those to be notified that they face a one-way ticket to the East African nation.

If the scheme is fully implemented, any asylum seeker arriving via the Channel could be sent there for their claim to be considered.

The Home Office said that the first flights are expected in the coming months, but acknowledged that they could face delays.

They added that the Government ‘has the power to detain individuals pending their removal from the UK’.

‘The world-leading migration partnership with Rwanda means those making dangerous, unnecessary and illegal journeys to the UK may be relocated to Rwanda to have their claims for asylum considered and to rebuild their lives there, helping break the people smugglers’ business model and prevent loss of life.

‘I will not be deterred from acting to deliver on the changes the British people voted for to take back control of our money, laws and borders.’

Boris Johnson signed off on proposals to ‘process’ asylum seekers who enter the country ‘illegally’ via a third country last month, in a bid to deter people from crossing the English Channel in small boats.

Their asylum claims will be considered in Rwanda. If successful, they will be granted asylum or given refugee status in the country.

Those with failed bids will be offered the chance to apply for visas under other immigration routes if they wish to remain in Rwanda but could still face deportation.

The prime minister’s £120 million scheme was met with strong criticism from refugee groups, opposition parties and some Conservatives.

More than 7,000 people have already made it through the busy shipping route so far this year – more than three times the amount for the same period in 2021 and seven times the number recorded by the same point in 2020.

The Prime Minister has argued that the decision has been made to deter asylum seekers from making the Channel crossing and becoming targets of opportunistic people smugglers.

‘I accept that these people – whether 600 or one thousand – are in search of a better life; the opportunities that the United Kingdom provides and the hope of a fresh start,’ said Mr Johnson.

‘But it is these hopes – these dreams – that have been exploited.

‘These vile people smugglers are abusing the vulnerable and turning the Channel into a watery graveyard, with men, women and children drowning in unseaworthy boats and suffocating in refrigerated lorries.’

‘The financial and human cost will be considerable; evidence from where offshoring has been implemented elsewhere shows it leads to profound human suffering, plus the bill that taxpayers will be asked to foot is likely to be huge,’ she said.

‘We are not convinced this drastic measure will deter desperate people from attempting to cross the Channel either.’