As Mr Crosland argued the “climate environmental emergency has been recognised by Parliament in May 2019”, Mr Webb hit back: “Yes, but they don’t want to be doing the things you are suggesting should be done. All I’m suggesting is that there is room, is there not, for legitimate disagreement about what is going on.”

To which the climate change activist replied: “There is no room for disagreement, urgent and radical action must be taken and the Government is failing to do that.

“The Murdoch press is making that failure possibile and facilitating it. There’s no disagreement about that.”

At this point, the BBC host blasted: “When you say there’s no room for disagreement that will strike people as essentially totalitarian.

“You are not allowing people to take a different view or you would not allow them if you were in control.”

The clash comes after the group of activists delayed the distribution of some of the major newspapers in the country on Saturday morning. 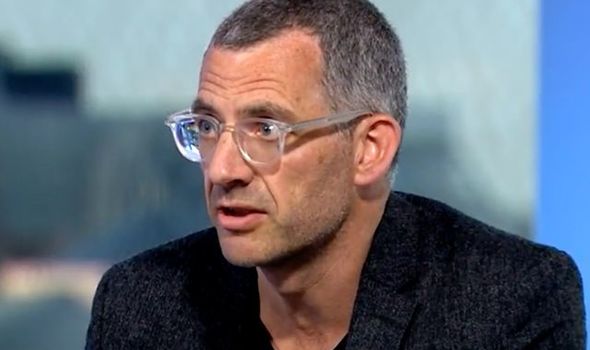 Powers to help police deal with disruptive protests are “under constant review” following the printing press blockade, the Government has said.

Home Office minister Kit Malthouse accused some XR activists of seeking to “impose an extremist world view” on others, claiming the “worthy cause” of environmental campaigning is “undermined by their tactics”.

He condemned the blockade of newspaper printing presses by XR activists, which left some newsagents’ shelves empty on Saturday morning.

Mr Malthouse said he and Home Secretary Priti Patel are committed to ensuring the police have the “powers required to deal with the disruption” caused by groups, such as XR, telling the Commons: “I will keep the tools available to tackle this behaviour under constant review.”

He also said the tactics used by XR protesters will be examined to ensure police have the tools needed to “deal with” problems swiftly.

The minister explained: “The fact that the disruption was successful would indicate that there wasn’t a police presence there to prevent the intervention and no doubt there will be questions asked about how intelligence around these protests can be improved.

“As part of that work, we will be looking at the tactics deployed by these protesters, not least the gluing-on and locking-on which is a new phenomenon of the last couple of years that’s required the police to develop specialist teams, if you like, and techniques, paradoxically using quite unpleasant chemicals to get people unglued off, to make sure that the police have got exactly the tools they need, both from a legal point of view but from a practical point of view to deal with these kinds of problems swiftly.”

He added the Government would “never” curtail the right to peaceful protest, adding: “Equally it’s unacceptable for groups such as XR to hide behind the guise of protest while committing criminal acts which prevent law-abiding citizens from going about their lives.”

Activists who “plan to curtail our freedoms through criminal acts … will face the full force of the law”, Mr Malthouse said before adding: “As a Government we will not stand by and allow the livelihoods of hard-working people to be undermined by a minority using the pretence of tackling climate change to impose an extremist world view.” 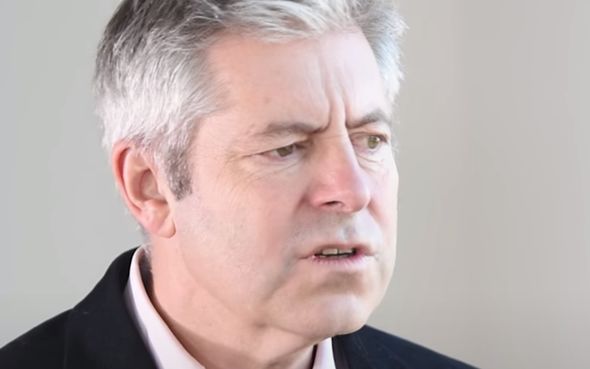 For Labour, shadow Home Office minister Sarah Jones said preventing people from buying newspapers of their choice sets back the cause of tackling climate change.

She told the Commons: “I trust that (Mr Malthouse) will agree with me rather than some members of his own party in recognising that tackling climate change is the challenge of our generation.

“However, we also know that the free press is the cornerstone of democracy and we must do all we can to protect it.

“As a result, actions that stop people being able to read what they choose are wrong.

“They will do nothing to tackle climate change.

“Those who break the law should be held to account and as (Labour leader Sir Keir Starmer) said over the weekend, the actions of those that deliberately set out to break the law and stifle the freedom of the press are completely unacceptable.

“Stopping people being able to buy the newspapers they choose and hitting small businesses in the process is hugely counter-productive.

“It does nothing to tackle the vital cause of tackling climate change, in fact it sets it back.”