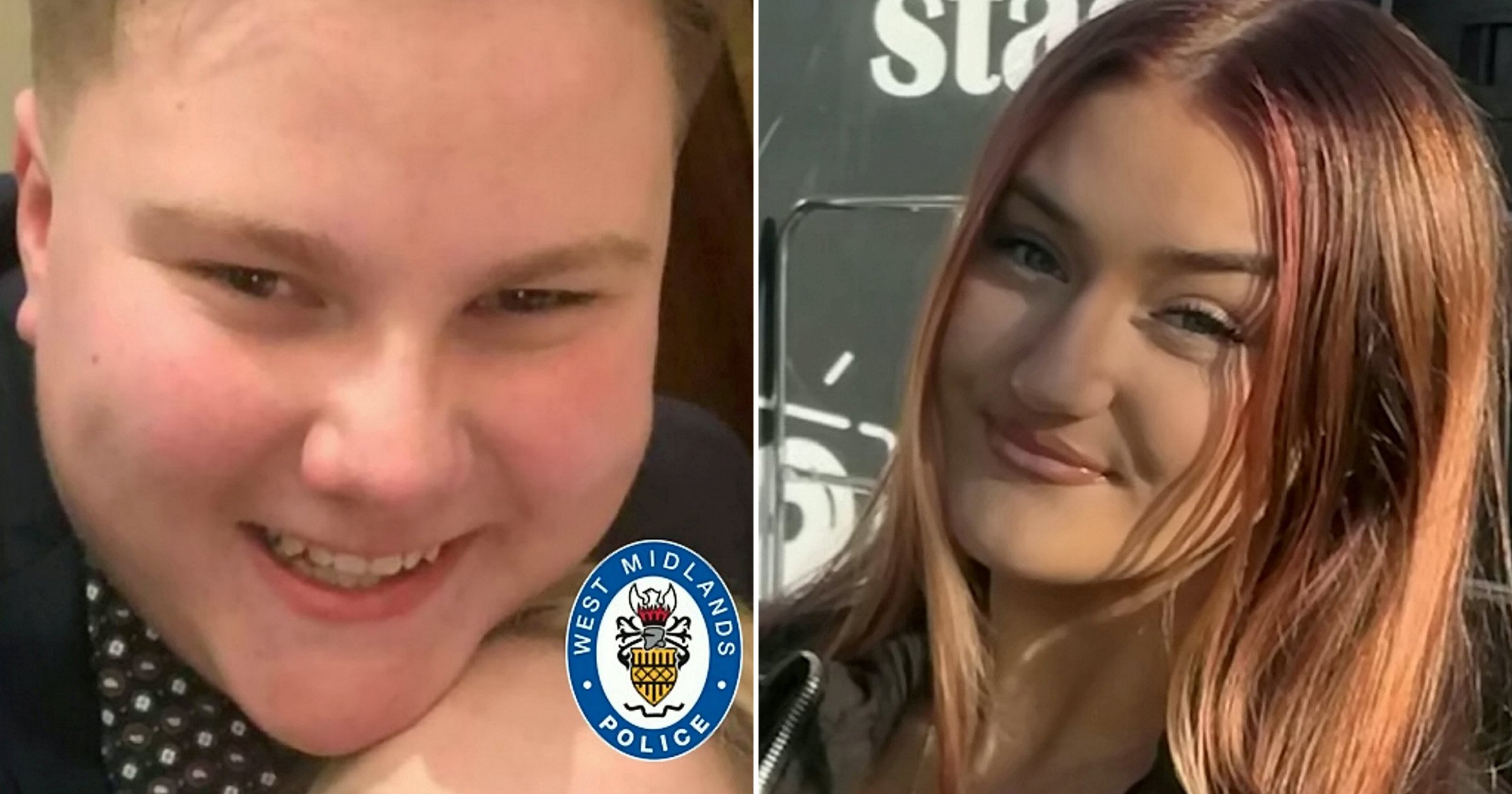 Two teenagers killed in a suspected car cruising event have been named by their heartbroken families.

Liberty Charris, 16, and Ben Corfield, 19, died when a blue Nissan Skyline collided with a group of people on the A457 Oldbury Road, in the West Midlands.

It is believed the crowd had gathered to watch a car meet which had been organised on Snapchat.

It reads: ‘So loved by her family and friends, they were all so proud of the gorgeous young lady you were becoming.

‘With your heart of gold, bright blue eyes and beaming smile, your aim in life was to make everyone happy, with your funny accents and loud laugh.

‘From the moment you were born we were all so in love with you, you loved life and had an amazing future ahead of you.

‘Our hearts are shattered into pieces. Shine bright up there our beautiful girl.’

Ben’s family have also released a statement, saying: ‘What can we say other than Ben was the light of our lives.

‘He was a larger-than-life character with a huge heart that was made of gold.

‘Nothing will ever heal the massive hole in our lives – our hearts are broken forever.

‘We waited so long for Ben to come along and complete our family, and we feel privileged to have had him as our son and brother for the last 19 years.

‘Ben, we love you so very much, always and forever. Rest in eternal peace, our boy!’

Paramedics rushed to the scene after the crash, but the pair was pronounced dead at the scene.

A man and woman, aged in their 20s, were injured and taken to hospital where they remain in a stable condition today.

A 54-year-old was arrested on suspicion of causing death by dangerous driving and has since been released on police bail while enquiries continue.

One local said: ‘The road is a magnet for car cruising because it’s a very long, mostly straight road and they really get some speed up.

‘It’s an absolute tragedy to find out what’s happened. I think the police, as stretched as they are, really need to try and do more to clamp down on it before more people are killed.’

Detective sergeant Paul Hughes said his force is focused on ‘establishing the full circumstances of the incident’ as they know ‘there were a lot of people gathered in the area at the time’.

Anyone with any information or dashcam footage should get in touch.