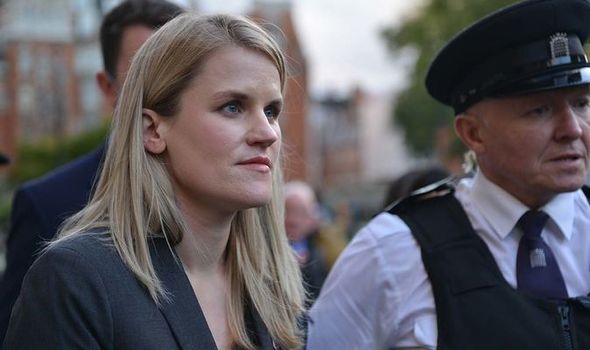 Frances Haugen, a former employee of the tech giant, told MPs and peers that research by Facebook, which owns Instagram, suggested it was dangerous for young people.

She said the firm has the ability to make a “huge dent” in the problem if they wanted but they don’t because “young users are the future of the platform, and the earlier they get them the more likely they’ll get them hooked”.

She added: “When I was in high school, it didn’t matter if your experience in high school was horrible. Most kids had good homes to go home to and they could at the end of the day disconnect, they would get a break for 16 hours.

“Facebook’s own research says now the bullying follows children home, it goes into their bedrooms.

“The last thing they see at night is someone being cruel to them.

“The first thing they see in the morning is a hateful statement.”

She claimed that the research found that Instagram was more dangerous than other social media such as TikTok and Snapchat, because it is focused on “social comparison about bodies, about people’s lifestyles”.

She also cast doubt on whether Instagram could ever be made safe for children. Users must be at least 13 although it is easy for them to lie about their age. Facebook was developing an Instagram Kids specifically for children but the idea was put on hold earlier this year.

Ms Haugen said: “They say things like, ‘We need Instagram Kids because kids are going to lie about their age, and so we might as well have a safe thing for them.’

“Facebook should have to publish what they do to detect 13-yearolds on the platform because I guarantee what they’re doing today is not enough. Facebook can guess how old you are with a great deal of precision.”