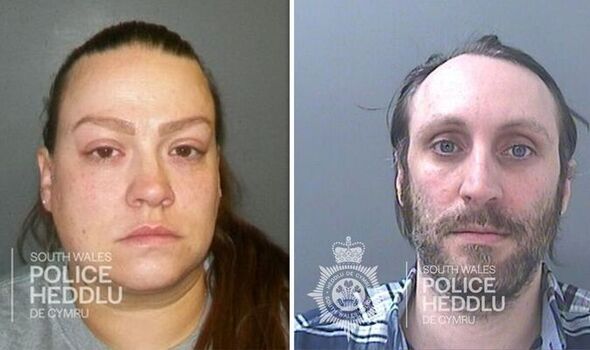 A monster couple raped and sexually abused a young girl despite her crying and protestations.

David and Kim Crapper convinced the youngster their treatment of her was “normal” and repeatedly took advantage of her. A court heard the couple, from Barry, south Wales, reached levels of “depravity” in their abuse of the child.

The offences came to light when the victim told a friend about the husband and wife’s behaviour and they were arrested by police.

The abuse went on for years, a court heard on Friday.

But David Crapper, 38, was sentenced to 17 years imprisonment, with an extended four years on licence.

Kim Crapper, aged 39, was sentenced to six years imprisonment, with an extended licence of three years. Both will serve two thirds of their sentence before being considered for parole. The defendants were made subject to sex offender notification requirements and a sexual harm prevention order indefinitely.

The abuse began when the girl was very young, reports Wales Online.

In her interview to police, the victim said when she told David Crapper “no” he became angry and accused her of “leading him on” and told her he could be put in prison. He told her to sit on his lap, that he “got hard” while cuddling her and she saw him touching himself. He later touched her and made her touch him, and showed her pornography.

The victim said: “I was confused by what he was saying and felt disgusted.” The abuse escalated to David Crapper raping the victim and this happened repeatedly. David Crapper later told his wife about the abuse, and “wanted to join in too.”

Kim Crapper started to sexually abuse the victim by touching her, was present when David Crapper raped the victim and had sex with her husband in front of the victim.

The Crappers were arrested by police after the victim reported the couple. David Crapper admitted raping and sexually abusing the victim. Kim Crapper also admitted abusing the victim. The defendants pleaded guilty to sexual assault of a child under 13, sexual assault, cause/incite a child to engage in sexual activity, and engaging in sexual activity in the presence of a child. David Crapper also pleaded guilty to rape and causing a child to watch a sexual act.

Susan Ferrier, for David Crapper, said there was “little” to say in mitigation for her client.

She said he had admitted the offences and had prevented the victim from having to give evidence. She said Crapper had “fallen into distorted thinking patterns” and would have found it difficult to “call time” on the abuse had the victim not contacted the police.

Ruth Smith, for Kim Crapper, said her client was in a “controlling, toxic and abusive relationship” and felt “powerless and helpless”. She said Crapper was manipulated by her husband who “drew her” into committing the abuse. She conceded that the victim would “never get over” the actions of the defendants.