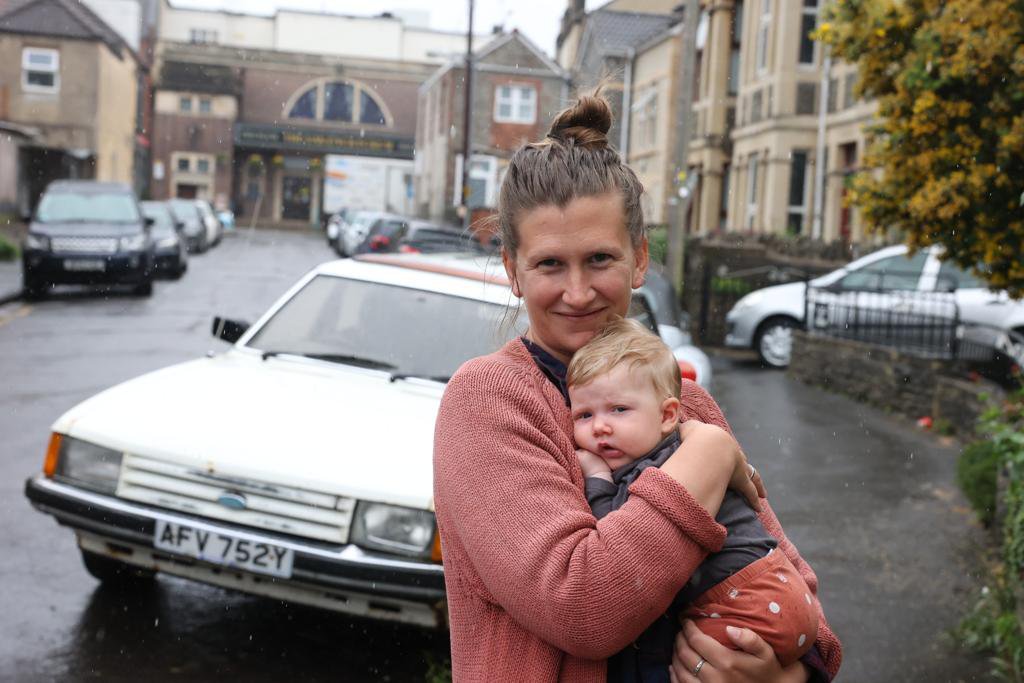 Residents of a quiet Bristol street are living a parking nightmare after new lines were resprayed apparently without telling them.

Tabitha Read, 33, said she was shocked to leave her house on Saturday and find ‘every single car’ on her road had been issued with a fine.

Tabitha, who lives on Hinton Road, a small residential cul-de-sac just off Fishponds Road, said: ‘For some ridiculous reason, we have very restrictive parking rules on our road that mean the majority of the street is only two-hour parking with no return within four hours.

‘For a street where most of the houses are flats or shared houses this does not meet the needs of the residents who need to park outside their house.

‘For the whole time I have lived here this rule hasn’t been enforced and so residents use the whole street for parking.’

She said it was ‘cruel’ of Bristol City Council to respray the markings on a Saturday when cars will be parked on the street, adding the situation has caused her a ‘lot of stress’.

Tabitha, mum to three-month-old Lyla, said: ‘Last week the white boxes were resprayed and when we left our house on Saturday every single car on the street had a parking ticket. The council must have made £500 with this move.

‘To do it on a Saturday when people wouldn’t be going to work makes it seem even crueller.’

She added she previously received a parking ticket after getting home from work late one day, and decided to dispute it – claiming the road signs and markings aren’t clear enough.

Tabitha said she doesn’t understand why the rules are being enforced ‘so sporadically’, and thinks the strict parking rules are ‘ridiculous’ as the street is mostly residential with no shops or motorways.

She called the situation a ‘massive headache’, especially with a young baby.

‘This parking is causing me so much stress,’ she added, ‘I have got a very new baby so can’t be looking for parking on other streets.

‘I’m also on maternity pay now so this fine has really but a huge strain on my already tight household budget.

‘I have written to my MP and local councillors because I really feel we should have residents parking on this street.’

A Bristol City Council spokesperson said: ‘We recognise concerns raised by residents at these fines and have reviewed the situation to ensure they were issued correctly.

‘The limited waiting parking restrictions on Hilton Road have been in place since 2015 and cover Monday to Saturday 7am to 6.30pm. No new restrictions have been introduced and the line painting carried out recently was to ensure the marked bays are visible.’