Gareth Southgate has come out to defend his players after they were booed before two pre-Euro 2020 friendly games for taking the knee in support of racial equality. Following the 1-0 win over Austria last week, the England manager said: “We feel more than ever that we are determined to take the knee throughout this tournament. “We accept that there might be an adverse reaction but we’re going to ignore that and move forward.

“I think those people should put themselves in the shoes of those young players and how they must feel.

“If that was their children – if they’re old enough to have children – how would they feel about their kids being in that situation?

“The most important thing for our players is for them to know we are totally united on it.”

Following these comments, there were more boos before Sunday’s game against Romania. 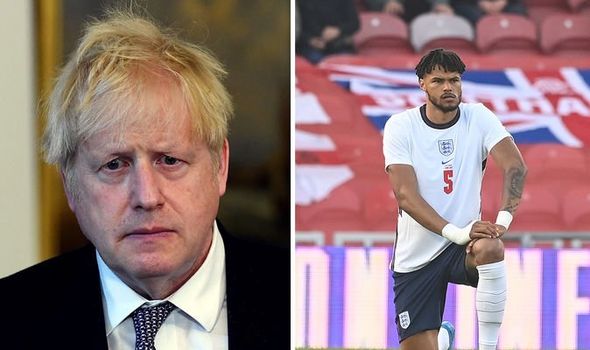 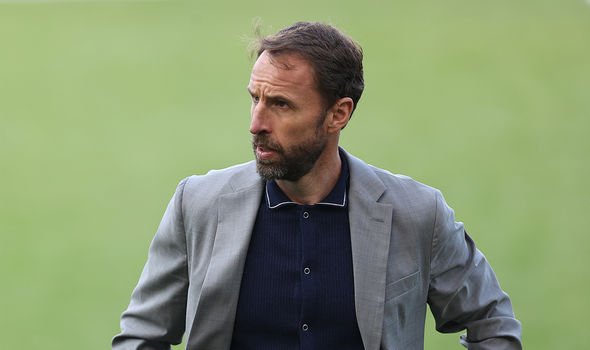 Prime Minister Boris Johnson said last week he “fully respects” the England squad for taking the knee, but did not condemn the fans who have booed previously.

Mr Johnson reiterated that all individuals are free to express their opinion before encouraging fans to unite in their support of the national team.

The refusal to condemn the booing has provoked a furious response from Lord Peter Hain, a Labour peer, who tells Express.co.uk the Government is “siding with racist chants”.

He said: “I applaud them (the England players) and condemn Oliver Dowden’s crass intervention when it’s none of business. He and Boris Johnson should not be siding with racist chants.” 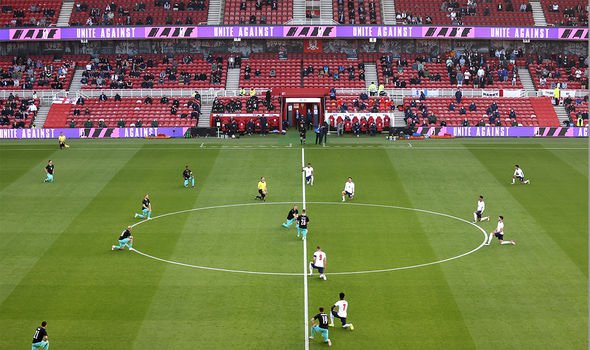 Mr Robinson has been suspended by the ECB pending an investigation into historical racist and sexist tweets posted in 2012 and 2013, which came to light as he made his England Test debut against New Zealand last week.

“They are also a decade old and written by a teenager. The teenager is now a man and has rightly apologised. The ECB has gone over the top by suspending him and should think again.” 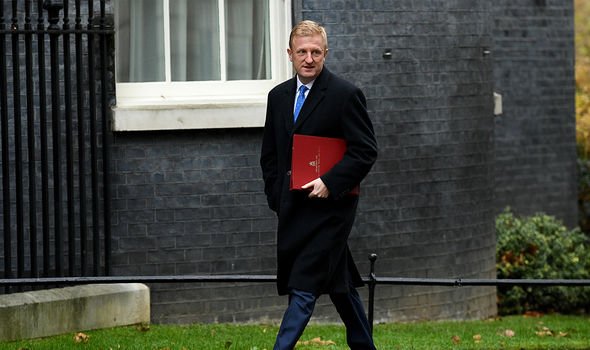 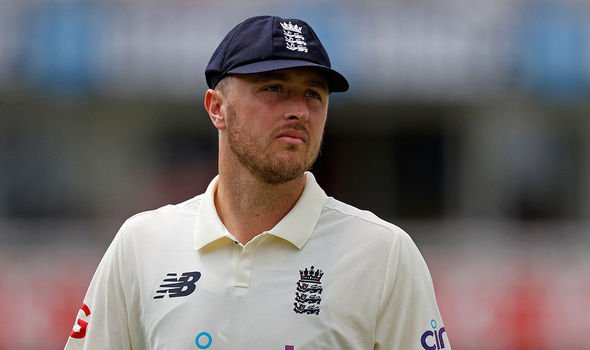 Prime Minister Johnson supported these comments, with his spokesman saying: “The PM is supportive of Oliver Dowden’s comments. As Dowden set out, these were comments made more than a decade ago written by someone as a teenager and for which they’ve rightly apologised.”

Lord Hain tells Express.co.uk that this stance is a “terrible advertisement for Government policy.”

He added: “Tolerating racism, unlike England’s cricket leaders who have shown zero tolerance, is a terrible advertisement for Government policy.”

He said: “I think it is very unwelcome. He is trying to bear undue influence in this case.

“If I was Ollie Robinson I’m not sure I’d want Boris Johnson involved and trying to support me.”

Mr Ramprakash, added the England dressing room would have been a “pretty toxic place” if Jofra Archer or Moeen Ali had been part of the same team as Mr Robinson at Lord’s.