US President Joe Biden will travel to Cornwall this week for the G7 summit, which takes place between June 11 and 13. The EU is said to be hoping his arrival will help them gang up on Mr Johnson over post-Brexit arrangements in Northern Ireland. It comes amid growing frustration in Brussels with several leaders accusing Mr Johnson of “taking them for fools”.

Mr Biden’s arrival in Britain will come just hours after EU and UK officials meet in London and senior figures within the bloc believe his presence could break the deadlock.

An EU diplomat told the Financial Times: “Biden could be instrumental in helping to put the process back on track.

“There’s no mystery around the fact that Biden wants this solved.”

A spokesperson for the White House’s National Security Council said the Biden administration was now looking for the UK and the EU “to prioritise political and economic stability in Northern Ireland”. 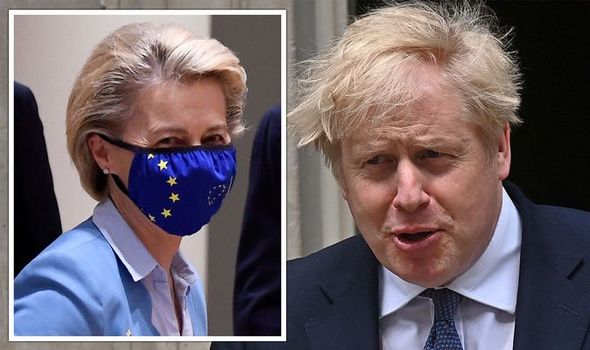 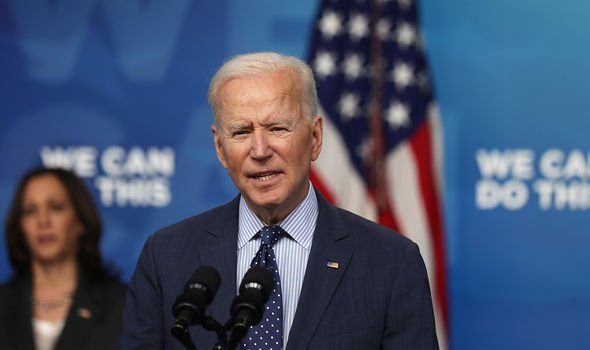 They added: “We remain steadfast supporters of a secure and prosperous Northern Ireland in which all communities have a voice and enjoy the gains of the hard-won peace.”

EU insiders claim Mr Sefcovic is furious that the UK has not yet started building infrastructure for physical checks on goods entering Northern Ireland.

But the trade deal signed between the UK and EU on December 31 states either side can impose retaliatory tariffs on the other’s exports for breaching the agreement. 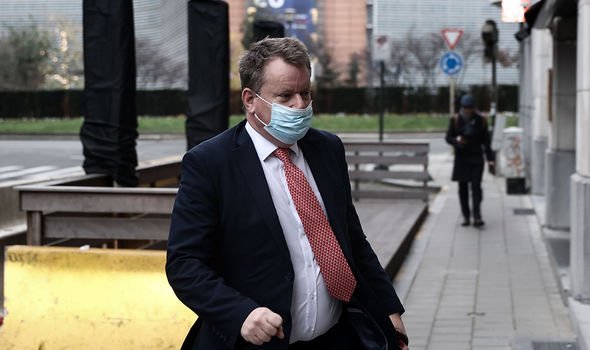 And the EU is understood to be ready to slap Britain with tough new sanctions if the situation is not cleared up this week.

Joao Vale de Almeida, the EU’s ambassador to the UK, refused to deny the plans.

He told Times Radio: “We are ready for worst-case scenarios. There are means ready under the agreement we signed to address those issues. I hope we won’t get there, but we are ready.”

The Portuguese diplomat also appeared to blame Lord Frost for creating a “toxic” atmosphere around the talks.

He warned that the alternative to progress was “unrest in Northern Ireland and putting at risk the integrity of the single market”.

Senior Brussels diplomats have claimed that Lord Frost has “completely failed to engage” with the European Commission on implementing the agreement. 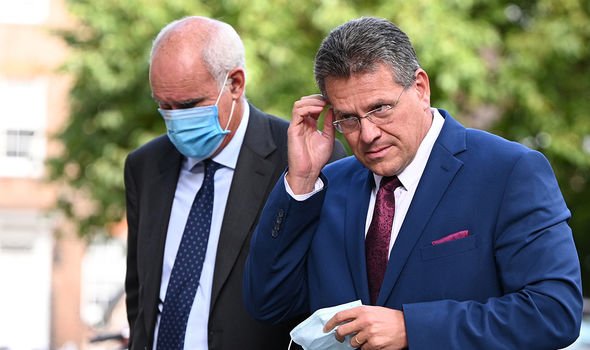 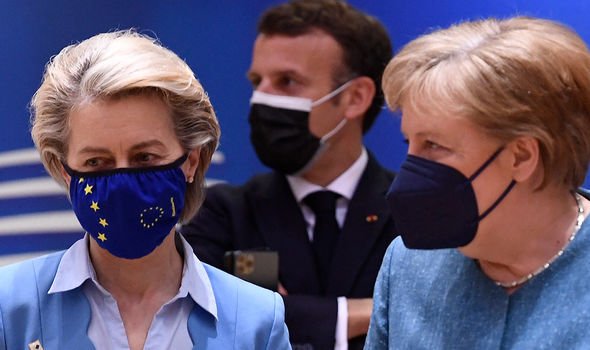 Mr Almeida also hinted at a showdown at the summit this week.

He added: “The G7 will bring together a number of European leaders.

“There are nine leaders around the table and five of them come from the EU, with Boris hosting. It is a rare moment of intimacy.”

A senior Number 10 source hit back at EU threats last week and said Lord Frost had put forward more than a dozen papers with solutions to the problems.

They claimed he had received no written response from the EU.

They added: “Throughout these talks, the EU has prioritised the protection of the single market above all else, even though there is very little risk to it.

“The EU has a responsibility to work with us to find solutions to address the issues we are facing and ensure the protocol can operate in a pragmatic and proportionate way.”