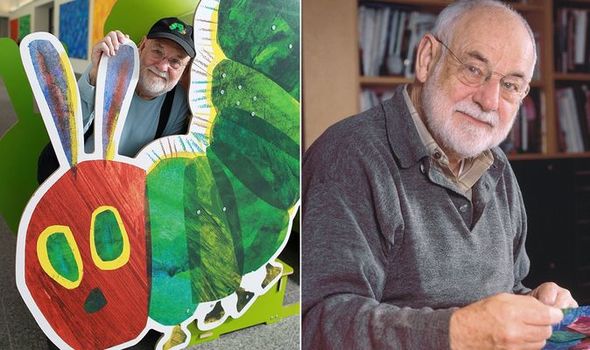 His death from kidney failure on May 23, was announced on his website yesterday. He was also the author of many other children’s classics such as Brown Bear, Brown Bear, What Do You See, and The Grouchy Ladybug and The Very Busy Spider. A quote in Carle’s memory on his website read: “In the light of the moon, holding on to a good star, a painter of rainbows is now travelling across the night sky.”

He had been involved in producing more than 70 children’s books, most of which featured animals and insects. His love of nature came from his father.

Carle said in 1994: “When I was a small child he would take me by the hand and we would go out in nature.

“He would show me worms and bugs and bees and ants and explain their lives to me. It was a very loving relationship.”

Carle was born in New York to German parents. But the homesick family moved back to Stuttgart just before the Second World War.

His father was conscripted into the German army and ended up as a Russian prisoner of war, while Carle at age 15 had to dig trenches along the Siegfried line. 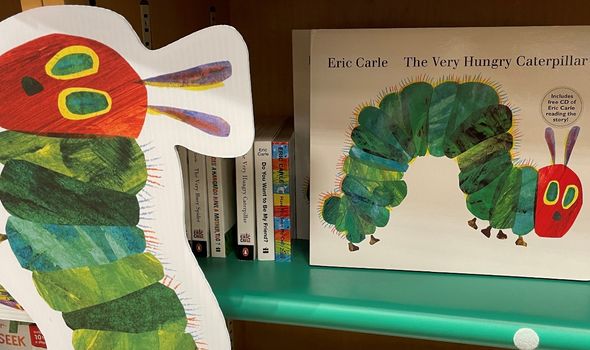 After graduating from a leading German art school, he returned to the US in 1952, working as a graphic designer for the New York Times. One day he was playing with a hole punch and came up with A Week With Willi Worm.

It became The Very Hungry Caterpillar in 1969 and went on to sell more than 50 million copies.

Yesterday tributes flooded in for the award-winning author. Rock star Flea, of the Red Hot Chili Peppers, wrote: “Oh man, I love Eric Carle. Cannot count the times my children and I cuddled up, completely enraptured in the glory of his books. He was a gift to humanity.”

Bestselling author Jarret J Krosoczka wrote: “To have spent some time with Eric Carle was the closest thing one could get to hanging out with the actual Santa Claus.”

Francesca Dow, of Penguin Random House, said: “His genius was the mix of simplicity and sophistication. He was an artist, a lover of nature and a champion of hope.” Carle leaves a son and daughter.