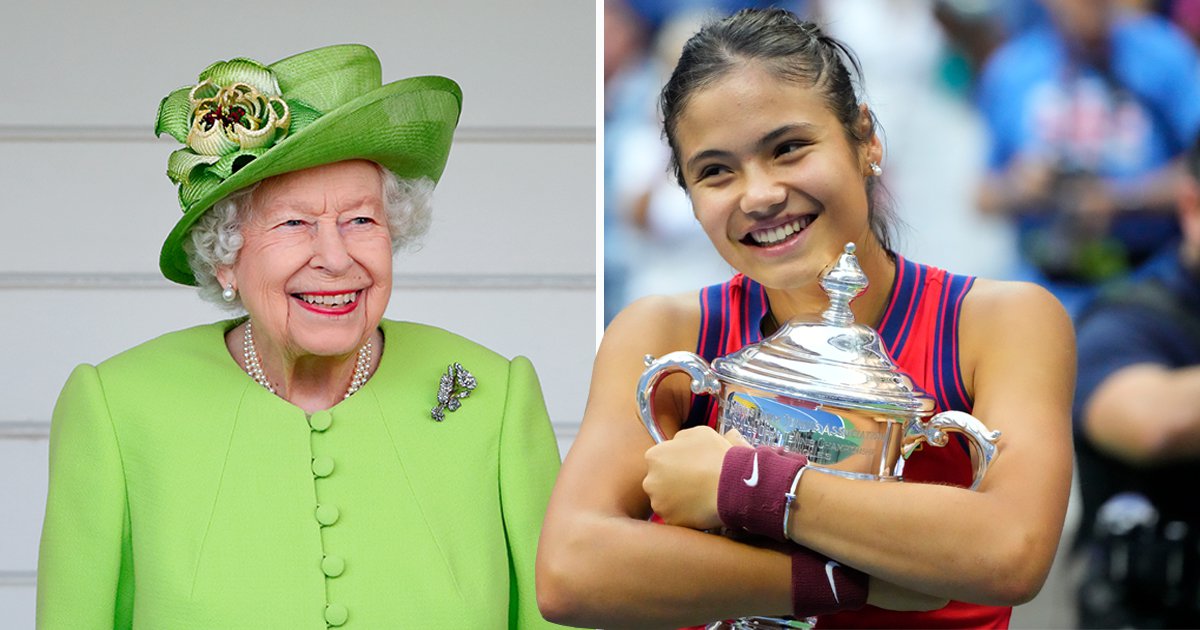 Emma Raducanu could be awarded a CBE from Her Majesty after ending the UK’s 44-year wait for a women’s Grand Slam singles champion, reports claim.

The tennis star, 18, is believed to be certain to receive an MBE after her stunning US Open triumph.

A source told The Telegraph officials are likely to debate making her a rare teenage recipient of an OBE.

But the Daily Mail claims the teenager could even be given a CBE – the highest ranking Order of the British Empire award, excluding a knighthood or damehood.

Raducanu would be one of the youngest CBE recipients ever, with the honour reflecting her historic achievement at such a young age.

A royal source said: ‘It would seem Miss Raducanu would be deserving of at least an OBE, if not a CBE.’

Britain went wild on Saturday as the youngster won against Leylah Fernandez, becoming the first British woman to win a Grand Slam since Virginia Wade at Wimbledon in 1977.

Betfair has slashed odds on Raducanu being crowned BBC Sports Personality of the Year to just 1/12 as she rises to rank world number 23.

The teen – who recently finished her A Levels – had no idea she had soared 322 places in the rankings over the course of nine months until she was told yesterday.

In an interview with Amazon Prime Video, she laughed and said ‘Wow! I didn’t know that! That’s insane!’

Rumours of a New Year’s Honour come after the athlete got a message from the Queen congratulating her on her win.

The Monarch’s letter read: ‘It is a remarkable achievement at such a young age, and is a testament to your hard work and dedication.

‘I have no doubt your outstanding performance, and that of your opponent Leylah Fernandez, will inspire the next generation of tennis players.

‘I send my warmest good wishes to you and your many supporters.’

Raducanu told the BBC ’it meant everything to get a message from Her Majesty’.

She said: ‘She’s such a great inspiration and role model for the whole country so to have a note from her.

‘I was extremely honoured and very very grateful that she took notice of my tennis. I can’t believe it. I’m maybe going to frame that letter or something.’