Eight dead after plane crashes into homes in Colombia 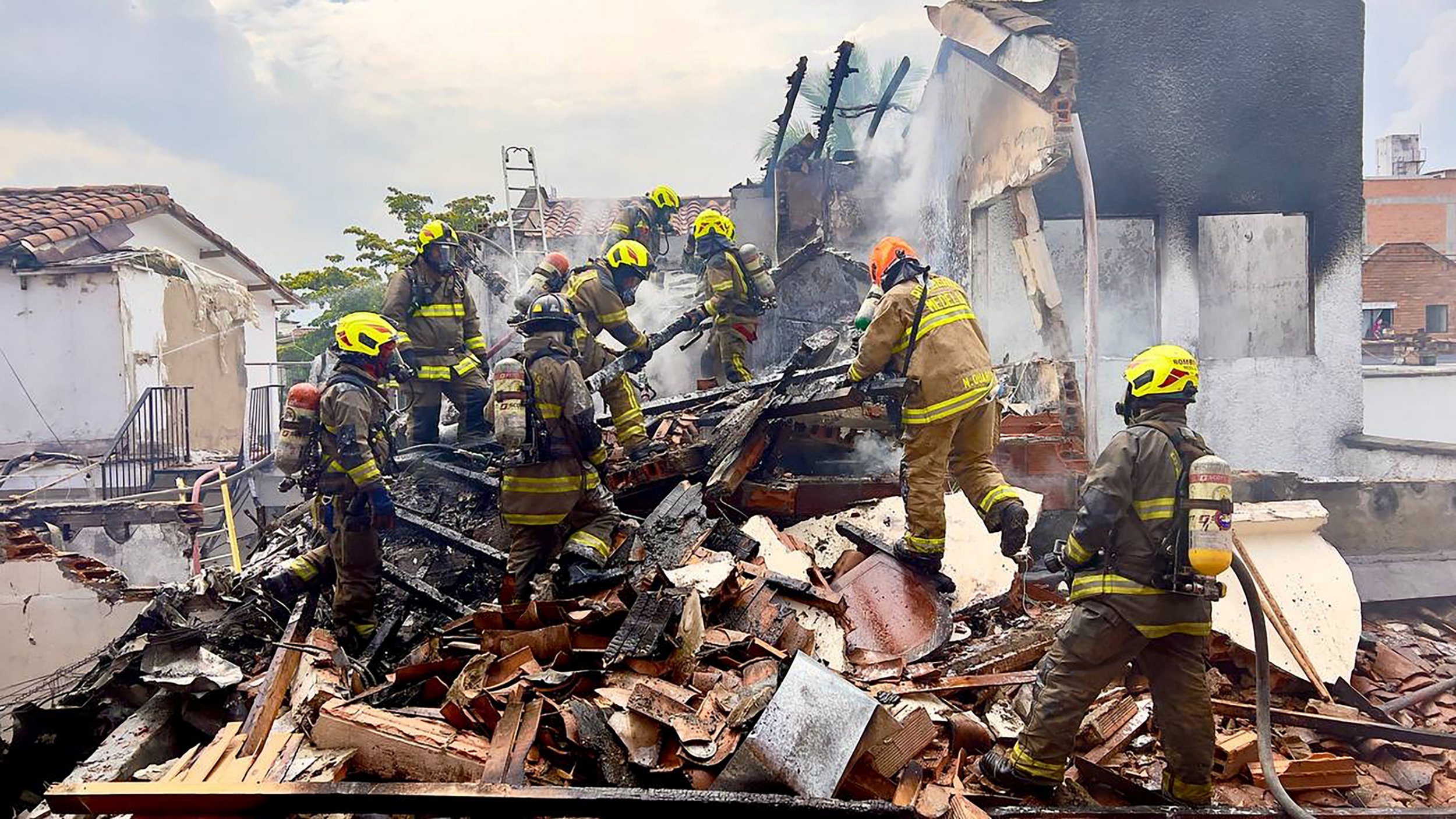 An airplane has crashed in a residential neighbourhood in Colombia after ‘an engine failure’.

Authorities confirmed at least eight people have died in the incident in the central city of Medellín, the second largest in the South American country.

Six passengers and the two pilots perished in the wreck this morning, but it wasn’t immediately clear if more people were on board.

Firefighters and emergency services rushed to the scene in the neighbourhood of Belén Rosales.

It is still unclear of any of the residents of the building were also injured.

According to aviation officials, the aircraft crashed shortly after taking off from the Olaya Herrera Airport in Medellín.

The exact cause of the crash has not yet been determined.

Mayor Daniel Quintero said in a statement the plane had experienced ‘an engine failure’ during takeoff.

‘Unfortunately, the pilot was not able to keep the plane aloft and it crashed in this neighbourhood,’ he added.

The aircraft, a twin-engine Piper PA-31, was traveling to the western department of Chocó.