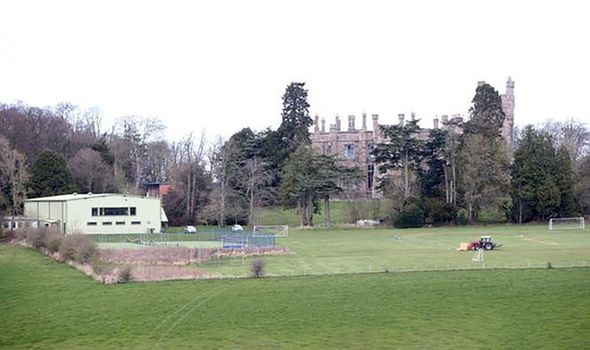 Richard Glenn, 55, was forced to fly back to Britain early after what was billed as an “educational” trip descended into scandal. He got so drunk one night he threatened some pupils – telling one: “I’m going to kick your f***** head in.”

He’s now been sacked from his role as Head of Sixth Form at Longridge Towers School, a posh boarding school in Berwick-upon-Tweed, Northumberland, and banned from every classroom in the UK.

A Teaching Regulation Agency panel heard Mr Glenn took nine pupils – some of whom were under 18 – to Elite D’Pelufo. It is billed online as “the number one gentleman’s club in Costa Rica”, during the trip in July 2019.

He had been drinking beer and rum with them and became so intoxicated he couldn’t remember what unfolded upon returning to his accommodation, Chronicle Live reports.

But the computer science teacher did not dispute the trip’s female leader, who claimed he’d “exposed his naked body” to her inside their shared hotel room.

Mr Glenn was back on the booze a few days later on the trip – and threatened pupils with violence as a result. 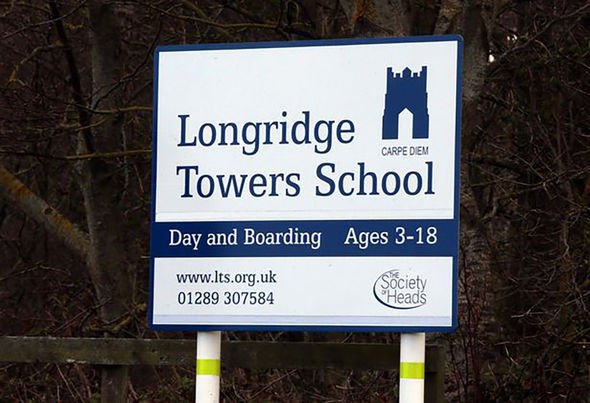 Mr Glenn admits that he bought alcohol, including beer and Costa Rican rum, which he shared with pupils including pupils under the age of 18

Luke Berry, on behalf of the Teaching Regulation Agency

The meeting heard Mr Glenn also threatened to “f***** kill” another youngster, insisting “I’m not in trouble, you will be in trouble.”

However, after “being aggressive towards” another male pupil who he grabbed, Mr Glenn showed a softer side – by kissing the teenager’s forehead and telling him “you’re alright”.

“At least you are the other one who is worth it,” he added.

Luke Berry, on behalf of the Teaching Regulation Agency, told the meeting: “Mr Glenn admits that he bought alcohol, including beer and Costa Rican rum, which he shared with pupils including pupils under the age of 18.

“Mr Glenn further admits that later in the evening…he took a number of students for further drinks at a bar. Two older students walked into a club, later identified to be a strip club, followed by Mr Glenn and the remainder of the students.

“When challenged by the doorman over the age of the students, Mr Glenn asked for the whole group to be let in.

“Mr Glenn and the students continued to drink until approximately 1.30am. It is agreed that there is no malice or sexual intent by taking the students into the strip club.

“However Mr Glenn admits it is inappropriate and unprofessional for him to be drinking with students, and failing to control the situation.”

The trip started on July 5, with the strip club visit occurring on July 6. However he was sent home on July 10 “due to his behaviour”.

Mr Berry agreed that the exposure was “not malicious, nor sexually motivated”. Mr Glenn had claimed that it could be explained by the fact “he often sleeps naked at home”.

A Northumbria Police spokesperson confirmed that they could find no record of any criminal proceedings following his actions on the trip.

Mr Glenn had worked with an unblemished record for 12 years at the prestigious school.

Appearing at the meeting via a video link, Mr Glenn admitted the allegations, making “full and frank admissions” as he apologised for his behaviour on the trip.

“I recognise that I caused upset and anguish to many people,” said Mr Glenn, who claimed he had been “mentally unwell” at the time of the trip.

“My family have also suffered as a result of my poor judgement, both financially, psychologically, emotionally.”

He’s since landed a job outside of education, and was focused on keeping clear of alcohol – with the hope of one day returning to the classroom.

And should he be slowed to once again teach he added that he “wouldn’t be jumping” at the chance to lead school trips again.

In a statement to the panel, the school’s headteacher admitted Mr Glenn had previously been an “excellent teacher” who had a strong rapport with the sixth form pupils.

However Mr Berry said that his behaviour had “”fell significantly short” of that expected by a teacher.

And the panel ruled that he had been guilty of professional misconduct, as well as bringing the profession into disrepute.

Mr Berry added: “Mr Glenn admits that his conduct placed the pupils in his care at an increased risk of harm, both due to his intoxication and his committing pupils to drink.”

The veteran teacher has now been served with an indefinite prohibition order, which he may be able to appeal in three years time.