Donald Trump said he would pay £100,000 not to hear Theresa May talk, Piers Morgan claims

Donald Trump said he would pay £100,000 not to hear Theresa May talk, Piers Morgan has claimed.

The former Good Morning Britain presenter, writing in The Spectator, said he told the former US president that Mrs May gets paid more than £100,000 for speeches.

“He exploded into mocking laughter and spluttered: ‘Are you kidding me? I’d pay £100,000 not to hear her talk!” Morgan said about Mr Trump. 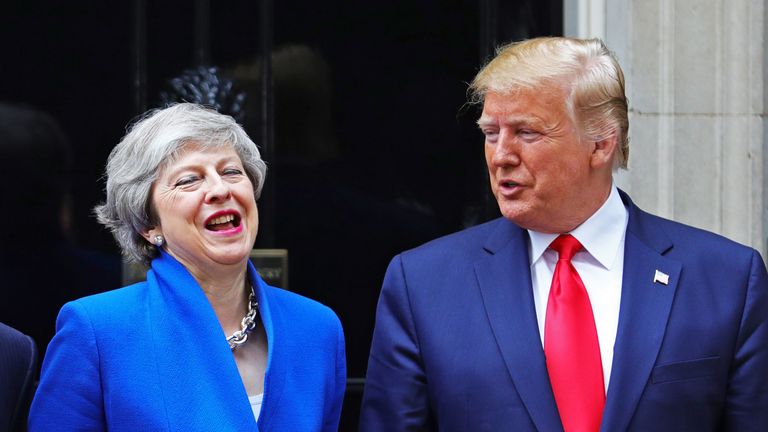 Morgan went on: “Is it just me who was bemused to hear that Theresa May has raked in more than £1 million on the corporate lecture circuit since leaving No 10?

“I once had a 20 minute chat with her at a Spectator party which was so enthralling that by the time I got home, I couldn’t remember anything she’d told me.”

Mr Trump and Mrs May’s relationship as world leaders came into focus several times during both of their tenures, ranging from the pair holding hands to the American leaving her off the list of world leaders he rated relations with as 10 out of 10.

Shortly after Mr Trump’s inauguration, Mr Trump was photographed holding Mrs May’s hand as they walked through the White House colonnades – which took her “by surprise”, her former joint chief of staff said.

Earlier this year, Mrs May revealed that she “never knew what to expect” from Mr Trump.

“With Donald Trump, I never knew what to expect – from being offered, sometimes literally, the hand of friendship to hearing him question core tenets of the transatlantic alliance,” she wrote in the Daily Mail. 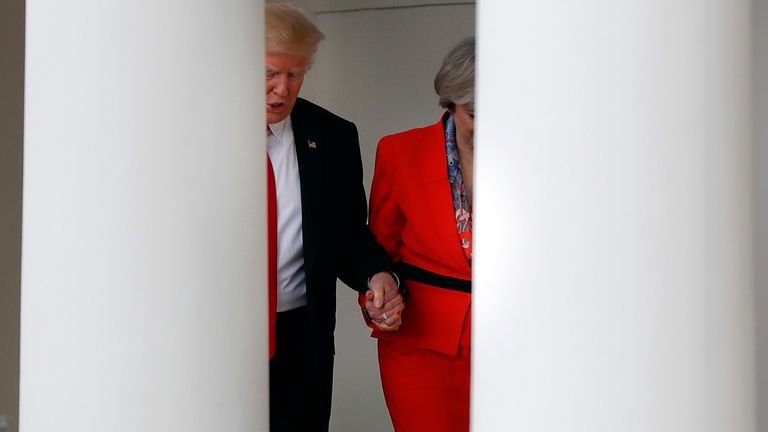 “When a British prime minister walks out for a joint press conference with the world’s media unsure if the United States president standing next to her will agree that NATO is a bulwark of our collective defence, you know you are living in extraordinary times.”

A US report based on conversations with top officials, claimed last year the former president attacked Mrs May as weak and called her “a fool” in her approach to Brexit, NATO and immigration during phone calls between 2016 and 2019.

“He’d get agitated about something with Theresa May, then he’d get nasty with her on the phone call,” one source told CNN last June.

Mrs May reportedly became “flustered and nervous” during her conversations with the US president.

“He clearly intimidated her and meant to,” one of the sources said.