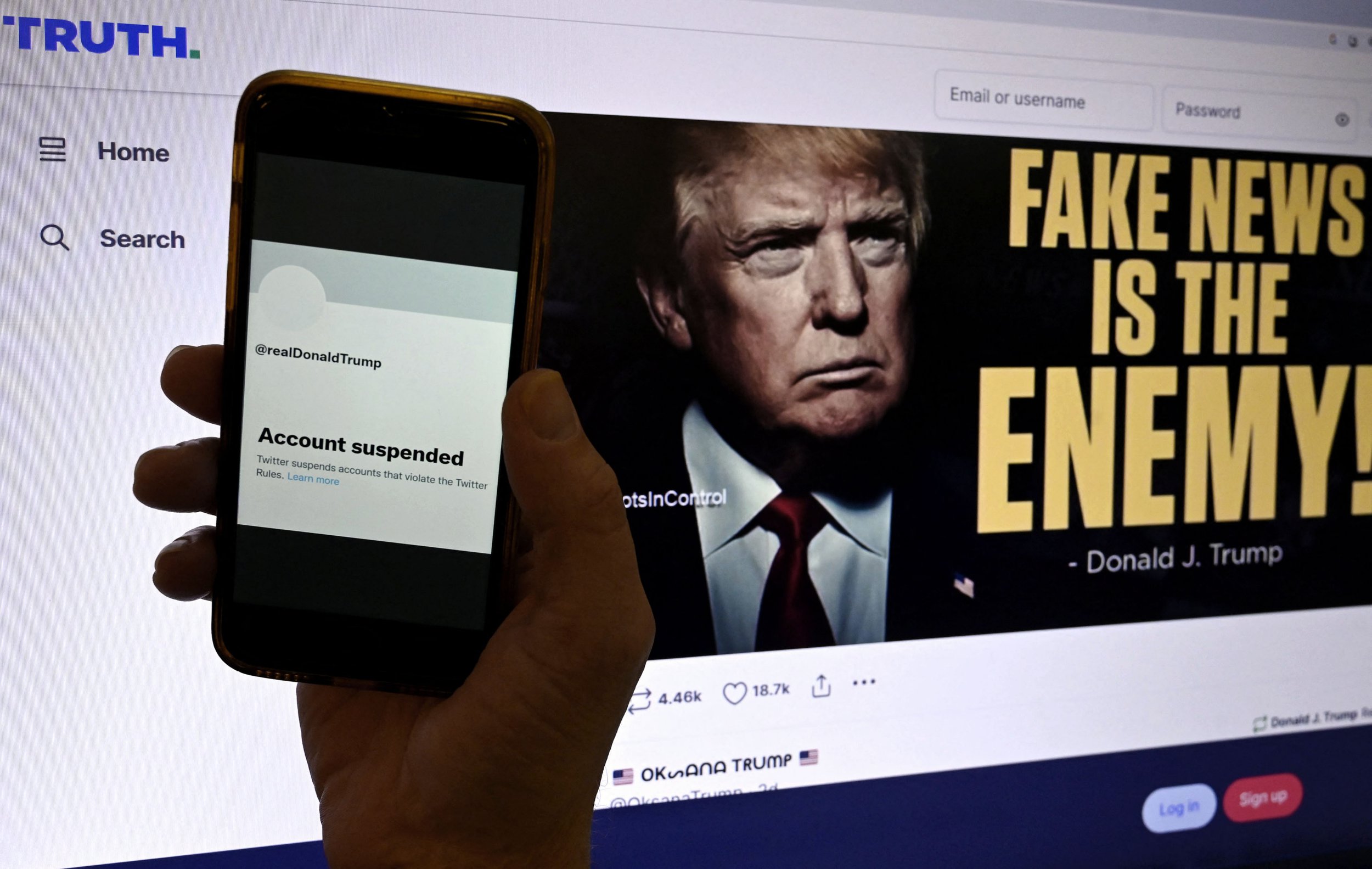 Donald Trump could be set for a Twitter comeback after Elon Musk set up a poll to decide the matter.

The billionaire, who recently took over the platform, posted a yes/no vote on his own account asking whether the former president should be reinstated.

He was banned from the site in the wake of a violent insurrection at Capitol Hill following his defeat in the general election.

At time of writing and with four hours left to go, 52% had voted in favour of letting the ex-president have his account back.

More than 13 million have cast a vote so far.

Prior to his chaotic buyout of Twitter on October 27, Musk said in May that he would reverse the platform’s ‘foolish’ ban on Mr Trump if he ever took charge of the company.

‘Permanent bans should be extremely rare and really reserved for accounts that are bots or spam, scam accounts. I do think it was not correct to ban Donald Trump,’ he said.

Out of an estimated 3,700 employees it is believed just 280 opted to remain at the company, leaving entire departments unstaffed and the site’s critical infrastructure prone to collapse at a moment’s notice.

Such was the scale of the exodus that Twitter was forced to close its offices until Monday as it became impossible to verify who still worked for the company.

With so much of Twitter’s workforce now gone, there is speculation that the site will crash during the World Cup, one of the site’s busiest traffic events.

In his first email to Twitter employees this month, Musk warned that Twitter may not be able to ‘survive the upcoming economic downturn.’

He also said, ‘We are also changing Twitter policy such that remote work is no longer allowed, unless you have a specific exception.’

Advertisers have deserted the site following Musk’s $44 billion takeover, with an anonymous source claiming the company was planning to shut down one of Twitter’s three main data centres to save costs.

This prompted calls for a possible national security review of Musk’s deal by the US government, who said they were ‘tracking recent developments at Twitter with deep concern’.

On Thursday, seven Democrats sent a letter to FTC Chair Lina Khan, accusing Twitter of ‘serious, willful disregard for the safety and security of its users’ and alleged Musk had ‘taken alarming steps that have undermined the integrity and safety of the platform,’ since his takeover.

When asked to comment on the situation, US president Joe Biden said Mr Musk’s relationships with other countries were ‘worthy of being looked at’ after it was revealed representatives from the Saudi Royal Family had invested heavily in the deal.