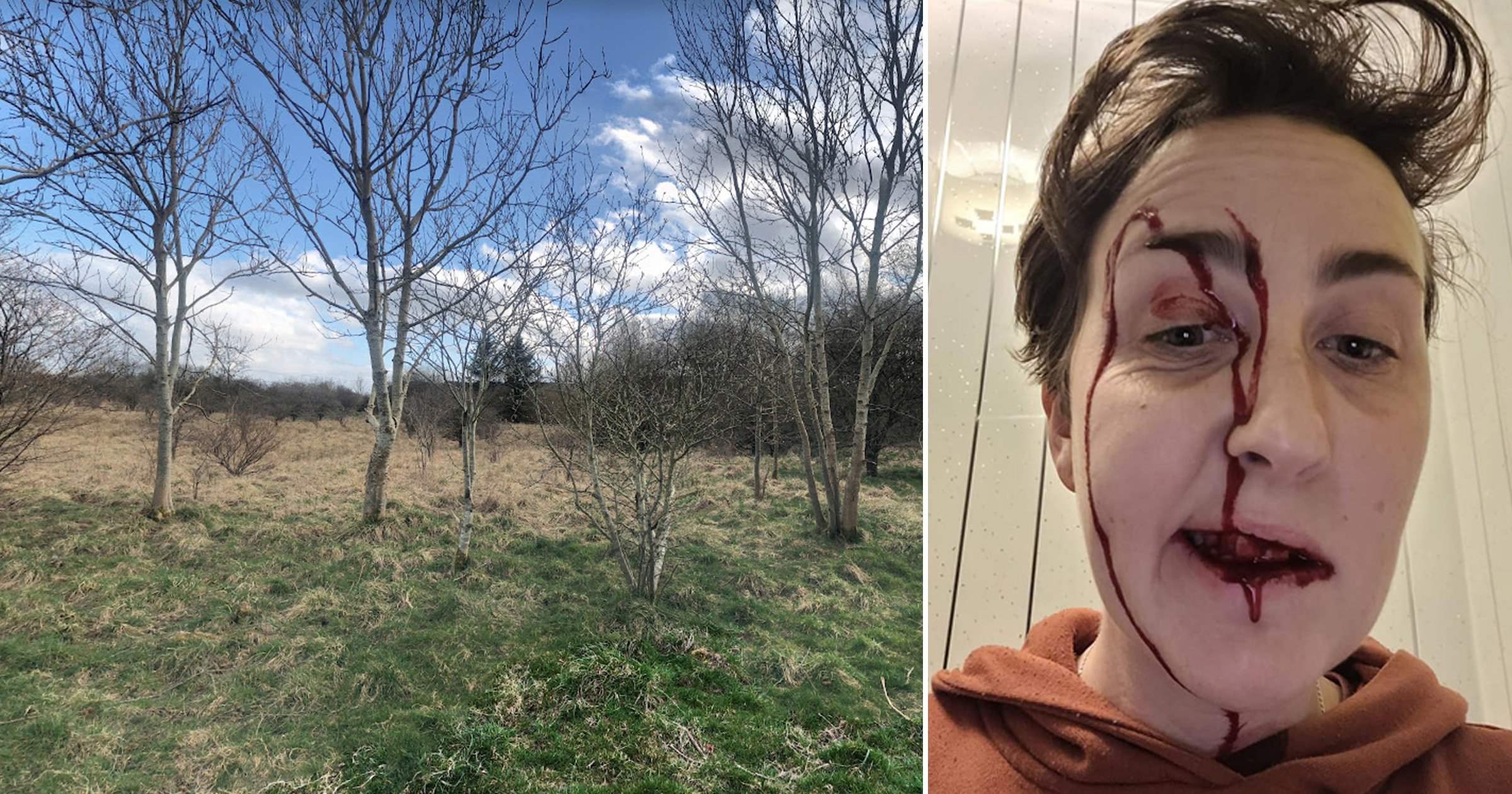 A dog walker was left with blood streaming down her face after thieves attacked her in a park and tried to steal her miniature dachshund.

Gayle Smillie, 34, was walking her four dogs in Greenhead Moss Nature Reserve, Wishaw, North Lanarkshire, when a man and a woman set upon her.

She was belted several times with a strap as the pair tried to grab one of her dogs, named Tilly.

‘I was walking up with my four dogs when I saw a man and a woman; they were just standing talking,’ said Gayle.

‘She walked past me and then she tried to take my girl, Tilly. They didn’t try and get any of the boys it was Tilly they wanted.

‘She grabbed her and tried to run and then I went after her. She was trying to strap Tilly’s legs.

‘When I managed to get Tilly back, she started hitting me with the strap. I was shouting because I thought there must be someone around to help me.

‘My other dogs were running with me and when I got Tilly back, I just ran and didn’t look back.’

The attack on Thursday took place at the town’s Perchy Pond, close to where Gayle lives.

She added: ‘I went up there about 3.30pm – it’s quieter then as a lot of people are picking their kids up from school.

‘I’m a dog walker and have never had any issues, but I suppose all it takes is one person. Thankfully I met a man who was out walking his collie.

‘He put his dog in his car and walked me down to my home and made sure I was okay.’

Gayle described both attackers as being in their late 20s, with neither speaking English.

The man was around 6ft and wearing all black, while the woman was approximately 5ft 6in, wearing skinny jeans, white trainers and a black jacket.

Gayle, who is now recuperating at home after her ordeal, said: ‘One of my dog walking clients is a nurse so she came down and patched me up. I didn’t want to go to hospital and leave the dogs.

‘Tilly is 10 so she’s an old dear. She’s very quiet at the moment but I called the vet and she’s told me to keep an eye on her.

‘I just want people to be aware before they go up there. It’s not going to put me off going up to the Perchy but I’ll be watching what I’m doing.’