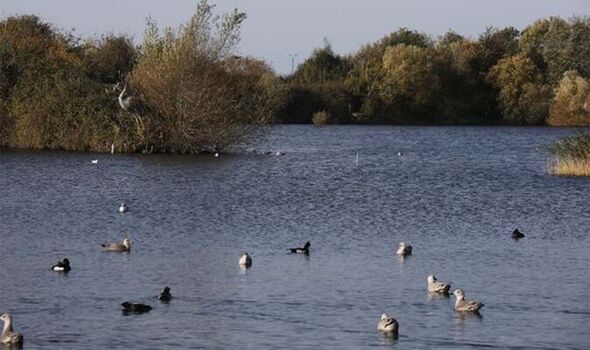 Brickfield Pond in Rhyl, North Wales, is “overrun” with rats, locals have warned. Talking about the pests, they say that the rodents are known for “scurrying across the road” and depleting birdlife in the surrounding area.

Visitors say that the rats are so numerous they swarm up trees in search of eggs in birds nests. They also say that the infestation has shocked holidaymakers at a nearby caravan site, making them reluctant to visit, North Wales Live reports.

The finger of blame has been pointed at two women who are said to distribute feed at the beauty spot each day. Attempts by Denbighshire Council to tackle the problem met initial success but residents complain rat numbers are exploding again. It is said the pesky rodents often hang around paths and picnic tables waiting for their daily feed.

Some people are happy to see rats as they help to clean up food and litter dropped by human visitors. Others complain that dog poo and vandalism is a bigger issue at the nine-acre former clay pit.

Last week, Sue Nelson told North Wales Live she counted 22 rats as she strolled around the reserve’s 1km perimeter path with her two dogs. The previous count was 19, then 20.

“The rats almost define this place now,” sighed the retired college lecturer, 74. “Which is a shame, as it’s such a beautiful place.”

Rat complaints at Brickfield stretch back at least a decade. In 2014 it was dubbed “rat central” in a Tripadvisor review by a mum who grabbed her two kids and “fled”. By the first lockdown in 2020, rat numbers were reported to be out of control, with a woman describing her visit as “horrendous”.

“I have never been so disgusted,” she wrote. “My granddaughter was absolutely petrified. We ended up shouting and making a noise in the hope of scaring them, to no avail.”

With Ann Hughes, a retired social worker, Sue lobbied Denbighshire Council for vermin control in 2020. It responded by setting out a series of baited rat boxes at Brickfield. According to Sue, there was an immediate improvement.

“The following spring we began to see many more mallards, coots and moorhens by the pond,” she said. “The swans had four cygnets and managed to raise them all.”

By spring this year, breeding rates had slumped again. Walkers blame two older ladies who they claim routinely feed the rats and “resist all efforts at persuasion”. 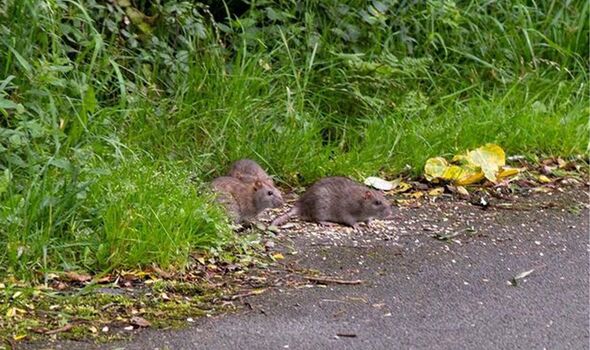 Some confrontations can become heated, said Sue. “Last week one of the women called me a k***head as she walked past,” she said. “I’ve been called many things but never that!”

One mum complained the women shouted at her children, aged five and six, when they scared pigeons away from the seed she puts down for them and rats. “She called them horrible kids,” she said.

According to Brickfield regulars, the rats have become “brazen” as people amble along paths, scampering away only at the last moment. Sue believes they have developed some kind of Pavlovian response to their daily feeding routines.

“You can set your clocks to the times the woman come to feed,” she said. “They arrive at 5pm each day. One lady puts out bird feed for the pigeons in the car park, then places bread by the rat runs and holes.

“The second woman brings meticulously cut cubes of brown bread which she puts down the rat holes. On the odd day they don’t come, you can see the rats hanging around waiting for them.”

Those campaigning for vermin control claim the rats pose a danger to human and canine health. Sue has vaccinated her dogs against Leptospirosis and fears rat infestations carry a risk of transmitting Wheals Disease, a particular threat to children.

Others say the problem is exaggerated and that rats are “misunderstood”. One woman wrote on Facebook: “They are more scared of us than we are of them. I litter pick every day and the cans, bottles and wrappers dropped is a disgrace. At least the rats don’t leave this kind of mess.”

Denbighshire Council said it is aware of the problems and has taken steps to tackle them.

A spokesperson said: “We would ask people not to leave feed along the burrows and paths surrounding Brickfield Pond.

“Our Countryside Service has made timber-framed signage at the site to discourage visitors to the site from directly feeding the rats. We also pulled our own bird feeders from the site to assist in reducing the number of rats at the site.

“Bird feeding tables have been placed in the area to allow any feed to be left by visitors in a more responsible way.”