Two more arrests have been made by police investigating the fatal stabbing of 14-year-old Dea-John Reid in Birmingham.

West Midlands Police said they detained two teenage boys – a 14-year-old from Wolverhampton and a 16-year-old from Great Barr – on Saturday morning after “acting on information”.

The pair are being held in custody on suspicion of murder.

Three others have already been charged with murdering Dea-John.

Michael Shields, 35, of Castle Bromwich, appeared at Birmingham Crown Court on Friday and is due to stand trial next year. He has been remanded in custody ahead of a plea hearing on 5 August.

George Khan, 38, of Birmingham, and a 14-year-old youth who cannot be named for legal reasons appeared at the city’s magistrates’ court on Friday. They have been remanded in custody to appear at the crown court on Tuesday. 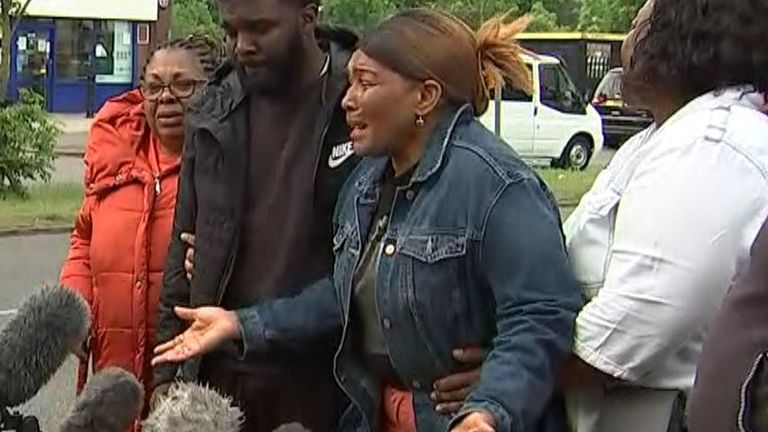 Dea-John Reid is understood to have been chased in College Road, in the Kingstanding area of Birmingham, at about 7.30pm on Monday, before being attacked.

Police say his family are appealing for calm following “social media rumours encouraging trouble in retribution for the teenager’s murder this weekend”.

His mother, Joan Morris, has described him as an “incredibly talented young boy”.

“I sent my son to play football and he didn’t come home. What am I supposed to do?” she said.

Police say their enquiries are continuing and anyone with information should use the live chat facility on the force’s website or call 101.