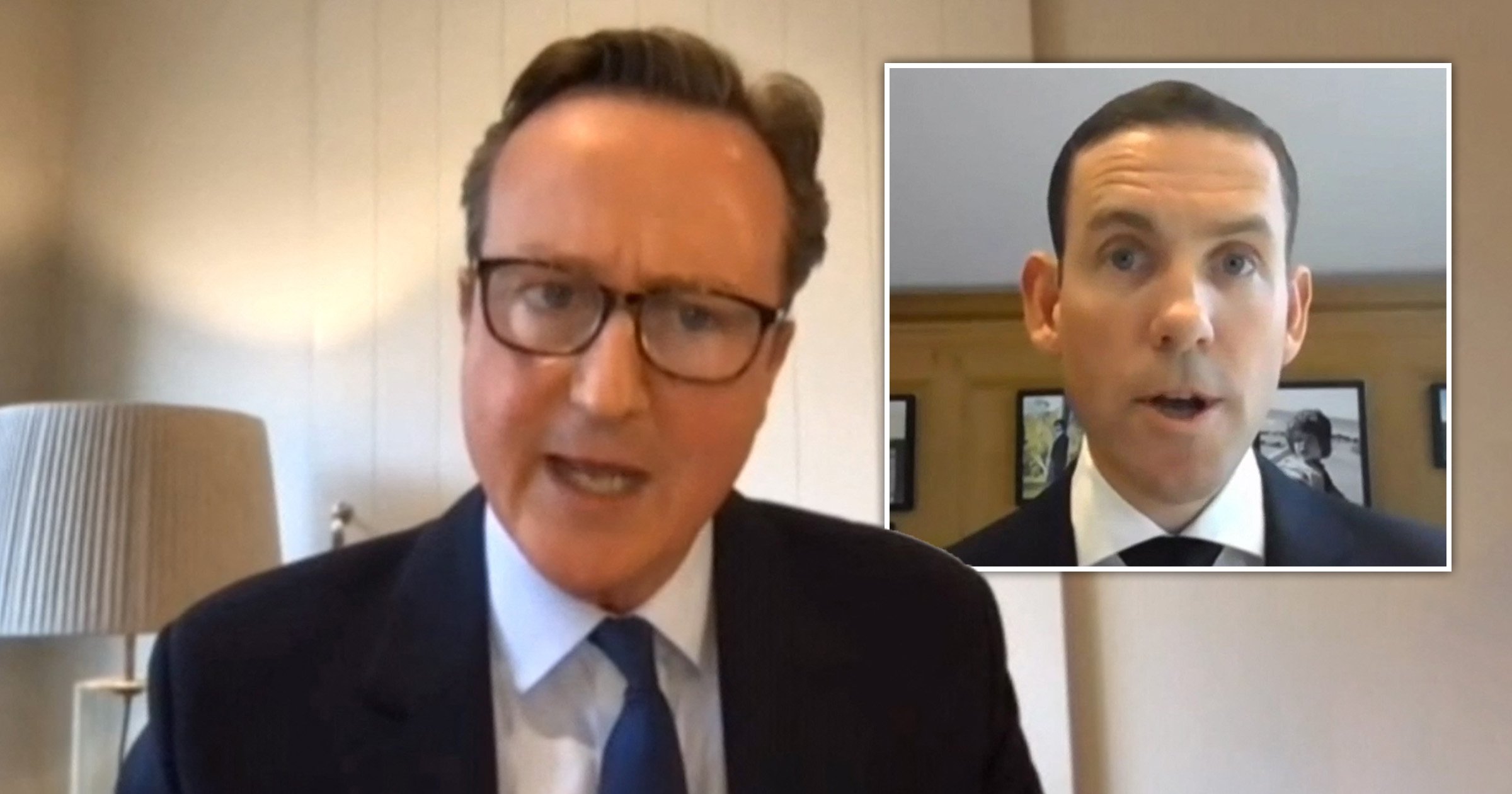 David Cameron refused to say how much he earned while lobbying for the collapsed Greensill Capital firm – but said it was more than his £150,000 salary at Number 10.

The former Conservative Prime Minister admitted he had a ‘big economic investment’ in the company but insisted that did not motivate his intense lobbying of the Government as the coronavirus crisis struck.

During a grilling from MPs in Parliament on Thursday, Mr Cameron’s communications were described as ‘more like stalking than lobbying’, by Labour’s Dame Angela Eagle, who asked if he was ‘at least a little bit embarrassed’ about his behaviour.

The ex-Conservative leader conceded that he had ‘lessons to learn’ and should have used a single formal email or formal letter rather than numerous Whatsapp message.

He branded the hearing a ‘painful day’ as he gave evidence over his controversial lobbying of senior figures including the Chancellor Rishi Sunak, but dismissed suggestions he could have made £60 million as ‘completely absurd’.

Mr Cameron placed calls and sent dozens of texts and emails to ministers and senior officials as he appealed for their help in gaining access for Greensill to Government Covid support programmes.

Appearing virtually before the Commons Treasury Committee, he insisted there was ‘absolutely no wrongdoing’ in his actions and defended his lobbying efforts, but accepted that former prime ministers ‘need to think differently and act differently’. 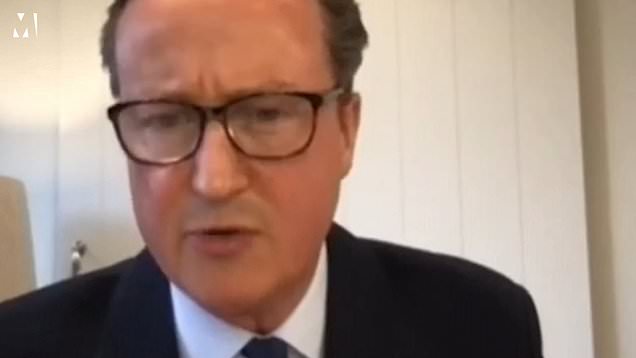 He repeatedly refused to tell the MPs how much he stood to gain from his involvement with Greensill, saying only that he had a ‘big economic investment’.

‘I was paid an annual amount, a generous annual amount, far more than what I earned as prime minister, and I had shares – not share options but shares in the business – which vested over the period of time of my contract,’ Mr Cameron explained.

‘I had a big economic investment in the future of Greensill, so I wanted the business to succeed, I wanted it to grow.

‘The fact that I have this economic interest… that’s important, but I don’t think the amount is particularly germane to answering those questions, and as far as I’m concerned it’s a private matter.’

The former PM insisted: ‘The motivation for contacting the Government was that I thought we had a really good idea for how to help extending credit to thousands of businesses.’

But committee chairman Mel Stride told him: ‘Many people would conclude at the time of your lobbying your opportunity to make a large amount of money was under threat.’

Mr Cameron replied: ‘I have spent most of my adult life in public service. I believe in it deeply. I would never put forward something that I didn’t believe was absolutely in the interests of the public good.

‘I did not believe in March or April last year when I was doing this contact there was a risk of Greensill falling over.’

Mr Cameron refused to tell the committee chairman whether his salary was higher or lower than £1 million – instead describing the ‘generous’ salary as what ‘someone in my position at a bank or what have you’ might earn.

He said he was not offered a job by Lex Greensill, who had been an adviser to the Government while Mr Cameron was in No 10, until after he had resigned as prime minister.

He described opposition to Greensill’s access to the Government-backed loans as ‘nuts’ and ‘bonkers’ in the exchanges. 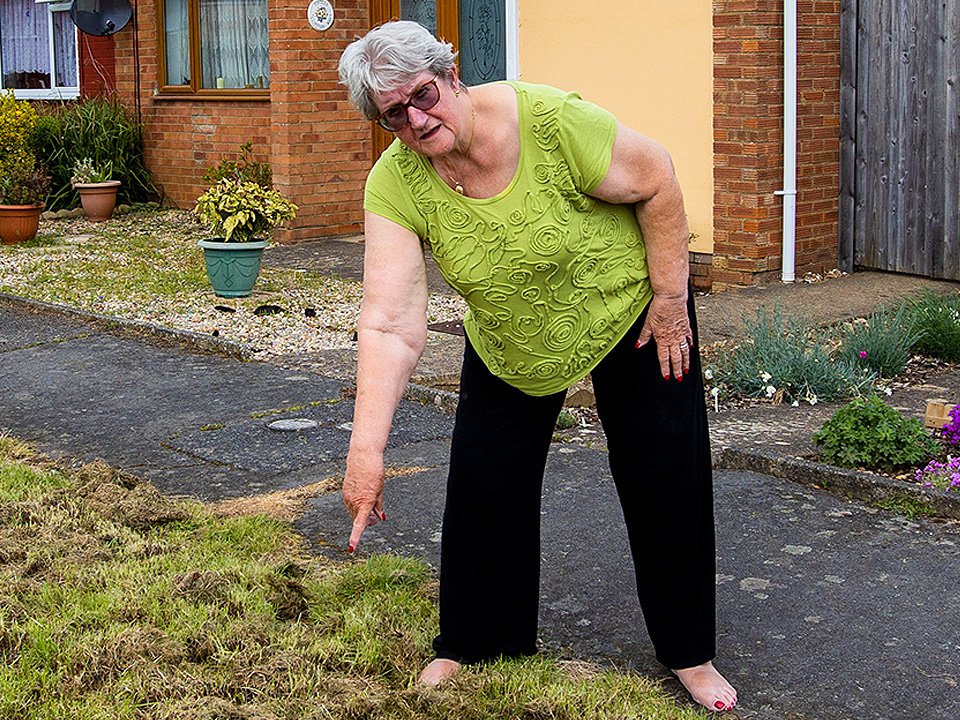 But Mr Cameron insisted ‘I was not employed as a lobbyist – and lobbying the UK Government was never intended to be part of my role’.

MP Siobhain McDonagh quoted a speech on lobbying Mr Cameron had made in 2010, in which he described lobbying as ‘the next big scandal waiting to happen’.

Greensill was placed into administration in March, threatening thousands of UK jobs at Liberty Steel which was dependent on its finance.

The Financial Conduct Authority is formally investigating its collapse, having received allegations that were ‘potentially criminal in nature’.